7 Firework Pranks We Did On Mr. Daley Today Before Someone Told Us That His Wife Of 62 Years Had Just Died 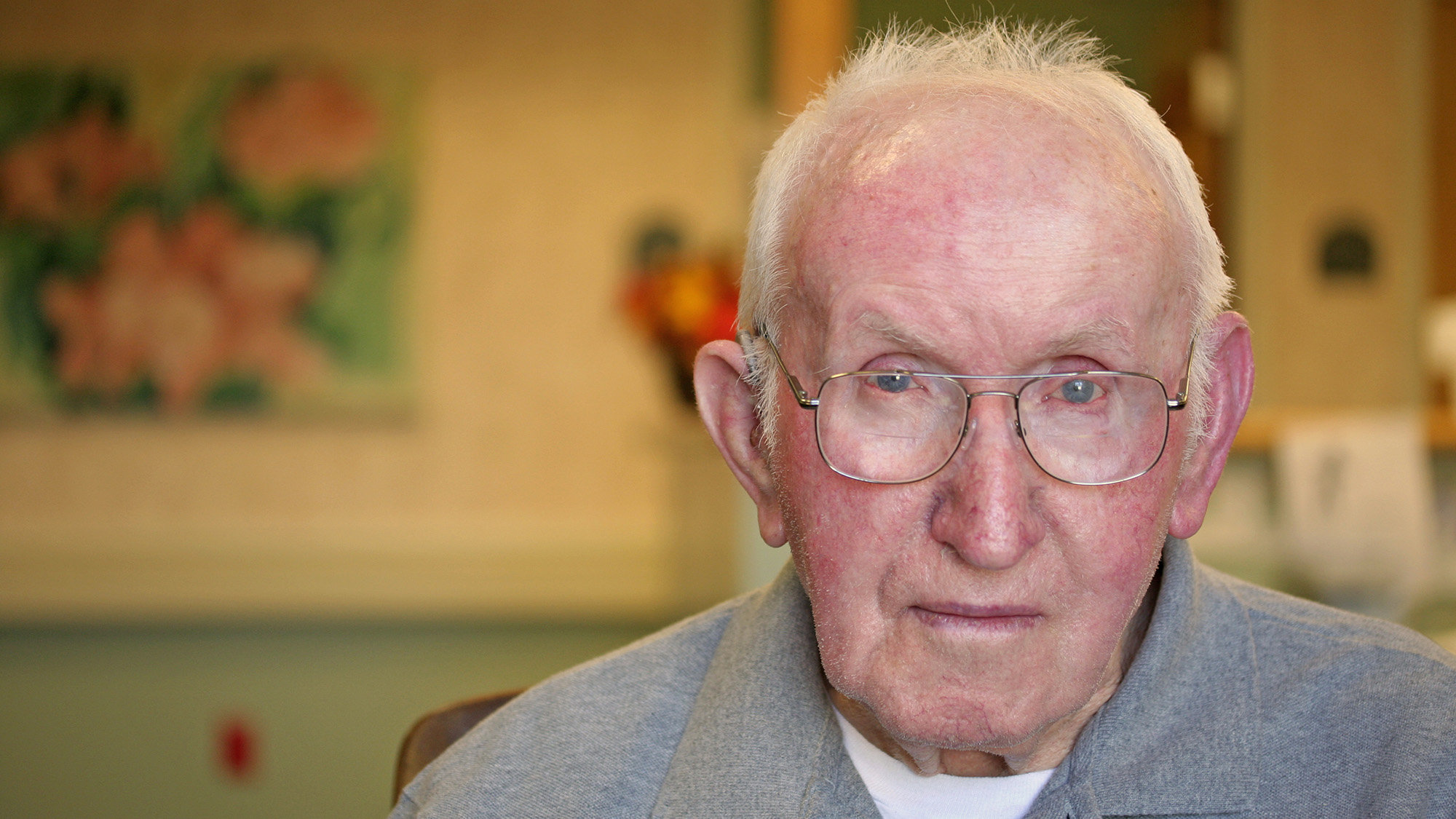 Mr. Daley is a mean old man who once called the cops on us for playing paintball in the empty lot next to his house, and we like to do pranks on him because it is funny. Apparently his wife of 62 years just died from a bad disease, but we didn’t know that when we did a bunch of awesome fireworks pranks on him today.

1. Denting the hell out of his garage door with Roman candles: The first fireworks prank we did on him today wasn’t even intentional. Caleb, Ryan, and I were shooting off Roman candles out in the street, and Caleb accidentally dropped his candle on the ground. It blasted six shells right into Mr. Daley’s garage door, and we expected Mr. Daley to storm out and get really upset like he always does, but this time he sort of just leaned out the front door and shook his head somberly at us. It wasn’t the big reaction we usually get when we mess with him, so we knew we needed to prank him again. Little did we know that his lackluster response was because he had just driven back from the hospital after watching Mrs. Daley die from some old-person disease she’d had for a while.

2. Tricking him into turning up his hearing aids before dropping a string of super-loud firecrackers down his chimney: Soon after the first prank, we had an idea for an even better one. Basically what happened is Ryan, whose voice is changing and who can impersonate grown-ups really good over the phone, called Mr. Daley pretending to be an auditory specialist and convinced him to crank up the volume on his hearing aids for “recalibration purposes.” Then, as soon as he turned up his hearing aids, I dropped a string of lit Black Cats down his chimney and scared the living crap out of him! Pop-pop-pop-pop! He fell to the floor clutching his ears, and we just laughed and laughed and laughed. We expected him to run out and start yelling at us, but instead he just stayed on the floor in fetal position for a while. In retrospect, this was probably because he was feeling sad and defeated on account of his dead wife.

3. Throwing an M-80 down his sewer drain while he was on the toilet, a.k.a. “The Hillbilly Bidet”: Peeking through the window, we saw Mr. Daley eventually get up off the floor and stumble over to the bathroom, and this immediately sparked an idea for a new prank. My older cousin gave me an M-80 that I’d been saving for just the perfect occasion, and it was clear to me in this moment that I should set it off in Mr. Daley’s sewer pipe while he was on the toilet. So I did. And, oh my god, it was incredible. We couldn’t see into the bathroom (the blinds were closed), but as soon as the cherry bomb went off, we could hear the sewer water blasting through the pipes and exploding out of the toilet like a geyser. Moments later, Mr. Daley staggered out onto his back deck, pants around his ankles, covered in poop and pee, and he just looked at us and sobbed. “Ohhhhh, he’s crying! What a pussy!” we yelled, incorrectly assuming he was crying just from shame and not also because he was going to be alone the rest of his life. He looked so pathetic. We could even see his gross old-person dick through his wet tighty-whities. Had we known he was grieving, we probably wouldn’t have roasted him so hard.

4. Bombarding him with those little tank fireworks and possibly maiming a bird he believed to be his wife: Rather than going back inside to dry off, Mr. Daley, still soaked in his crap and piss, went and sat in the loveseat on his deck that he used to sit on with his wife and gazed out at his birdfeeder. Now, by this point, we probably should’ve realized something was wrong. When Ryan talked to him on the phone, Mr. Daley initially asked if he was calling about “the burial arrangements,” and when we later peeked through his windows, we could see some flowers and cards lying around, and also his wife’s wheelchair was just sitting there empty. Caleb’s mom had even brought him a casserole earlier, although we didn’t think to inquire why. The signs were there, but we just didn’t put two and two together. Instead, we decided to prank him again. Sneaking up from both sides of the yard, we simultaneously set off a dozen of those little army tank fireworks, which then rolled wildly across the back deck blasting spark missiles everywhere. At first, Mr. Daley just looked frightened, but then one of the spark missiles hit a blue jay hovering near the birdfeeder and seemed to hurt it, and that really crushed his spirit. “‘Blue Jay’ was my pet name for her,” he muttered in a real sad way. “I’d never seen a blue jay at our feeder before.” We didn’t know how to react to that, so we set off a few more tanks and ran away.

5. Scaring him very badly with a shoebox full of firecrackers: An hour later, I went to Mr. Daley’s house carrying a shoebox and rang the doorbell. When he answered the door, I apologized for shooting off the tanks on his deck and told him I’d found the injured blue jay and that it was inside the shoebox. But little did he know that inside the shoebox was actually another string of Black Cats. When Mr. Daley opened the shoebox to look at the blue jay, I lit the Black Cats, and they exploded all over the place, scaring him so bad that he had to sit down and clutch his chest. I was dying laughing! But then, suddenly, Father McLoughlin from the church down the street appeared at the door and told me I was being very insensitive and needed to leave. He then put his arm around Mr. Daley and ushered him back inside. I had never seen a priest at Mr. Daley’s house before, and I immediately assumed that they were doing secret pedophile stuff together (they both look like they could totally be molesters). I still haven’t ruled that out entirely, but it seems more likely now that Father McLoughlin was just there comforting him.

6. Denting his garage door with Roman candles again: We decided to shoot some more Roman candles at Mr. Daley’s garage, but this time he didn’t even bother coming out. Instead, Father McLoughlin walked out carrying a big box of stuff and told us, “Boys, seriously, now’s not the time.” He left the box at the curb and went back inside.

7. Running through Mr. Daley’s house with smoke bombs while dressed in his dead wife’s clothes: Turns out the box that Father McLoughlin left at the curb was full of Mr. Daley’s wife’s clothes, and so obviously we needed to use them in a prank somehow. What we ended up doing was we each put one of the dresses on, and with lit smoke bombs in our hands, we charged into the house and ran in circles around Mr. Daley and Father McLoughlin, screaming “Molesters! Molesters! Stop molesting us!” and things like that while colored smoke filled the room. Mr. Daley looked super disoriented and was moaning “Blue Jay” over and over, and we thought that was funny as hell. But then Father McLoughlin got real mad and yelled at us, and that’s when he told us Mr. Daley’s wife had just died. It got super awkward after that, so we left. Even worse, Father McLoughlin called all our moms and tattled on us, and now I can’t play Fortnite for a month. I realize now that the firework pranks were kind of rude, but I don’t feel that bad about it. Mr. Daley is mean and probably racist, too. I’ve never seen him do anything racist, but you can just tell. We’ll probably wait a week or so for him to stop feeling sad about his wife and then do more pranks on him.