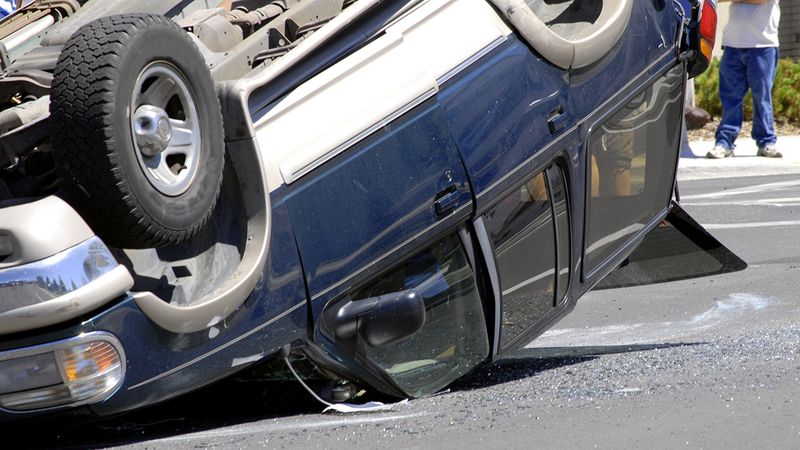 Last week, I was out with my 8-year-old son, Emerson, when, out of nowhere, an SUV skidded out of control and pinned him to the pavement. Some deep maternal instinct kicked in, and suddenly I was overcome with superhuman strength. Here are some of the things I lifted.

Look, I now know that I should’ve lifted up the car that was crushing my son, but I didn’t realize that in the heat of the moment—it’s not like I had time to sit down and think things through. So I decided to lift up a huge concrete bench and carry it over my head for a while. Emerson was screaming, and I was scared, and I didn’t know what to do.

And not just any mailbox—it was one of those big metal USPS ones that they have bolted into the sidewalk, and it was full of mail. When I saw my special little guy pinned under that car, I ripped this mailbox right out of the ground and shook it wildly over my head. Letters were flying everywhere. I am 5-foot-4 and 118 pounds.

I heard Emerson yelling at me to pick up the car, and so I did. But it turned out that it was a different car. There was an elderly couple inside of it, which I realized almost immediately, but my hysterical strength had pretty much taken over, and I flipped the car onto its roof and proceeded to kick massive dents into the doors.

There was an ice cream shop right there, so I walked in and ripped the soft-serve machine out of the floor and tossed it in circles over my head like pizza dough. A mother is capable of extraordinary things when her child is in danger. I wish Emerson had been trapped under that soft-serve machine instead of the car.

This wasn’t heavy at all, but I picked it up anyway and waved it around in the air.

Emergency crews were on the scene within minutes, and I stormed right over to the first EMT I saw and bench-pressed him high in the air. I slammed him against the side of the ambulance and carried him probably three or four blocks. Luckily, the other EMTs who responded were able to attend to Emerson while I was throwing their colleague into an awning. I was so strong you wouldn’t believe it. I wish there was a video of this.

At this point, things get a little blurry in my memory, but I recall going back into the ice cream shop and once again hoisting the soft-serve machine over my head. Ice cream was dripping all over my face, and everybody was screaming. Firefighters and EMTs had already rescued my son. I stayed really strong for probably another hour.