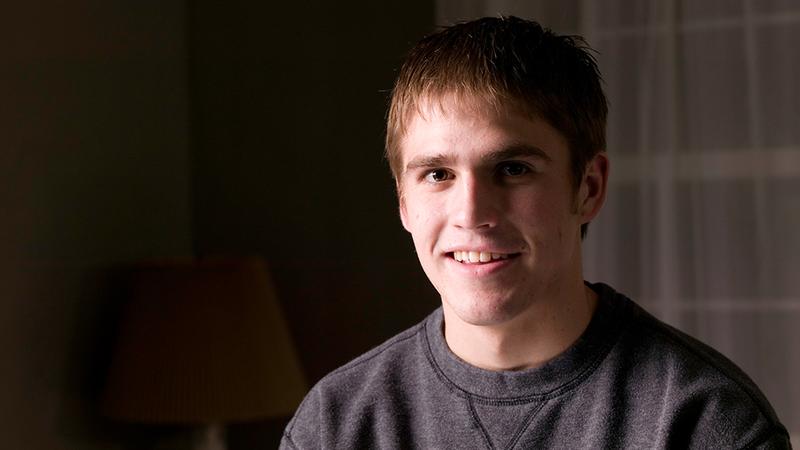 Is your lackey starting to grow a spine? You’d better nip that in the bud. Here are seven ways to stamp out your pushover friend’s newfound confidence so he stops not letting you walk all over him!

1. Insist that he always smells terrible: Yup, everyone’s got that one friend who suddenly grows a pair and starts abandoning his role as your right-hand flunkey to be his own man. Giving him the impression that his body odor and/or breath constantly reeks of shit will make him way too insecure to follow through on his threat to hang out with someone else if you don’t stop pressuring him to steal money from his parents. If you’re willing to go the extra mile, pick up animal repellent at a hardware store and spray some on his clothes when he’s not looking so people will actually be repulsed to be near him! Your newly emboldened friend will shrivel right back down to size.

2. Make fun of him for stuttering even if he doesn’t stutter: This is perfect for when you tell your friend to get you lunch and he responds, “Well, maybe you can get it yourself this time.” Do enough vicious impressions of him struggling to get the words out, and he’ll eventually go get you lunch just to escape your cruel, baseless taunts. You’ll know the dissent has been effectively squashed when you can tell he’s focused on speaking as clearly and smoothly as possibly while he asks what kind of chips you want.

3. Convince him that when he sticks up for himself, it comes off as arrogant: If your friend has the nerve to tell you off after you call dibs on the girl he just privately admitted to you that he has a crush on, tell him he’s been acting really full of himself lately. Lying about how all your peers are wondering when he became such an obnoxious prick who can’t take a joke is a fantastic way to taper back that budding self-assurance of his. Soon enough, you’ll have your broken-spirited drudge looking on powerlessly as you make out with the girl of his affections, where he belongs! You owe this to your little stooge.

4. Photoshop an embarrassing nude photo of him and circulate it online: The humiliating anxiety he’ll feel over knowing it’s not real yet realizing everyone he knows has seen it and believes it’s authentic will make him think twice the next time he refuses to skip work to drive you to the mall. Remember: You’re his boss!

5. Only refer to him by cruel nicknames and never explain their meanings: Never allow him to feel comfortable in his own skin, even for a second! Punctuate all his achievements, big or small, with “not bad, Gate Face” or “congratulations, you Gravel-Toed Bitch” or “looks like Queen Shriveled Powder got lucky.” They don’t even have to make sense. The mean-spirited ambiguity of them will get the wheels of self-consciousness turning in his mind just thinking about what they could mean, which is all he’ll need to cower back into your shadow once again.

6. Sabotage all the friendships he has with people who are supportive of him: Whether it’s convincing your friend that people are only nice to him because they think he has a mental issue or telling someone who’s a positive influence that he has a journal full of weird sex fantasies about them, you’ll thank yourself later by isolating your underling from anyone who might elevate his self-esteem beyond the dribbles of nothing it needs to remain as. He’s actually happier as your shrew, trust us!

7. Weaponize guilt by telling him his every act of defiance makes you think he hates you: Your friend needs to understand that your kindness is predicated on his complete and utter submission to you, so pretend you feel incredibly betrayed when he shoves you back while you try to push him into the women’s bathroom. This is how he treats you, his old pal? After all you’ve been through together, how could he be so petty? You only tried to be a buddy. Why does he hate you so much? Yup, go for the Oscar here. Let him get away with defending himself against your headlocks and roughhousing just once, and who knows how far he’ll go to prove he’s not your doormat.