7 Words That Have No English Translation 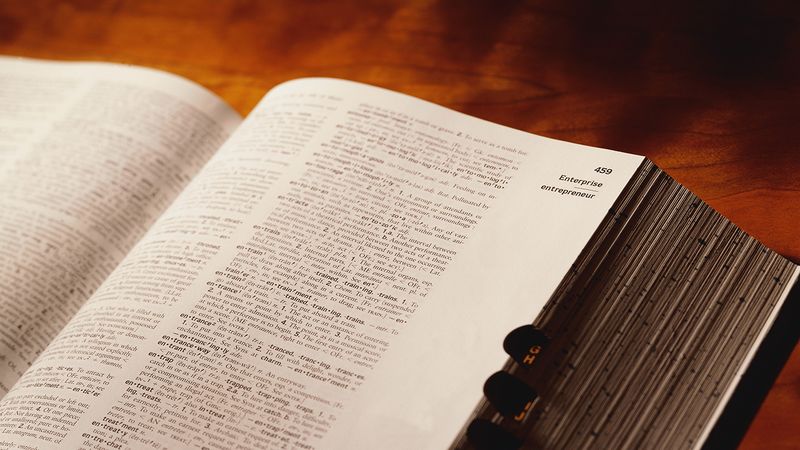 English doesn’t always have the words we need, and there are some concepts that can only be described using words from other languages that have no English equivalent. Here are just a few of our favorites!

1. Vorf (noun, French): The inescapable feeling that somewhere at the bottom of the ocean there is an oyster that knows your address.

Example Sentence: Right in the middle of my son’s piano recital, I was gripped by an overpowering sense of vorf, and I smiled because I liked knowing that an oyster knew where I lived.

2. Slorb (verb, Japanese): The act of putting on a belt with a buckle that says “I LOVE FOOD” as a response to a national tragedy.

Example Sentence: When my father heard about the Challenger explosion, he slorbed, and his belt buckle that said “I LOVE FOOD” glimmered in the sun.

3. Sneem (noun, Russian): The small blast of hot air that escapes through a keyhole when a lizard bursts like a balloon behind a locked door.

Example Sentence: I heard the iguana burst, and I got right up close to the keyhole so that I could feel the hot sneem on my face.

4. Kriff (noun, Swedish): A dog who has witnessed a murder and said “Yes, I like this” while watching the murder unfold.

Example Sentence: The dog that lives in my house is a kriff who witnessed the murder of a hardworking, loving man and said, “It’s amazing that this man is getting killed, and I love being a dog.”

5. Milmuss (noun, Spanish): The deep, wailing noise an adult man makes when he opens a cupboard expecting to find only one jar of jelly and instead finds several jars of jelly.

Example Sentence: My father recently opened our cupboard, and his milmuss woke the neighbors.

6. Kloyfe (verb, every language except English): The act of openly rooting for Bowser and his evil servants in their eternal fight against Mario and Luigi.

Example Sentence: No matter how hard I kloyfe, Bowser and his brave Koopa soldiers are constantly defeated by the heroic plumbers named Mario and Luigi, and this is why I am openly weeping while making love to you right now.