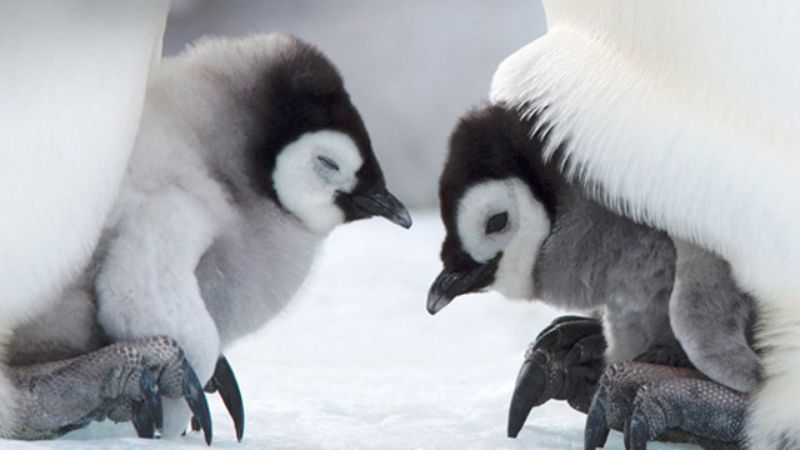 Can’t get enough baby penguin photos? Neither can we. But do any of them have what it takes to go up against Hillary?

Look at this fluffy little guy! He might make us squee with delight, but the Clinton Machine is a sleeping giant due to wake up any day now. He’ll be obliterated.

Cutest. Penguin. Ever! But Hillary’s fundraising network alone would rip it to shreds. He’s just not a realistic contender.

Somebody’s sleepy! Better keep one eye open, precious. Even other Democrats who have hinted at mounting a 2016 campaign have been told to tone it down by their own party.

OMG! Be careful taking those first steps, buddy—especially those first steps toward the White House. Hillary’s historic candidacy is still only hypothetical, but the 66 percent of polled women who would support her sure aren’t.

“Hey! You better not think about running against Hillary in today’s climate. Even anti-Obama moderates will remember the economic prosperity of the ’90s.”

Could the specter of the Benghazi controversy really overshadow her role in the killing of bin Laden AND the deposing of Qaddafi? This little snuggle buddy is in for a rude awakening in November 2016.

This little poof-ball can go on the Sunday shows all he likes and declare over and over that Hillary probably won’t even run. Wishful thinking, sweetheart. Hope you have a concession speech prepared.

This huggable dickens might argue that the American public doesn’t like a coronation. Wasn’t “inevitability” Hillary’s exact problem in 2008? Well, 2008 was a long time ago. Obama supporters see Hillary as humbled now. There’s no such thing as a sure thing in politics, but this is as close as they come. Be careful not to slip, little buddy!