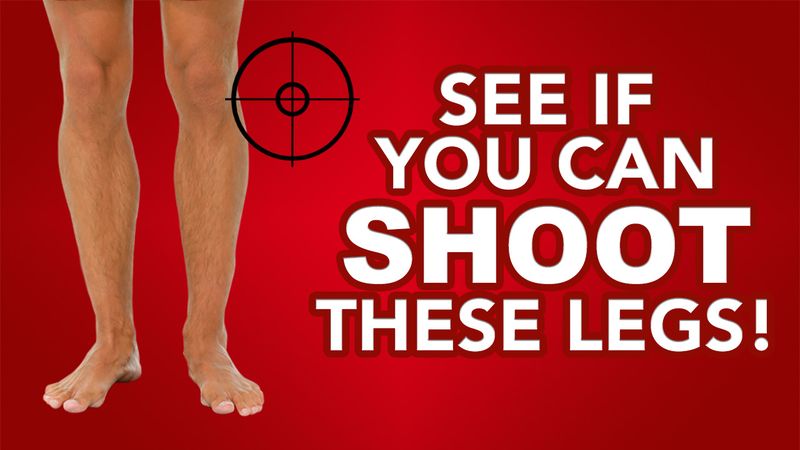 In the last week I have gotten eight banner ads for my own legs while browsing the internet. I don’t know where the ads came from or why they are for my legs. But here they are.

I was reading an article on The New York Times website when I saw this first banner ad for my own legs. Normally, I probably wouldn’t recognize my legs, but the legs in the ad were clearly cropped from a picture of me on vacation with my family. I looked at the legs in the ad, then I looked at my legs, and I saw that they were the same. It didn’t make sense to me, and I still don’t understand it.

2. The One That Advertised My Legs’ Soothing Aromatic Scent

When I saw the ad that advertised my legs’ soothing aromatic scent, I was very confused. My legs smell fine. I shower regularly, and keep my body odor under control for the most part. But I would not describe my legs as soothing or aromatic. This ad for my legs appeared on Slate.com, a website I have not visited since seeing my legs advertised on it.

3.The One That Was One Of Those Games Where You Try And Shoot Something But The Thing You Were Trying To Shoot In This One Was My Legs

I didn’t like seeing my legs being used as a target that you were being encouraged to shoot at in this ad. But I did play the game. It wasn’t very hard, because my legs weren’t moving very fast in the game. These just kind of scuttled from side to side, and I shot them almost immediately. When I shot my legs, it redirected me to a page that had a picture of my legs and text that said, “These Good Legs Are For Sale.” Then my computer froze.

4. The Pop-Up Trailer For My Legs That Ended With The Words “Coming Soon”

I was trying to read an article in The Atlantic when this pop-up came out of nowhere and started playing some kind of trailer for my legs. At the end, it said “Coming Soon,” which doesn’t make any sense to me.

5. The One That Had A Testimonial From Sam Waterston

I have never met Sam Waterston, so I was really thrown when I saw a banner ad that included a testimonial from him. If anyone is in touch with Sam Waterston, I would really appreciate it if you could encourage him to reach out to me. I need to ask him about the ad for my legs that he is in.

6. The One That Was An Attack Ad Against My Legs

Why would someone make an attack ad against my legs? I have no idea. But the other day I was on Facebook, and all the regular ads were replaced with this one. Whenever I clicked “Hide Ad,” it just came right back. I could not get rid of the attack ads against my legs on Facebook.

I don’t know what to say about this ad. I wish my legs were not in it.

8. The One That Gave Me A Virus That Crashed My Computer When I Clicked On It

I don’t know what I was expecting when I clicked on this banner ad for my legs. I guess I was just curious about what would happen. Well, what happened was I got a virus that crashed my computer. To be honest, I’m a little relieved to be taking a break from the internet. The ads for my legs were really stressing me out.