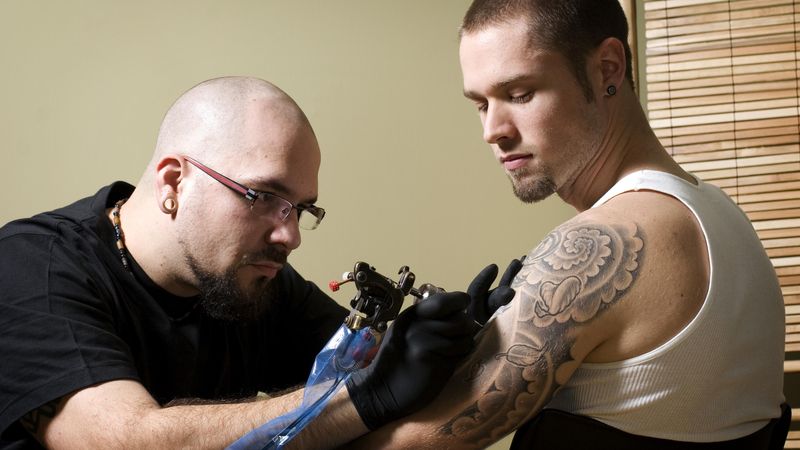 It takes unparalleled strength to stare death in the face and attempt something new, like going swing-dancing or drinking RumChata, but to actually come out the other side intact? That…well, that takes a true miracle.

1. Brave soul Brandon Walters of Reno, NV went rock climbing—Rock. Climbing.—despite never having done it before, and though he was near to meeting his maker dozens of times throughout the hour-long ordeal, he thankfully managed to walk away unscathed.

2. San Diego’s own Jeremy Mitchell got his first tattoo last weekend. That’s right, a permanent tattoo. No one saw it coming. Jeremy lives on, no longer an ordinary man, but instead a hero living amongst mere tattoo-less mortals.

3. Intrepid adventurer and native Bostonian Leslie Morrison, in a move that sent shockwaves through her friend group, daringly sent an email to a family friend asking—you may want to sit down for this—for some help finding a job. Although the tense experience caused no less than four minor panic attacks, she will miraculously go on to live another day.

4. Vermont native Samantha Jacobsen wasn’t sure if she’d survive her first Turkish food experience, but this hero kept her head down throughout her daring encounter and somehow came out the other side. Be careful if you try this at home.

5. Despite the obvious danger inherent in the act, Trevor Jeppson of Fort Worth, TX actually went to a movie—a movie in a movie theater—alone. How he amassed the steely fortitude to do such a thing is still not known, but he’ll always have the scars of Guardians Of The Galaxy to remember it by.

6. Indianapolis resident Michael Anderson accidentally let two different foods on his plate touch each other, and despite the jarring nature of the initial scare, he managed to eat both and walk away from the experience unmarred.

7. Marshall Johnson of Beaverton, OR decided to go to the new mall all the way across town. Somehow he survived a harrowing 25-minute drive, navigating the unfamiliar layouts of stores, and finding his car in the completely alien parking garage.

8. Deerfield Beach, FL resident Jennifer Wallace tried that restaurant down the street (yeah, that one) WITHOUT reading any reviews posted online. She also ordered the special, which—get this—wasn’t even on the menu. To top it all off, she brought leftovers to work the next day and ate them at her desk instead of in the breakroom. Words cannot describe Jennifer’s bravery.

Brought to you by Rumchata