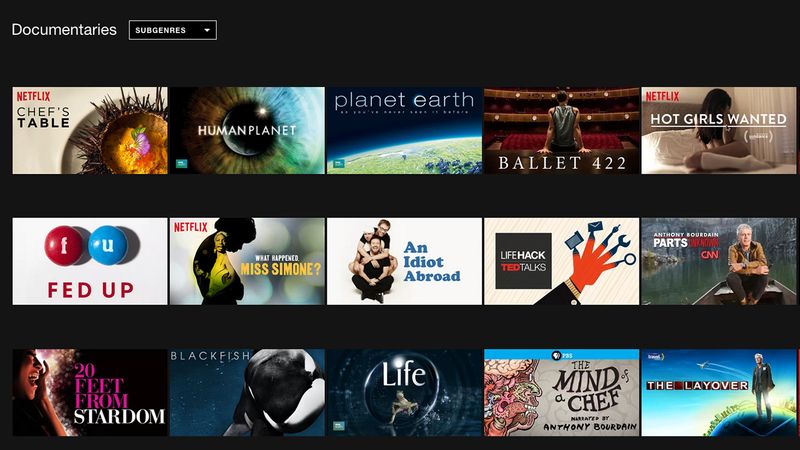 Sometimes you just want to kick back, relax, and learn something new. Here are eight Netflix documentaries that you definitely don’t want to miss.

1. Garnish Placers (2009): This fascinating documentary spotlights the garnish placers in some of New York City’s most high-end restaurants. Fans of the films Whipped-Creamers and Pepper Graters will love this flick.

5. Horse Spookers (2008): This captivating doc about the Welsh sport of competitive horse spooking took home the Grand Jury Prize at Sundance in 2009.

6. Murdertopia (1989): A documentary about a place called Murdertopia that apparently exists. Jesus Christ. Good thing you don’t live there, right?

7. Chorbsky (1994): Widely hailed as the definitive documentary about Chorbsky, this in-depth 190-minute film explores everything Chorbsky with no holds barred. No matter what you thought about Chorbsky before, prepare to have your point of view challenged.