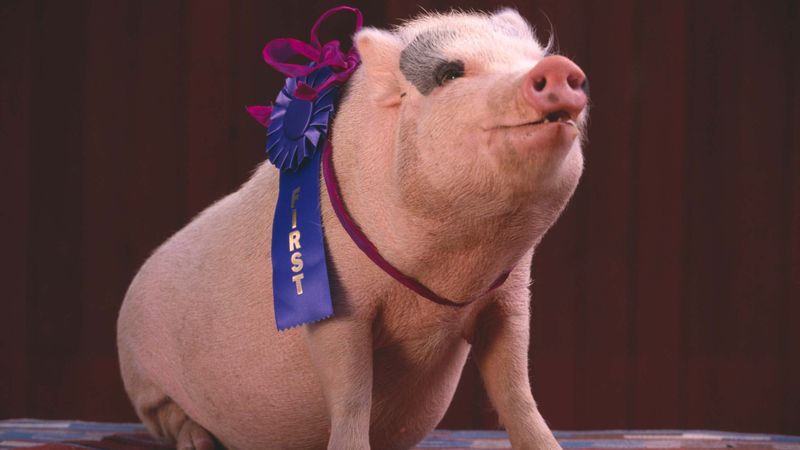 The judges may have said these hogs deserved the blue ribbon, but we all know the truth.

Everyone remembers 1997 as the summer of Big Mama, but you’re telling us that Kernel really deserved to take home the grand prize for a second year in a row? What a crock.

Melvin’s photogenic, we’ll grant you that. But this isn’t a beauty contest. There are a lot of other factors!

While it was nice that Mudflap was able to take home “First Runner-Up” in the summer of 2002, winning came with a $500 prize, and the fact is, Lindy didn’t earn it.

What the hell kind of name for a hog is “Timothy”?

So, we’re really all going to act like Sandy was the best hog of 2007? Of course, Margaret “Maggie’s Pies” Langford was head judge in 2007 (again) so should we really be surprised that the fix was in?

Actually, we think Blue Bell is a great hog, but she’s still a few years away from being a true champion.

All right, c’mon. This isn’t the fucking Amateur Hog League. This is Dunn County. This is fucking Prime Time. Why are we rewarding mediocrity like Tiptoe? Christ, the blue ribbon used to be reserved for hogs like Porky Robinson in ’69 and Marbles in ’86. Apparently, all you have to do is stuff a hog with corn and you win! Is this the fattest hog competition, or the best?!