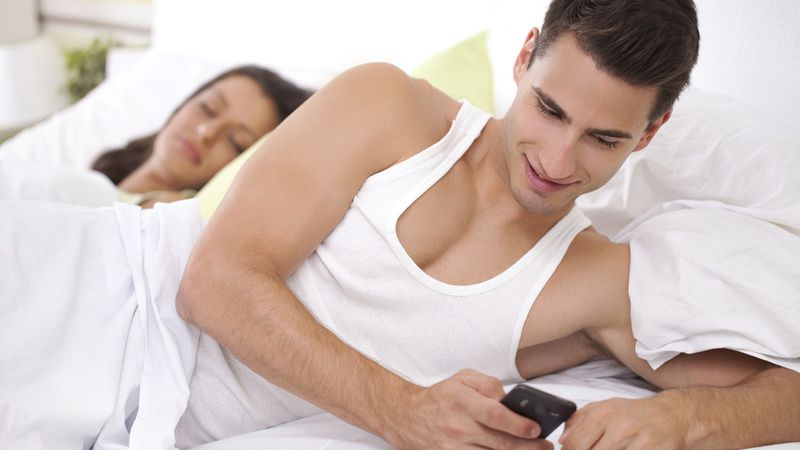 Got a hunch your guy might be sleeping around behind your back? Learn how to recognize these telltale signs of infidelity.

1. A hound barks thrice at dawn.

Maybe you haven’t caught him in the act of cheating, but if you hear a hound barking thrice at dawn, you might consider checking his text messages, because chances are he’s up to no good.

2. Five knots in the old oak tree, within each one a clover be.

He says that cute girl at work is just a friend, but the knots in the old oak tree tell a different story.

3. A prick of the needle bears no blood.

Has he been acting strange recently? Maybe he seems exhausted all the time. Maybe he hasn’t been answering his phone. Maybe you pricked him with a needle and he didn’t bleed. If that last thing is true, he’s found someone else.

4. In the moss on the stone is the mark of the mare.

So, you found the mark of the mare in the moss on the stone, and you’re wondering what it means. Here’s a hint: It’s time to dump his cheating ass.

5. A loss of a tooth on the Kalends of June.

Let’s think about this: He went on a “business trip,” and when he came back on the Kalends of June, he was missing a tooth? Time to put two and two together. Your man’s a cheater.

6. Five stones stacked high in the heart of the dell.

Stop pretending the stones you found stacked in the dell were pebbles, and admit to yourself that a certain someone has been less than faithful.

7. A youth’s head casts no shadow.

Hate to break it to you, but a young person’s head should definitely cast a shadow. If it doesn’t, your guy’s probably getting a little something on the side.

A good man burns. If his flesh is resistant to the flame, you deserve better.