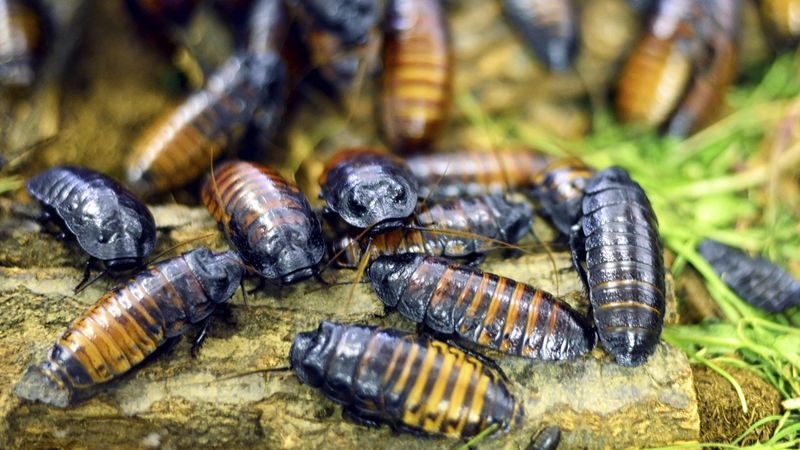 If, for whatever reason, you want your house to be crawling with beetles, these tips should help you out.

1. Keep your home warm and damp: Most beetles prefer a hot, marshy environment for raising their larvae, so if you indeed think turning your home into an indoor bug sanctuary is a good idea (we wouldn’t advise it, but to each their own), you’ll want to crank up your thermostat and place humidifiers near entryways.

3. Smear fecal matter in your doorways: Many beetle species are known to store their food in animal feces, so having fecal matter smeared in your doorways would be an inviting presence. Granted, it’ll smell terrible, but if you’re the type of person who’s trying to attract beetles to your home, then you probably won’t care about the odor.

4. Leave your trash cans open: Feces, garbage, whatever—if it’s disgusting, beetles will love it. Just to be clear, though, there really is no benefit to having beetles in your home, but at this point chances are you’re pretty committed to this thing.

5. Leave starch-based food products uncovered: If having clusters of beetles swarming all over your food is what you dig, good news: Just leave the starchiest stuff in your pantry uncovered, and the beetles will come sniffin’.

6. Let other bugs inside your house: Aphids and other soft-bodied bugs are like candy to beetles, and since you’re already apparently cool with hordes of insects scuttling all over your things, you might as well keep some around as bait.

7. Keep your doors and windows open: You’ll want to leave your home open and accessible. God forbid the beetles have to stay outside in their natural habitat.

8. Conduct a controlled burn in your yard: Look, we’re not here to judge. But having tons of beetles in your home is, objectively, an incredibly horrible idea. But if you truly insist, and you really want those beetles, then burning any brush or greenery in your yard will smoke the beetles out of their hiding places and force them to take shelter in your home. We don’t get it, but it’s your life.