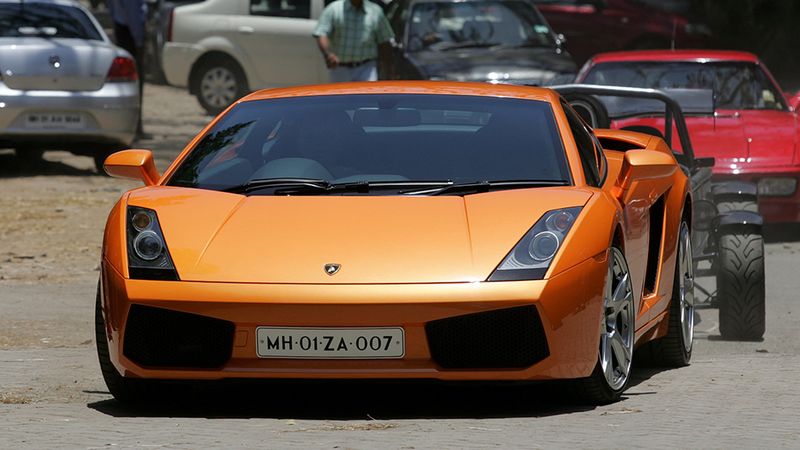 There’s nothing like hitting 150 in your Lamborghini on your way to the supermarket with a backseat full of rotten beef, but these nine frustrating things conspire to ruin it every time.

1. Your chatty neighbor catches you right as you’re leaving: It happens without fail—your talkative neighbor ambles up to you just as you’re getting ready to throw your Lambo in reverse and peel straight out of your driveway like a bat out of hell. This guy is always talking your ear off about some boring thing, whether it’s the benefit of refrigerators or how he just dropped top dollar on an industrial meat locker. He’s pretty much full of it, and with upwards of 30 pounds of beef rotting to shit in your backseat, you simply don’t have the time to shoot the breeze.

2. You can’t get a good radio signal: One of the most obnoxious downsides to absolutely flooring it to and from the supermarket is the fact that at 150 mph, it’s pretty darn hard for your Lambo to catch a steady radio signal. Whether it’s AM or FM, morning shock jocks or late-night tunes, the only sound you’re guaranteed to hear is a whole lotta static, mixed with the occasional wet smack of spoiled loose beef sailing past your head to hit the windshield anytime you need to stop on a dime. Eye. Roll.

3. You get chased down by a pack of wild dogs: It’s just a fact: Wild dogs are drawn to the scent of rotting meat like moths to rotting meat, and when you’ve got 30 pounds of decaying cow strewn about your Lambo, you’re going to attract your fair share of them. While throwing a few rancid sausage links out the window might seem like a good distraction tactic, remember that it’s going to be more difficult to get a refund for that beef once it’s in the belly of a wild animal.

4. You take the wrong Lamborghini: There are few feelings worse than getting halfway to the supermarket doing triple the speed limit before realizing that you left your 30 pounds of decaying meats in your other Lamborghini. Not only is it a major inconvenience to pull a U-ie in the middle of the interstate, but you can also bet that your beef will only have gotten more spoiled baking in the hot backseat of your other car sitting in your garage, the engine idling with the heat on full blast.

5. You accidentally leave the windows down: Three words: Unsafe. Beef. EVERYWHERE. While your neighbors might appreciate you gifting them the free rotten meat spewing from your open windows, which they can then return, remember that it will ultimately get you less of your money back when the grocery store clerk weighs your awful, past-date meat on the returns scale. Yup, that’s officially the worst.

6. You run out of gas: The last thing you want when you’ve got 30 pounds of spoiled beef in the backseat of your prized car is for that fuel gauge to hit empty. Now a 15-mile drive that was only supposed to take you two minutes is going to run you at least 10. You know not to use the curdling meat for fuel, as it will only power your Lamborghini up to 70 or 80 mph instead of the desired 150.

7. You forget the receipt: Now this one’s a real time suck. You’re at your supermarket’s returns desk, siphoning through your spoiled beef for the receipt, when it hits you: You left it in the perfectly good beef that you’ve been keeping under your carport. Now you’ve got to haul ass back home to grab the receipt and, if it’s been hot that day, maybe even a few additional pounds of freshly rotted driveway meat, before getting the refund you’re entitled to. Truly infuriating!

8. They don’t give you extra for the worms: Could the supermarket’s strict rules be more annoying? Admittedly, when you bought the meat, it didn’t have a single worm in it. But now that it’s spent a few weeks slowly spoiling on the hot pavement of your driveway, it’s got all sorts of good stuff crawling around in it, and frankly, you deserve to be compensated. Worms are essentially meat, and just because you didn’t actually buy them at the supermarket doesn’t mean that the butcher shouldn’t at least toss you a few two-for-one coupons when you heap 30 pounds of reeking beef plus at least one pound of primo worms on the deli counter.

9. Your house burns down while you’re gone: Talk about inconvenient, but it happens every time. Anyone who has ever driven their Lamborghini 150 mph to the supermarket to return rotten beef knows exactly what we’re talking about!