A Beautiful Gesture: Outback Steakhouse Is Attempting To Coax Amelia Earhart Out Of Hiding By Offering Her 200 Pounds Of Raw Steak From Any Of Its Restaurants 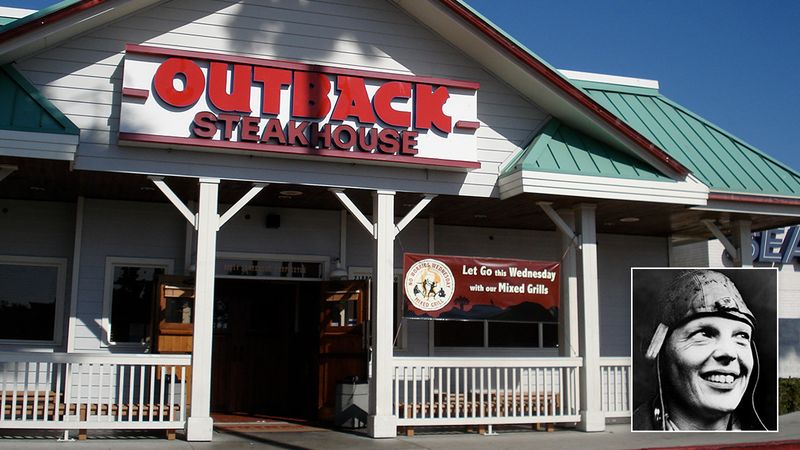 The internet is freaking out about Outback Steakhouse this morning, and the reason why is sure to brighten your day. In a statement released just hours ago, the restaurant chain announced that every single one of its current locations will be offering 200 pounds of raw steak to Amelia Earhart totally free of charge in order to coax her out of hiding!

Yes! Just yes! Amelia, if you’re reading this, Outback just did something incredible for you, and they want you to know that if you’re out there, you can pick up your uncooked meat at anytime!

The deal, called “Face the Steak,” is designed specifically to lure Amelia Earhart out of the shadows by rewarding her with a full 200 pounds of uncooked cow flank if she steps inside any of Outback’s 978 restaurants worldwide. A commercial for the campaign released this morning shows an elderly portrayal of Ms. Earhart emerging from the cockpit of a damaged aircraft on a remote island, swimming to an Outback Steakhouse, and leaving the restaurant ecstatic and holding a large crate that says “ground beef.”

“Amelia, we know you’re out there, and we know you’re hungry,” an announcer says over the newly televised ad, making a direct appeal to the missing pilot. “Eighty years is a long time to go without a single taste of delicious, raw steak, and we’ve got crates full of them with your name on them. So please, stop by Outback Steakhouse and claim yours today.”

“If you are scared to return to society because you think everyone will be mad at you for wrecking a plane, that’s simply not true, and we hope our steak offer affirms that,” the ad concludes.

Outback, for its part, will require all its locations to begin setting aside at least 200 pounds of beef product in a separate, reserved part of its meat lockers labeled “Amelia.” And to sweeten the deal even more for the famed explorer, the company also said that if she’s not satisfied with the cuts that Outback has set aside for her, she should feel free to request different ones, including T-bone, strip steaks, or even delicious cuts of raw filet mignon!

Hurry up, Amelia! Your time to claim this incredible, one-of-a-kind prize is quickly running out! But real talk, if anyone can lure Amelia Earhart out of hiding, it’s Outback Steakhouse. Best of luck to them with the rest of their amazing campaign!