A Beautiful Story: Guillermo Del Toro Has Mistaken A Juggalo For An Alien And Taken Him Home To Protect Him From Scientists 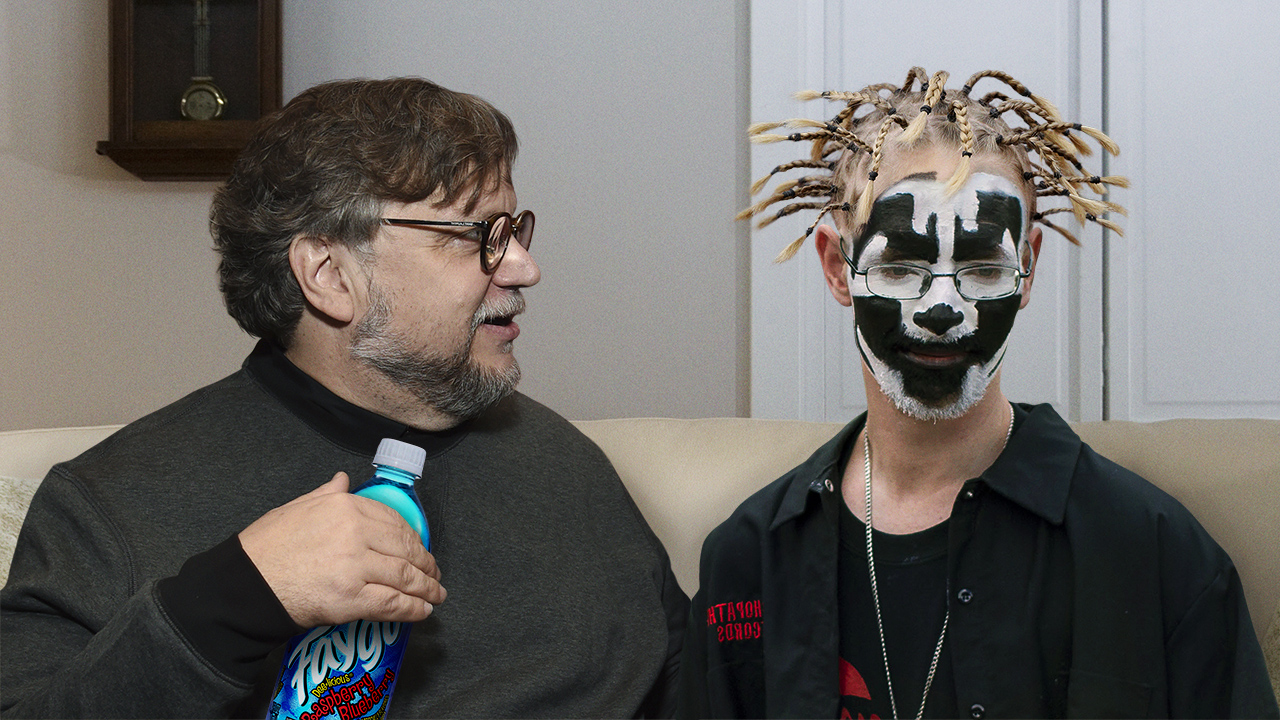 Guillermo del Toro just did something truly kind that shows he has a real soft spot for misunderstood mythical creatures. When the Shape Of Water director mistook a juggalo for an alien, he decided to take him home and keep him safe from any scientists who might want to do experiments on him.

Wow. We need more people like Guillermo in this world.

According to sources, the Pan’s Labyrinth director appears to have first encountered the juggalo near a music venue where an Insane Clown Posse concert had just ended. Mistaking the juggalo’s clown makeup and distinct spider-legs hairstyle for the features of an extraterrestrial, del Toro came to the conclusion that he had found an alien and immediately set about protecting him from any evil scientists who might want to hurt him by pricking him with needles and running scary tests on him. After coaxing the juggalo back to his home with Funyuns, del Toro drew the blinds and began attempting to communicate with his new friend.

“Me, Guillermo,” del Toro reportedly said to the juggalo, marveling at his curious appetite for Faygo soda, which he had found in the refrigerator and immediately guzzled in one long gulp. “You seem to like Faygo. Let’s call you ‘Faygo.’ How do you like that, little friend?”

“Whoop-whoop,” replied the juggalo, whose name was later confirmed to be “Gutz Da Murderuh.”

When faced with the problem of how to keep the juggalo safe while he was at work all day, del Toro decided to hide him in his bedroom where the depraved scientists who the Oscar-winning director assumed were hot on the trail of Faygo would not be able to see him. This plan was quickly revealed to be insufficient when del Toro returned home at the end of the day to find that the juggalo had sprayed Faygo all over his room as part of the juggalo tradition known as “Faygo showers,” which del Toro mistakenly attributed to his being an alien unfamiliar with soda. Del Toro was soon faced with another imagined problem when the juggalo seemed intent on leaving the house in order to buy more Faygo, where government scientists might try and snatch him up for their evil experiments. But del Toro came up with the clever idea to disguise the juggalo during their trip to the supermarket by putting him in one of his mother’s old dresses and a large sun hat, and the two made it there and back safely.

Though entirely unnecessary and based on the mistaken belief that the juggalo is an alien, del Toro’s fierce protectiveness of the juggalo seems to have formed a lasting bond of friendship between the two, evidenced by the juggalo getting a large back tattoo of del Toro’s face inscribed with the words “Homie 4 Lyfe.” But according to sources, the pair’s time together was cut short recently when a party bus full of other juggalos reportedly headed to the annual Gathering of the Juggalos music festival pulled up in front of del Toro’s house and the director came to the incorrect understanding that these were other aliens who had come to take their friend back to their home planet. Del Toro then bid the juggalo a tearful goodbye, devastated that he would likely never see his alien friend again but comforted in the knowledge that he was going somewhere far away, where no scientists would be able to hurt him.

Wow! Even though del Toro was wrong about the juggalo being an alien, this is still a beautiful story about a director whose heart is just as big as his imagination!