A Beautiful Tribute: This Old Decrepit Man Wandered Around His House In Pajamas Today Leering At His Granddaughter’s Friends In Honor Of Hugh Hefner 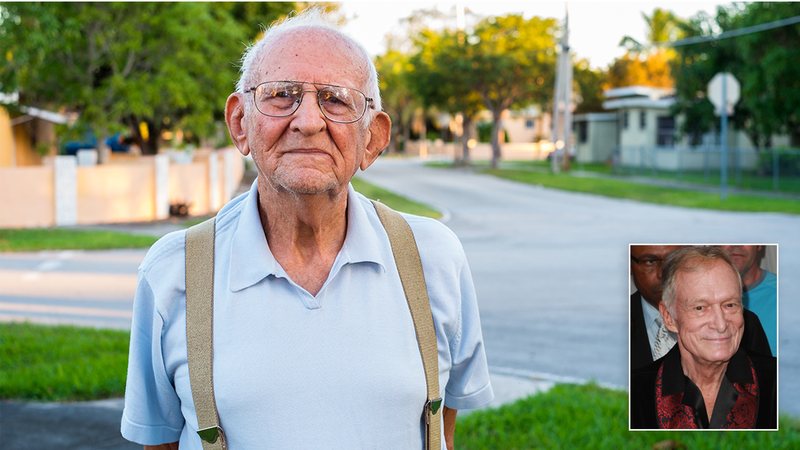 Since the news of Playboy founder Hugh Hefner’s death broke on Wednesday evening, reactions have been pouring in from all around the world. While millions have been taking to social media to pay tribute to the deceased publisher, one long-time Playboy fan is doing something truly beautiful to honor Hefner’s memory: wandering around his house in pajamas and leering at his granddaughter’s friends.

What a truly heartwarming gesture!

Upon hearing the news of Hefner’s passing, 93-year-old Chester Nilsen knew he wanted to do something special to celebrate Hefner’s legacy, which is why he immediately put on his bathrobe; wandered down to the living room of the home he shares with his eldest child’s family; and cast an unsettling, lustful gaze upon the college-age friends of his 20-year-old granddaughter, Emily. A Playboy subscriber for over half a century, the decrepit Nilsen audibly licked his lips as he slowly wandered back and forth through the room and craned his liver-spotted neck to stare down the shirts of his granddaughter’s barely legal companions, occasionally taking a puff from an empty corncob pipe in an effort to mimic Hefner’s effortlessly cool demeanor. It was almost like the Playboy founder was there in the room!

“Hugh Hefner is a man I’ve always admired and looked up to, and I figured that this was the least I could do to pay my respects,” whispered Nilsen while looming wide-eyed behind the living room couch, breathing heavily as he ogled the yoga-pant-clad curvature of one of the young women. “He was a pioneer of the belief that human sexuality is something that should be celebrated and explored, and that is exactly what I’m doing today, in just the way Hef would have wanted.”

Wow. It’s hard to think of a more moving way to commemorate Hefner’s life and achievements. It’s people like Nilsen who will ensure that the iconic Playboy editor’s legacy lives on forever.