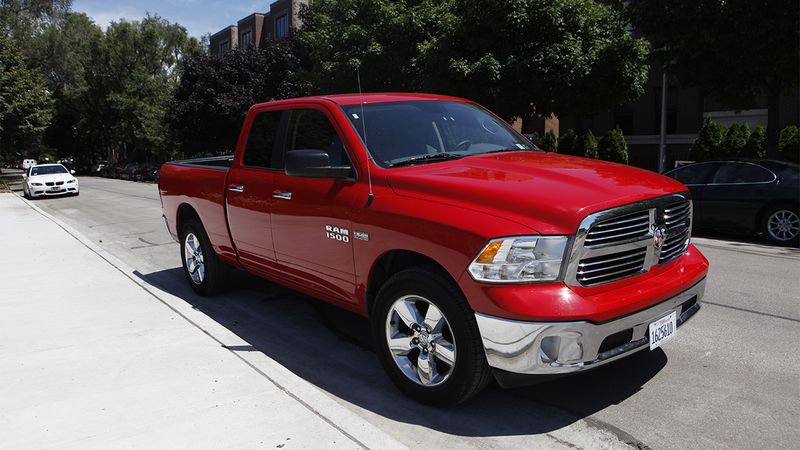 Brian called me up and asked me to take a bunch of pictures of his truck, and I said sure.

Hell if I know why Brian wanted me to take so many pictures of his truck, but here’s one of them where you get a pretty clear view of the whole truck.

This one Brian wanted to be in, so you can see him there squatting in front of his truck.

Another one where Brian wanted to pose with the truck, this time inside of the truck.

Same as the other one, but he’s sitting in the passenger seat this time. We had to take this one a bunch of times because he kept blinking.

Brian’s girlfriend’s name is Ellen. She’s not in these pictures because, as far as I know, she didn’t even know Brian asked me to take all these pictures of his truck. I think she works at the middle school. She seems nice.

Brian wanted a photo up the tailpipe, so that’s what’s going on in this one.

It’s not my camera. It’s Brian’s. He just asked me to be the one to take the pictures, probably because he wanted to be in some of them. That’s definitely true for this one, where you can clearly see him standing in the bed of the truck looking off into the distance, thinking about God knows what.

Brian’s a pretty serious guy for the most part, but here’s a picture of him making the Wu-Tang symbol in front of his truck.

Brian asked me to take this picture of him standing on his truck from a low angle down on the ground. I thought it was gonna look weird, but it’s actually pretty boss.

It’s been a year since Brian asked me to take these pictures of his truck, and he still hasn’t asked me for them. Maybe he forgot that he made me take them all that time ago. For some reason he’s lying down strangely in this photo. Looks kind of weird. Actually, maybe Brian wouldn’t want me to share this one.

Here’s another picture Brian made me take of his truck. You know, Brian might’ve taken this one himself. I don’t remember. It was a while ago.