A Master Strategist: Steve Bannon Has Completed His Yearlong Plan To Become Increasingly Irrelevant Before Eventually Getting Fired 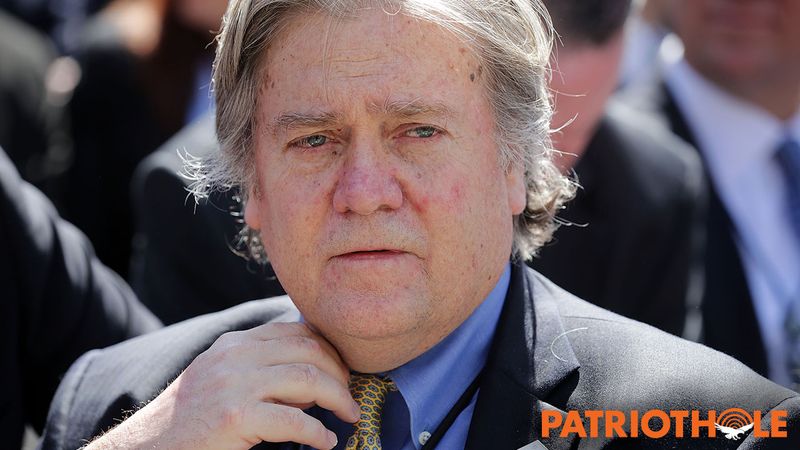 When Steve Bannon joined Donald Trump’s campaign as a key advisor last year, the left was right to be worried. Bannon’s reputation as a master strategist followed him through a stunning electoral upset and all the way into being Trump’s right-hand man in the White House. But today, the full shape of Bannon’s ultimate vision has finally become clear in his moment of triumph: Steve Bannon has just completed his yearlong plan to become increasingly irrelevant before eventually getting himself fired.

With the president’s ear, a seat on the National Security Council, and a media empire at his disposal, Bannon deftly assembled every resource he needed to get himself sidelined over and over until his removal. And as liberals wrung their hands over the shadowy man behind the curtain, Bannon was already enacting the first stages of a scheme to dither into nothingness that future generations will undoubtably study for its genius. Like the chess grandmaster who can see every move before the first piece is even lifted, Steve Bannon knew exactly how to get what he wanted, and executed his train wreck of a tenure with pinpoint precision.

Bannon hit the ground running almost immediately, slamming through a legally shoddy travel ban as the first in a chain of unforced errors whose strategic elegance would make Sun Tzu weep. From there, he wove a web of manipulation, effortlessly alienating potential allies, stoking pointless factionalism inside the administration, and making the POTUS increasingly frustrated with him until he was shunted to the margins. In just a few short months, Bannon lost influence, access, allies, and power at an unprecedented rate, demonstrating to a rapt nation just how formidable of a tactician he truly was. Few could be as disciplined as Bannon with their goal so tantalizingly in view, but Bannon–no ordinary politician–waited with mantis-like patience to become completely impotent before finally getting himself fired, his ultimate masterstroke.

With every piece of his yearlong plan finally falling perfectly into place, Bannon’s legacy as a master strategist and go-nowhere flash in the pan is undoubtably secure, but we have to wonder if even this might all be part of some larger scheme of his. Will Bannon now pick pointless fights with the GOP or Fox News, focus on losing even more ground with the Trump administration, or simply burrow into irrelevance through inflammatory comments and avoidable public scandals?

Whatever he decides, one thing is now very clear: Whatever Steve Bannon sets his mind to, he’ll get it done.