Above And Beyond: This Biology Teacher Has A Disgusting Personal Anecdote About Every Organ He Teaches To His Class 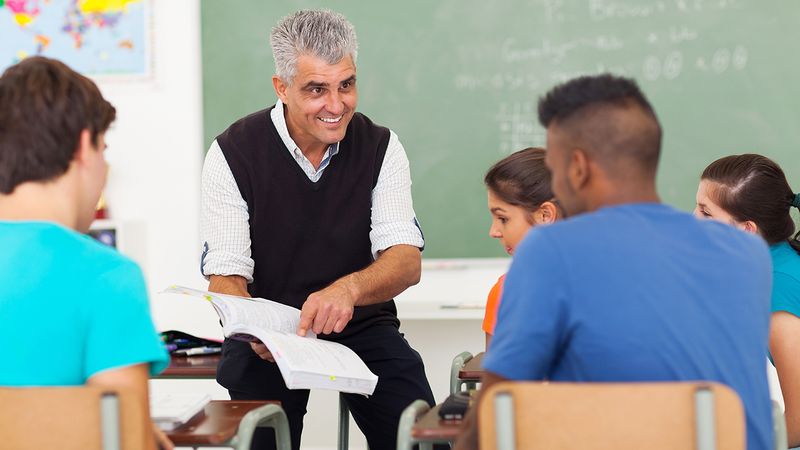 Here’s a story that proves not all superheroes wear capes.

Everyone gets that one special teacher who really makes the subject matter come alive, and no one knows that better than the students at North Penn High School in Pittsburgh, PA, where a one-of-a-kind biology teacher always goes the extra mile by telling a disgusting personal anecdote about every organ he teaches!

Wow. Talk about going above and beyond for your students!

Eric Patterson knows that slogging through a textbook is no fun on its own, so he’s always sure to couple each organ in his lesson plan with a gruesome personal story that brings science to life with every gory detail he can recall. Whether he’s explaining the unthinkable elasticity of the human digestive tract, which he saw firsthand at a Reno backroom poker game in 1986, or recalling the horrific damage a hockey stick once did to his trachea in a parking-lot scrape outside of a 1991 Def Leppard concert in Cleveland, Mr. Patterson’s commitment to his students is indisputable.

The dedicated teacher, who’s only ever moments away from spelling out how severely a spinal cord can get wrapped around a mailbox during a botched boxcar race or exactly how much stress a swollen and infected pancreas can put on a new marriage, insists he doesn’t put in the extra work for accolades or recognition. Mr. Patterson says that he simply wants his students to know that science is a part of everyday life, regardless of what’s required by the curriculum.

“I know most of my students aren’t going to grow up to be scientists,” said the teacher, who had just wrapped up a lesson on the liver followed by a 40-minute story about how his own liver was ruptured when he took a bowling ball to the abdomen in 2002, an injury that severed multiple blood vessels and caused him to throw up a mysterious yellow liquid for weeks on end. “But while they’re in my classroom, I want to make biology as fun and relatable as possible, because, at the end of the day, the kids are what should always come first.”

Amazing. What an inspiring philosophy!

Students never quite seem to know what they’re getting themselves into as the school year begins, but as Mr. Patterson continues to bombard them, chapter after chapter, with tales of how he got an atopic dermatitis rash so severe his doctors called it “puzzling,” and how excruciating his stomach spasms were on the bus ride back from his divorce hearing in 2004, the kids quickly realize that their teacher is in it for the long haul.

The all-star educator is even known to bring in PowerPoint presentations for some of his favorite organ lessons, highlighting the disgusting details of his tetanus encounters in the Poconos or the permanent nerve damage he got from a blowtorch to his right hand with actual pictures from the brutal scenes and hospital bracelets confirming the dates!

Incredible. Teachers, take note, because this is how you go all-in for your students. Here’s to you, Mr. Patterson!