Above And Beyond: This Police Officer Carved Out An Hour A Day To Play Basketball In His Community And He Got So Good It’s Not Fun Anymore 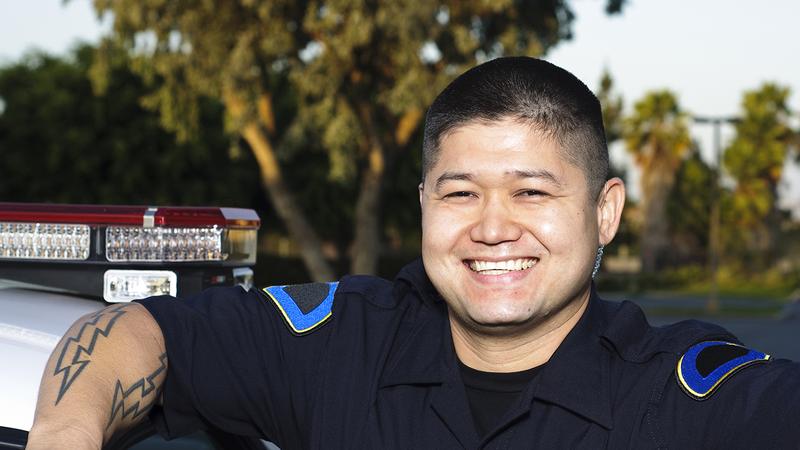 Now here’s a story that proves that sometimes people can step up and do extraordinary things.

The Brentwood neighborhood of Washington, D.C. has long had a strained relationship with the police, but local officer Mark Davidson has taken it upon himself to make a change. This veteran cop has been working to bridge the divide between police and regular citizens in a pretty amazing way: Every day, Officer Davidson carves out an hour to play basketball in his precinct, and by now he’s gotten so good that it’s not fun to play with him anymore.

Wow. Talk about going above and beyond for your community!

On a mission to prove there are good cops in the world, Officer Davidson is always sure to take time out of his day to head to the local park and absolutely dominate a few games of pickup. Whether he’s draining countless threes over a double team or completely posterizing a defender, it’s clear that Officer Davidson simply wants to make Brentwood a better place, and that his opponents aren’t having any fun at all.

The longtime policeman, who has gotten so good at basketball that kids have begun faking sick just so they can sit out of games, doesn’t get paid anything extra for giving his time so selflessly, and insists that he isn’t looking for a pat on the back.

“This neighborhood’s been through a lot, so it’s important for me to come out here and show these guys that I’m right here with them,” Davidson said moments after putting an opponent on skates with a highlight-reel crossover, humiliating him so badly that the kid immediately changed out of his sneakers and went home. “In the grand scheme of things, we’re all on the same team, and I want them to know that.”

Incredible. What an inspiring message!

When Officer Davidson first started coming around to the park, the locals weren’t sure what to make of the middle-aged cop playing full-court games in a bulletproof vest and steel-toed boots. Since then, the kids have all come to know that Officer Davidson is in it for the long haul, and that his lock-down defense and physicality in the post have made the game they once loved nearly unbearable.

“Mark is really nice, and it’s cool that he comes out here to run with us,” said Billy Wells, a 10th-grader whose shot had just been swatted clean over the fence by Officer Davidson and is considering trying out for the upcoming school play so he’s too busy to play basketball anymore. “But it’s pretty much a one-man show out here, and it’s really a terrible time for all of us whenever he’s on the court.”

“These courts used to be packed all the time, but everyone just stays in and plays video games now,” added Cory Owens, who had always thought of the courts as a second home until Officer Davidson made it virtually impossible for him to even grab a rebound. “He’s a good guy, I guess, but seeing his cruiser pull up to the park is always the worst part of my day, by far.”

Absolutely heartwarming. Local police, take note. This is how you go that extra mile to bring your community together. Let’s see if police departments around the country can follow Officer Davidson’s lead.