Absolutely Adorable: This 4-Year-Old’s Hero Is The Centaur That Comes Out Of The Woods To Eat His Family’s Garbage 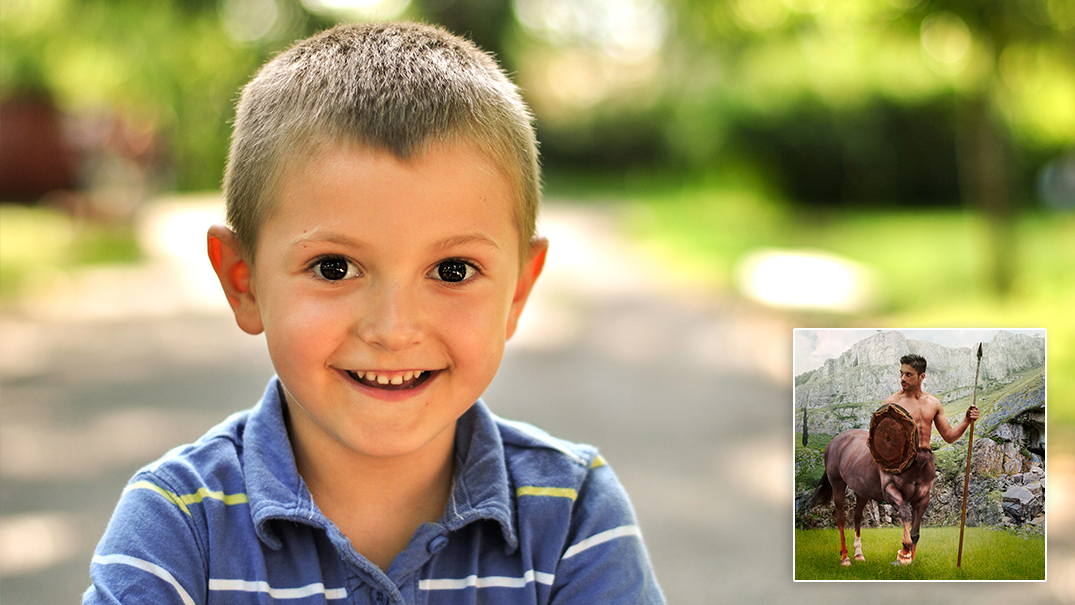 If you’re on the hunt for an uplifting story that’s going to make you smile for the rest of the year, then look no further, because here is your daily dose of cuteness overload: This 4-year-old’s hero is the centaur that comes out of the woods to eat his family’s garbage.

Excuse us while our hearts explode from too much adorableness!

Aiden Lattimer is a sweet little boy who lives with his mom and dad in Grand Rapids, MI. Almost every morning, a 6,000-year-old centaur named Gray Apple emerges from deep in the forest to eat the garbage out of Aiden’s family’s trash bins, and Aiden thinks he’s just the most incredible person in the whole world. Aiden absolutely loves to watch the way Gray Apple swishes his horse tail while he grabs fistfuls of plastic and rotting fruit and stuffs them into his mouth. He just idolizes the centaur in every way, and it’s beyond cute!

“When Aiden wakes up, he immediately runs to the window to watch the centaur limp out of the woods to start shoveling our trash into its mouth, and he cheers and cheers,” said Aiden’s mom Leslie, who added that Aiden has told her that when he grows up, he wants to become a centaur who eats garbage, too. “Sometimes, the centaur will make eye contact with Aiden through the window and shout, ‘I’m sick and your garbage is the medicine! Your garbage is the medicine that makes me sicker! The horse part of me has worms and the human part of me has pinkeye, and those are not my only problems!’ And that one-on-one interaction just makes Aiden’s whole week!”

Awwwwww! We are obsessed!!

Recently, Aiden got the surprise of a lifetime when his parents let him go outside to finally meet Gray Apple up close. Aiden had used his crayons to draw a picture of himself and the trash-eating centaur holding hands, and he got to watch Gray Apple eat the picture right in front of him! Gray Apple even brought Aidan with him to the trash bins and showed the overjoyed little boy how he likes to gather the glass bottles in the trash together and eat them all at once like “a salad where the only ingredient is glass.” Then the centaur explained to Aiden that even though the bottom half of his body is a horse and the top half of his body is a human, his mouth has horse teeth.

After telling Aiden that he goes to the bathroom in a cat litter box that he stole from a pet store and that he is an outcast among the rest of the world’s centaurs, Gray Apple gave Aiden a high-five and went back to the forest.

Well, it’s official: Aiden is the luckiest (and cutest) kid in the who world! This is the kind of heartwarming story that completely restores your faith in humanity and gives you hope for a brighter future. We’re so happy Aiden got to meet his favorite garbage-guzzling centaur! Hopefully one day, he’ll get to live his dream of living in the woods and eating people’s garbage just like his hero!