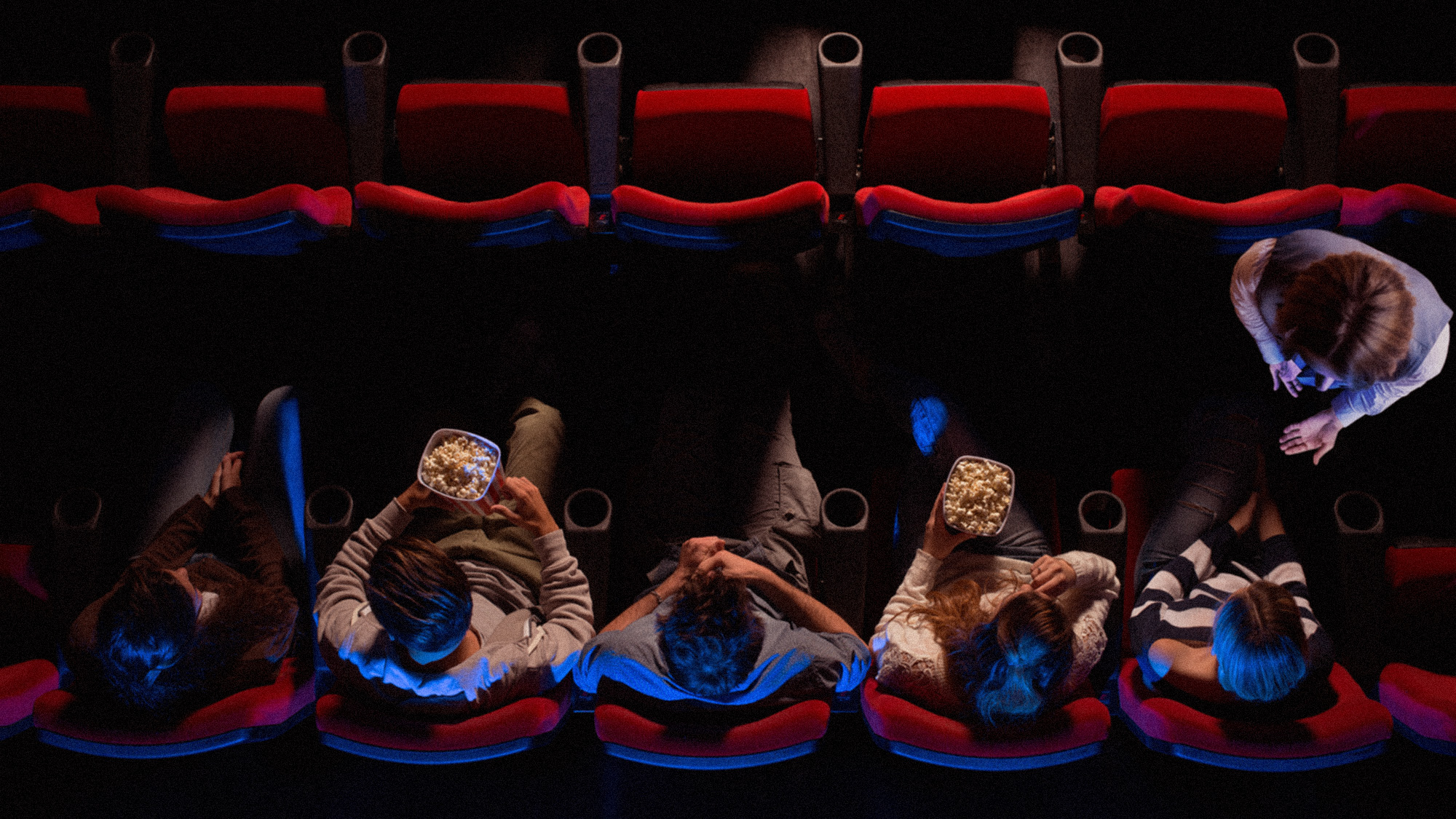 There’s a complicated situation currently unfolding between an usher and a few teenagers during a showing of Ocean’s 8, and it’s snowballing into a whole big chaotic thing. Here are all the major players involved.

1. The teen who started sobbing as soon as she got there: There’s no doubt that this is someone to keep your eye on. She started off without much action, but during a preview for Mowgli, her boyfriend texted her and broke up with her because he found out that she had a pimple. She started crying and swearing very loudly but chose to remain in the theater, and she’s been an integral part of this whole situation ever since.

2. The usher: In terms of the commotion unfolding during this showing of Ocean’s 8, the usher is key. He’s 40, he’s making his way toward the sobbing teenage girl to ask her to please exit the theater, and he’s holding several-dozen soft pretzels that he took from the concession stand because the whole pretzel machine fell on the floor and he figured the best solution to that was just to carry the dirty pretzels around with him for the rest of the day.

3. The teen who angrily FaceTimed the other teen’s ex: She’s obviously the leader of the two teens, and she takes that responsibility seriously. As the muscle of the operation, she ignored the request to keep all phones silent and immediately FaceTimed the kid who just dumped her friend. Even though the usher is on his way and telling her to hang up, she’s staying on the phone and keeps telling both the ex and the usher that she’s going to “pull a jewel heist on both of [their] asses.” There can be no doubt that this teen is an absolute heavyweight in the events that are unfolding in the audience of Ocean’s 8.

4. The couple that’s making out something fierce at the end of the aisle between the teens and the usher: These two are making out and they’re way too into it to let the usher through, so they’re preventing him from getting close enough to the teens to actually make them turn their phones off. For the most part, they’re too absorbed in their own PDA to be fully aware of anything that’s going on around them, but that doesn’t mean they’re not influencing how this situation is going down.

5. The old man who keeps yelling out that Ben-Hur is much better than this movie: He’s not really an active member of the action, but he’s there in the back yelling about how great Ben-Hur is, as if he thinks the projectionist will hear him and switch out Ocean’s 8 for Ben-Hur. Also, one of the teens is keeping her purse on his lap for some reason. They’re sitting super far away from each other, and they don’t seem to know each other. He’s just holding onto her purse while he yells about Ben-Hur.

6. The kid trying to leave to go to the bathroom but who can’t get through the whole group of people so he’s standing silently to the side peeing himself: This kid desperately needs to pee, but he can’t make it past everyone, so now he’s just stuck listening to the Ben-Hur guy rant about how a movie isn’t worth shit unless the filmmakers kill a bunch of horses during production. For now he’s still on the sidelines pissing himself, but who knows if he’ll enter the fray down the road.

7. The jeweler who is incredibly upset about the disrespect toward jewels portrayed in Ocean’s 8: This man is a total dark horse. He stayed out of play for more than half of Ocean’s 8, but when Mindy Kaling’s character altered a stolen Cartier necklace, he went absolutely apeshit and started screaming about how Ocean’s 8 was a movie that was “rude to the jewels.” He’s now begging everyone involved in the theater situation to help him somehow turn off the movie that’s showing such disgusting disregard for his craft. He’s shaking the shoulders of the old Ben-Hur man and telling the teenage girls that they have to hang up FaceTime so that they can call the police and tell them about how horrifically the jewels are being treated in the film. This guy has definitely made himself a central player in the scene. Honestly, he’s pretty much become the guy in charge now. This is now a movie theater where a disgruntled jeweler is telling teens and old guys to help him ruin Ocean’s 8. Now you’re pretty much all caught up on what the whole deal is.