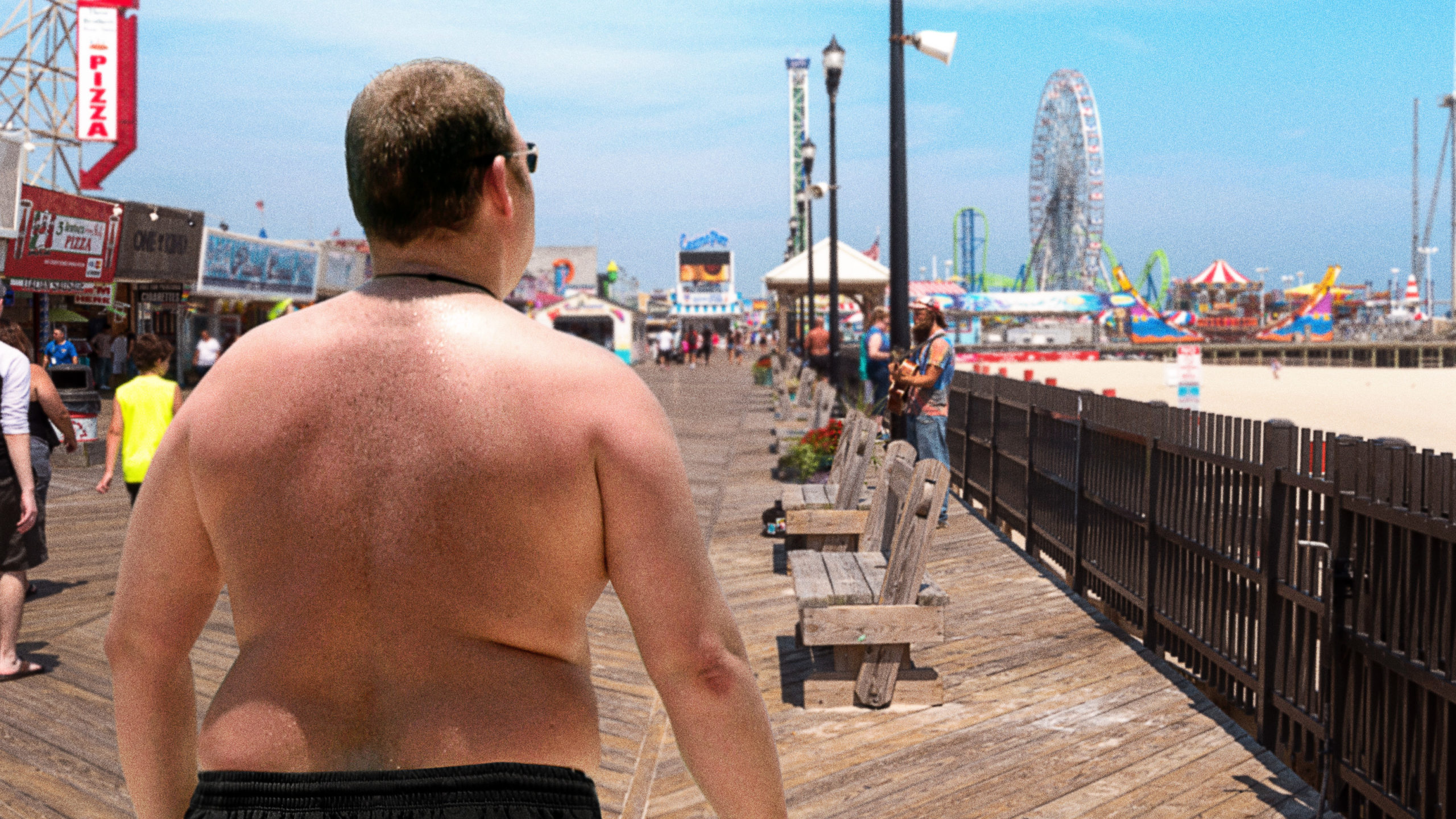 Get ready to be amazed, because there’s an incredible natural event taking place right now that’s sure to take your breath away: America’s heavyset, sunburned men wearing basketball shorts as bathing suits have begun their annual migration to the Jersey Shore’s boardwalk punching bag arcade games.

So beautiful. Nothing says spring has officially sprung quite like this amazing phenomenon!

Each year as the weather on the East coast of the United States warms up, thousands of husky, wife beater-clad men with roasted-red shoulders awaken refreshed and eager to begin yet another journey to the Jersey Shore and its bounty of arcade games. After spending the cold winter months pent up inside their ranch-style houses in the suburbs of Philadelphia and New York, staying busy by trimming their graying goatees and rubbing lotion on the new Celtic cross tattoos on their outer calves, these incredible specimens are able to sense when it’s time to put on their long Nike basketball shorts with checkered Hanes boxers peeking out above the waistband and begin their migratory journeys. Ecologists say they typically grab Hulk Hogan-style reflective sunglasses out from the center consoles of their cars before beginning their trek toward the Jersey Shore boardwalk’s boxing-themed game consoles, where they will at last get the chance to punch a dangling speed bag and have their striking power rated with scores between 500 and 1,000.

“With winter coming to an end, people across the country can expect to see thousands of kind-of-wet, middle-aged men with sand on just their calves trekking toward New Jersey’s coast, where they’ll repeatedly punch boxing arcade games throughout the summer in hopes of proving their alpha status to onlooking females, finding suitable mates, and procreating,” said Yale ecologist Marcia Cummings, noting that the typical migrator will be carrying a lumpy Adidas string bag bulging with four or five lukewarm Bud Light Lime tallboys, a super thin Epcot beach towel, and a spongy, two-colored beach football. “After arriving at the boardwalk, these amazing creatures will nest until early September. They can be seen there partaking in a beautiful ritual that involves dumping coin after coin into a boxing machine’s slot, landing their best blow to the punching bag using lunging, unathletic form, and finally providing a bevy of excuses about how they kind of slipped on that last try and just need one more crack to get the high score.”

“We ask that Americans be on the lookout for big-boned, sunburned men walking along the roads in bandanas or backwards hats that feature the logos of professional sports teams but are different colors than than what the teams actually wear—they do need our help,” she added. “Though thousands of these remarkable voyagers complete their relocation each year, there are thousands more who are killed by passing cars along the way, oftentimes after getting distracted by a neighborhood bar karaoke rendition of ‘November Rain’ or a living room TV playing ‘Casino.’ For your sake and theirs, please drive with caution, keep your blinds closed, and allow these chubby, red specimens to continue on their natural trajectory.”

Absolutely amazing. This phenomenon is truly be a sight to behold, and we bet that anyone who gets a chance to witness it this year will not be disappointed. Here’s hoping that these beautiful, sun-kissed men have a safe journey and a successful nesting season!