Amazing: This Woman Was Able To Turn Her Love Of Baking Pies Into A Thankless, Financially Ruinous Career 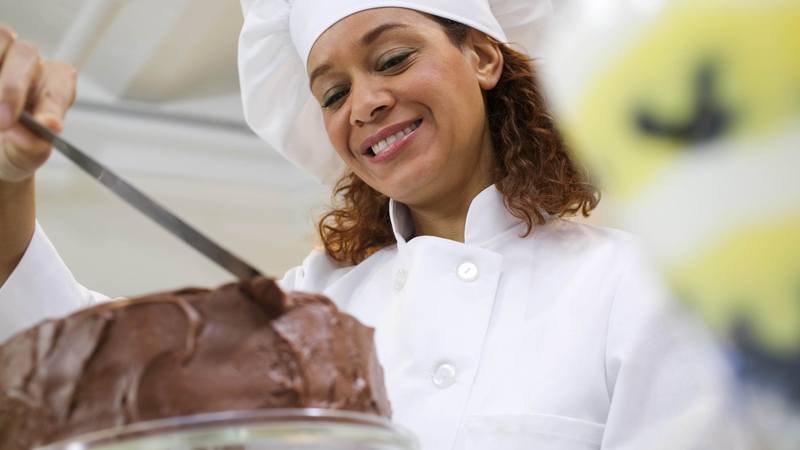 Now here’s an inspiring story that proves hard work really does pay off!

Justine Waters, a former executive assistant from Omaha, Nebraska, recently took a courageous leap that anyone with big dreams should aspire to: She decided to quit her job and start a new chapter where she turned her passion for cakes and pies into a thankless, financially ruinous career that she’ll have for the rest of her life!

Yes! Twelve months and hundreds of gourmet pies later, this woman has already built herself a dependable, steady source of monetary and emotional stress!

Just last year, the 36-year-old, who was known by friends and family for her mouthwatering pies, officially took the plunge and transformed her casual love of baking into a full-time, all-consuming, 24-7 job that drains her to her very core. Baking delicious treats was always her favorite hobby growing up, and since quitting her job, she’s now able to spend more than 18 grueling hours a day at her Princess Pies storefront JUST doing what she loves, from 4 a.m. to midnight!

“Ever since I was 5 years old, I’ve secretly wanted to be a baker, and this year I finally took the plunge,” said Justine, who, one year ago, almost stayed at her job and didn’t pursue what has become the biggest source of debt in her adult life. “Now I get to spend every day doing what I love: making pies while trying to ignore what an emotionally and physically draining burden it’s become.”

Who knew that the love of baking that got her through some of the toughest nights at her corporate job would now cause her so much incredible financial ruin? Who knew that there were already a bunch of places that sold pies within a 10-mile radius of Princess Pies, making Justine’s bakery just another forgettable entry in an oversaturated market? And if this impressive pile of personal debt stays operational for the next 50 years, who knows? Maybe you’ll see one of her kids years down the line working to repay the incredible debt she’s built for them.

Wow. Between the five credit cards that she’s maxed out and the fact that she’s too exhausted to help her 8-year-old with his homework anymore, her baking hobby has fully blossomed into a full-blown, incredibly hellish career. Hats off to Justine for following her dream, wherever it takes her!