An Emotional Tribute: Whenever A Celebrity Dies, This Woman Adds Them To Her Family Photo 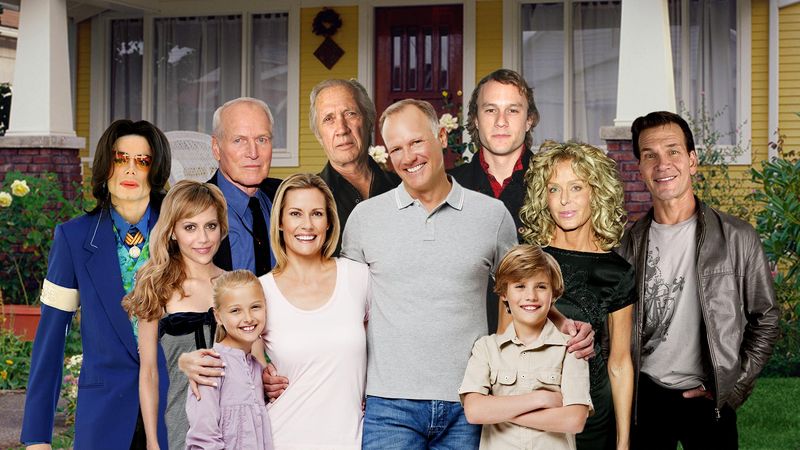 When a celebrity passes on, tributes of any magnitude seem painfully insufficient when measured against the life we hope to remember. However, one selfless woman is managing to define what is truly meant by “gone, but not forgotten.” Every time a celebrity dies, she adds them to her family photo.

“It started when I first heard about Heath Ledger passing away back in 2008,” says Barb Kavanagh, an office manager from Pensacola, FL. “I clipped an image of him from a magazine and saw that it fit pretty nicely into this family photo that my husband, Lon, and I took with the kids.”

In a word, the result was breathtaking.

Just one year later, her powerful tribute had grown significantly in size, with the Kavanaghs flanked seamlessly by an ensemble of late stars ranging from Farrah Fawcett to David Carradine to Michael Jackson. Absolutely beautiful.

And as it becomes more meaningful by the day, this heartfelt tribute manages to remain gracefully within the confines of the Kavanaghs’ 11”-by-17” frame. Here it is again in 2015 with recent additions both young and old, including Whitney Houston, James Gandolfini, and Nelson Mandela. Simply remarkable.

“Every celebrity has a spirit that lives beyond their body of work,” says Kavanagh. “This is the way I always remember them.”