And They Said He Was Too Old: Bernie Sanders Just Showed Up To A Rally Wearing A Propeller Beanie And A 1920s Bathing Suit And Announced That He Is 13 Years Old 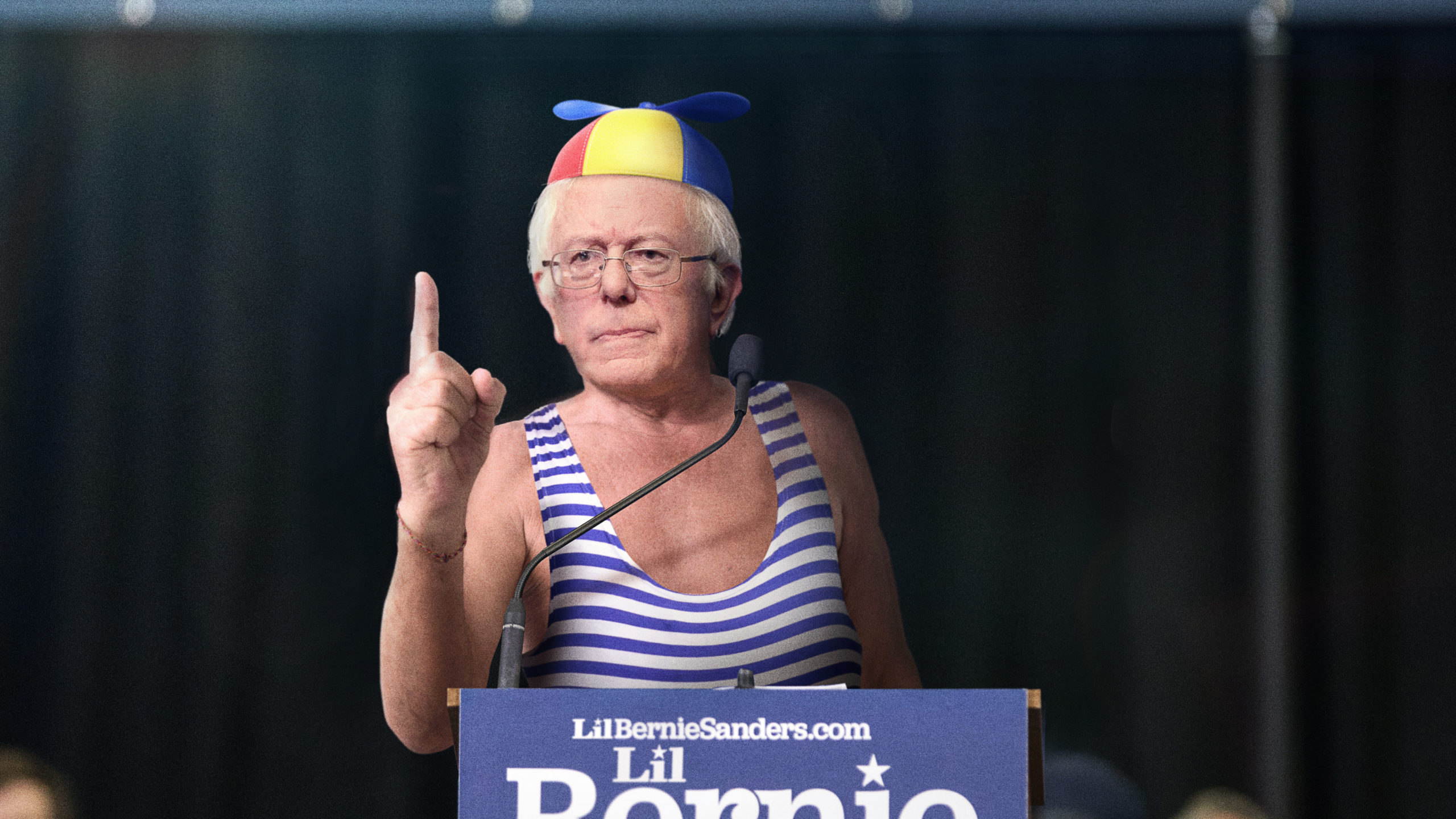 Bernie Sanders is considered an early frontrunner to receive the Democratic party’s nomination in the 2020 presidential primary, but many voters are starting to voice concerns that he may be too old to lead the country. However, it’s clear that Sanders vehemently disagrees with this assessment, as the candidate just showed up to a campaign rally wearing a propeller beanie and a full-body 1920s bathing suit, proudly proclaiming that he is 13 years old.

Boom. Bet all of the doubters who said he was too old for office feel pretty silly now!

Leading a Dalmatian puppy on a leash with one hand and carrying a lollipop as big as his head with the other, Bernie spryly bounced on stage at a rally in Madison, WI where he squeakily announced, “I’m a spry young boy-child with a skip in my step and moxie for days, and I’ve got a mind to lay a wallop on the Wall Street bigwigs who are keeping the good American people from getting the nickels they deserve!” The crowd cheered as Bernie proceeded to prove he has the energy needed to fight climate change and strengthen the working class by showing off his skills with a paddle ball and skillfully pushing a hoop with a stick. He then marched the entire crowd over to a nearby railroad track to watch as he put a penny on it to be flattened by a train before launching into an impassioned speech.

“I’m gonna squash Donald Trump in 2020 just like a penny on train tracks!” Sanders declared as he danced a spirited Charleston to rile up his supporters. “At a time when most Americans barely have the pocket money to buy their Cracker Jacks and trolley tokens, Trump is empowering greedy plutocrats to continue destroying the trade union movement so they can purchase shiny whitewall tires for their long, long automobiles.”

“Trump saying he cares about everyday Americans is like me saying I’ve got a hot date with Greta Garbo—it just ain’t true, folks!” he continued. “But when I’m president, I’m gonna punt those fat cats from Easy Street to Hooverville, and I’m gonna do everything in my 13-year-old power to fight for the good people of this country. Ka-pow!”

Sanders then took questions from the audience about issues like health care and the influence of dark money on politics, and did his best to answer them despite being distracted by the Whiz comic book he had rolled up in his back pocket. In response to a question asking if Medicare For All is a realistic proposal, Bernie responded, “Golly gee, mister, know your onions! Everyone has the right to be healthy, not just freckle-faced teenaged boys like me.” Bernie then announced he could hear his mother calling him home to wash up and get ready for dinner, so he hopped on his scooter and zipped away while whistling the tune to “Animal Crackers In My Soup.”

Sorry, haters, but if your only argument against a Sanders presidency is that he’s too old for the job, you might want to reconsider because he just pulled out all the stops to prove he’s a sprightly young lad who’s got spunk in spades!