And We’re Supposed To Respect Him As The Head Of The House? Dad Is Napping Curled Up In A Ball, Like, In The Fetal Position, And His Eyes Are Slightly Open Too 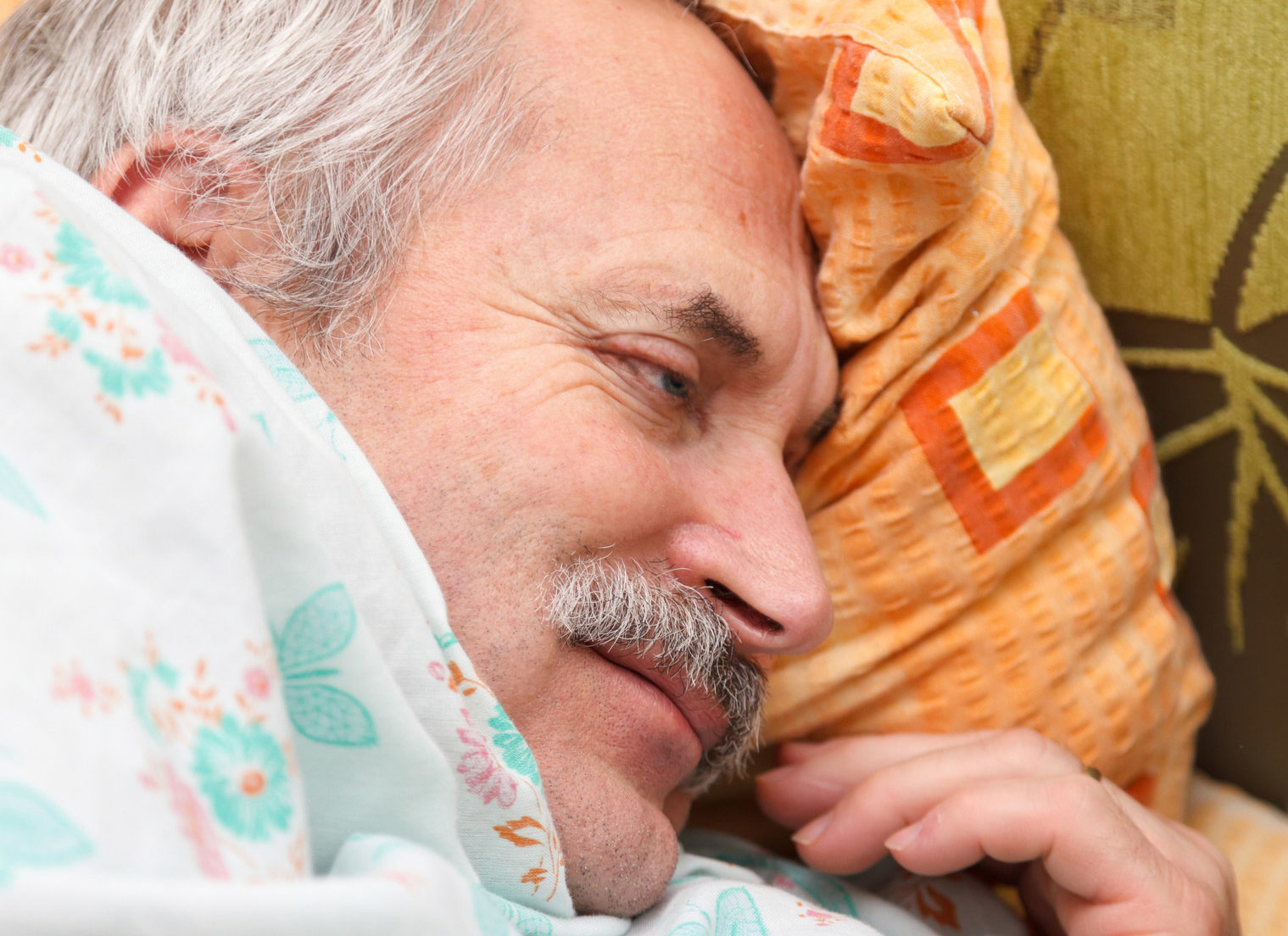 If for some reason you still happen to respect Dad as an authority figure, that’s all about to change, because today the old man is proving just how pitiful he truly is: Dad is currently napping all curled up in a ball, like, in the fetal position, with his eyes slightly open.

Oof. Tough look for a guy who fancies himself a respected figure around the house.

The pathetic scene started unfolding earlier this afternoon, when Dad got home from what he called a “busy morning” but just entailed a quick trip to the gym for a 20-minute elliptical workout followed by a stop at Lowe’s on the way back to buy some poison to kill the rodents who keep eating all his patio plants. Thrilled to find the living room unoccupied, Dad microwaved himself some leftover raviolis for lunch, popped on a History Channel show about the origin of Heinz ketchup, and sunk into the couch to feast. It wasn’t long before the food started making him sleepy, prompting him to kick back on the couch in his blue jeans (instead of comfortable pants like a normal person) and have himself a little snooze.

By the time the Heinz ketchup show ended and a new show about how NASA poached Nazi scientists began, Dad was fast asleep and curled up in a ball like an incredibly large baby in utero, swaddled head to toe in the scratchy floral quilt Grandma made years ago that’s usually used in a purely decorative capacity due to it being uncomfortable and weird-smelling. His elliptical workout must’ve really tuckered him out, as he managed to stay soundly asleep despite the TV being insanely loud. Like, the janky-ass stereo system that Dad incorrectly installed himself back in 2007 was basically shaking the entire house during commercials for military-grade flashlights and Bosley hair restoration, and through it all, the man was out like a light. Meanwhile, the family just sort of had to quietly maneuver around him all day as he unconsciously drooled all over Mom’s nice throw pillows, inconsiderately commandeering the biggest common space in the entire house instead of sleeping in the privacy of his bed, which was literally 15 feet away in the next room over.

But in addition to showing off his weird and embarrassing sleeping habits—which, by the way, include the occasional whimper, like the sound a dog makes when having a nightmare—Dad’s eyes have remained slightly open the entire time, making him look like an absolute psychopath. Honestly, if a stranger were to walk inside right now, they truly wouldn’t know what to make of the scene: a moderately overweight baby boomer sleeping with his eyes slightly open, pillows wedged between his knees to help with the chronic pain he suffers as a result of decades of taking beer league softball too seriously, his worn-out 2004 Eagles NFC East champions crewneck riding up to reveal a tantalizing glimpse of his pale, hairy belly. He looks like shit, to be honest.

Seeing Dad in his current state, it’s hard to process that this is the same guy who’s been talking a big game recently about getting a gun permit for “home protection,” as he really looks like one of the softest, most cowardly humans imaginable. The only way he could possibly rebound from this is by doing something drastic—like, maybe stepping in to fight a stranger who’s threatening people in public, or perhaps even picking a fight himself. Until then, it’ll be nearly impossible to respect him as head of the household.