Animal Rights Win! Boston Market Has Just Announced That It Has No Idea Where Its Rotisserie Chickens Come From 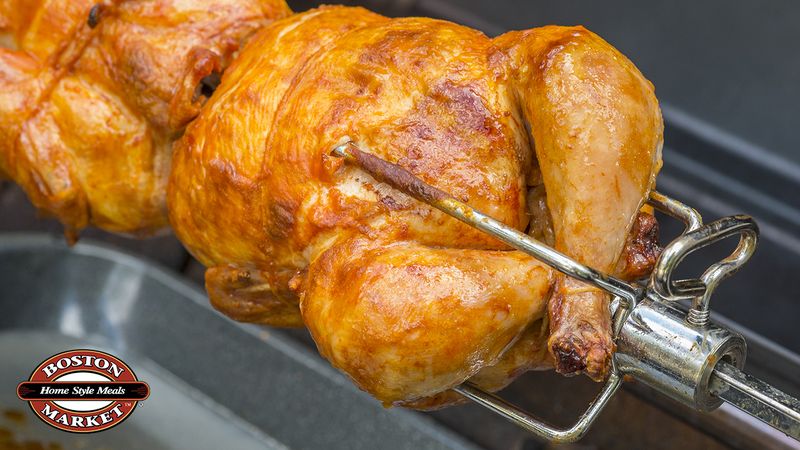 Whether you’re an animal lover or not, this is one story that’s bound to leave you smiling from ear to ear.

You may not have realized it, but if you’ve ever eaten at Boston Market, then you’re supporting the ethical treatment of animals. Because instead of sourcing its food from those nightmarish, inhumane factory farms like so many of their competitors, Boston Market just announced that it has no idea where its rotisserie chickens come from.

Forget those farms with disgusting conditions and cages that are far too small, because every morning, chicken meat in unmarked, damp paper bags just shows up at all 500 of Boston Market’s U.S. locations. No one has a clue where any of the rotisserie chickens that Boston Market sells come from, which means less money in the pockets of those cruel factory farmers, and that’s a huge step forward for animal rights.

“Boston Market prides itself on the delicious taste of our rotisserie chickens, which appear unexpectedly and without explanation every morning,” said CEO Lew Haldren in a statement released earlier today. “Calling them chickens is essentially an assumption on our part. We hired a scientist to dissect one a few months ago, to give us a better idea where these things come from, but he never got back to us. Turns out he’s a Franciscan monk now.”

The badass fast casual chain has proven that you don’t need to rely on unethical farms to run a successful restaurant. Because no one affiliated with Boston Market is making purchase orders for the shipments of loose chicken that just mysteriously shows up, Boston Market is able to keep the price of its rotisserie chickens low. And consumers can feel great knowing that they are getting value and eating something with a completely opaque, unknowable origin.

“The chickens appear in our stores overnight even though we lock our doors,” continued Haldren. “One night, we set up a series of cameras at one of our locations to see who or what is delivering the chickens. The tapes showed nothing abnormal, but when we opened the store, we noticed that the lights were dimmer then usual. Someone went up on a ladder to replace the bulb, and the second she unscrewed the casing, dozens of perfectly seasoned, rotisserie-ready chickens fell out. One of the chicken carcasses got up on its hind legs and ran outside. We spent a few minutes looking for it in the parking lot, but no one saw where it went.”

You go, Boston Market! Your total lack of knowledge as to where your product comes from is a major victory for animals everywhere! Keep up the good work!