Animal Rights Win: KFC Has Announced That They Will Now Serve Their Chickens Alive 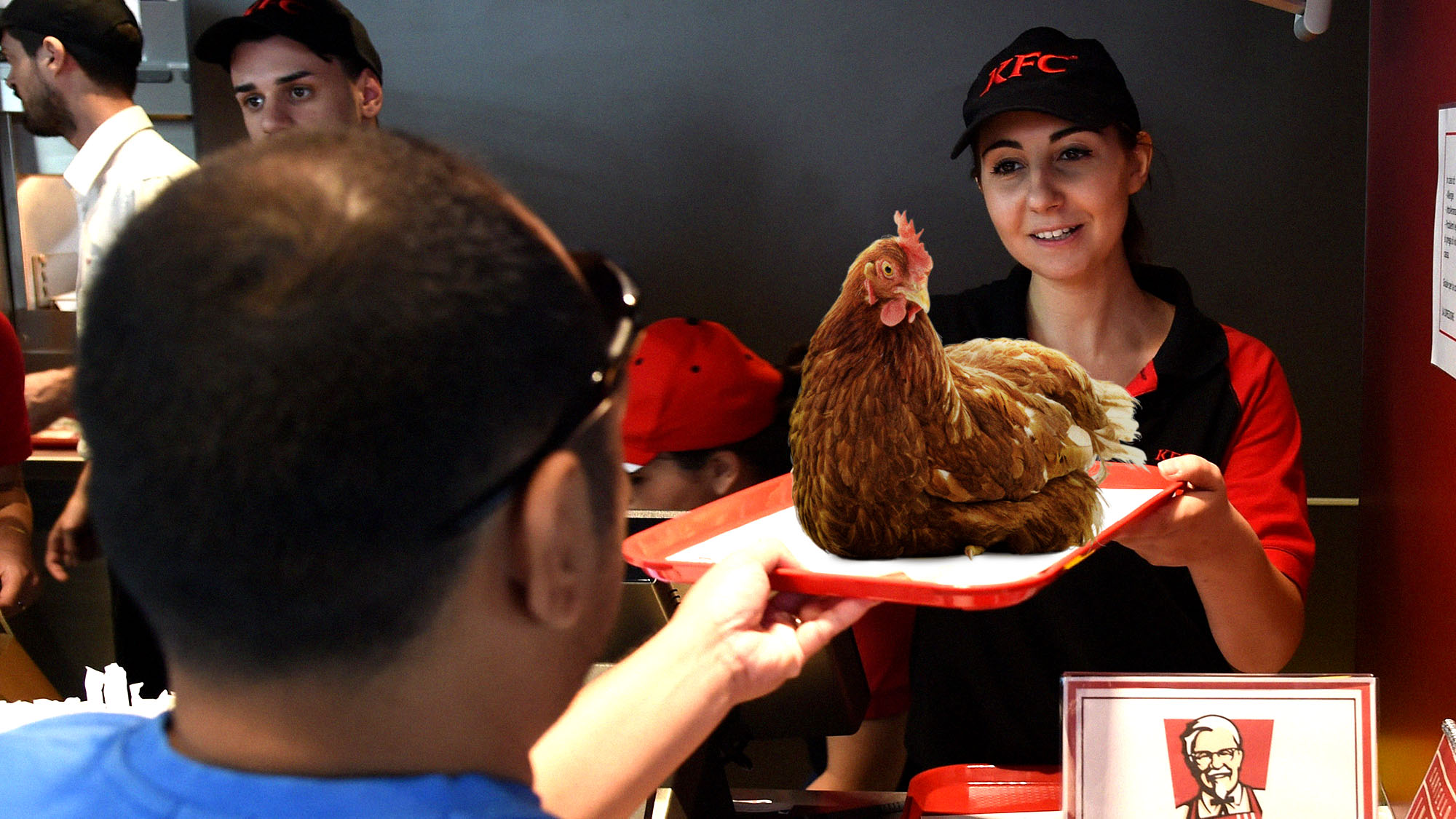 It’s a depressing reality that every year, billions of animals are killed just to satisfy the world’s never-ending appetite for fast food, but one popular restaurant chain is making a major change to help put an end to this senseless slaughter. KFC has announced that from now on, 100% of the chickens served in their restaurants will be alive.

Wow. What an incredibly compassionate move by KFC!

Beginning this week, KFC will suspend the killing and cooking of its chickens before serving them, making them the first fast food restaurant in history to leave the choice to cruelly kill and butcher their meals completely up to their customers. KFC’s menu remains the same, but customers who order any item on that menu will now receive a live chicken along with enough batter, seasoning, and oil to cook all of them to crispy perfection, should they so choose.

“KFC will no longer be participating in the senseless destruction of animal life,” read a press release sent out by KFC announcing their new policy. “However, customers are welcome to borrow our knives and use our bathroom sinks if they want to behead their live birds and pluck them for dinner. We won’t compromise on our commitment to ending animal suffering, but we also won’t compromise on flavor; our birds will be just as succulent and plump as they’ve always been. But the choice to end an animal’s life for the momentary pleasure of a tasty dinner is now yours to make.”

This is a major victory for animal rights! Creating a compassionate world may seem hopeless due to humanity’s voracious appetite for meat, but KFC’s decision to no longer kill their chickens before they serve them gives hope that the world is moving in the right direction. Here’s hoping other fast food chains follow KFC’s lead and start serving their animals alive as well!