Animal Rights Win! The San Diego Zoo Is Finally Letting Its Animals Get Pierced Ears And Go To The Mall All By Themselves 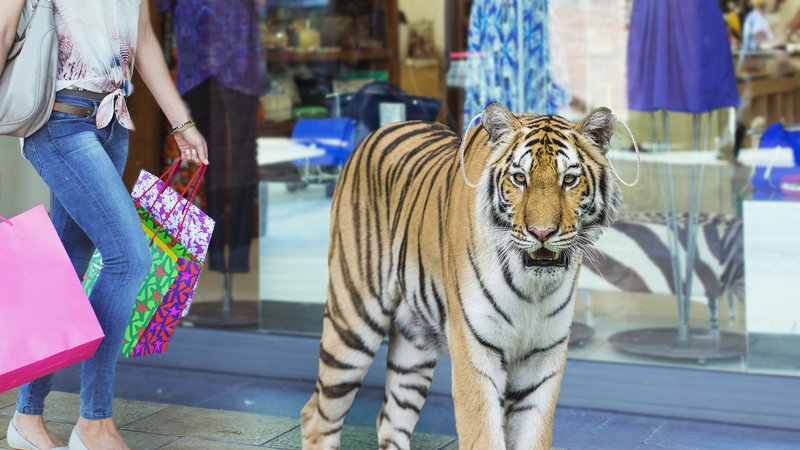 Here’s a story that’s guaranteed to put a smile on any animal lover’s face. For the first time in its 102-year history, the San Diego Zoo is finally letting its animals get pierced ears and go to the mall all by themselves.

Right on! This is a major step forward for animal rights!

Starting today, if a giraffe, lion, or elephant at the San Diego Zoo tries to go to the mall to get their ears pierced without an adult, it is no longer park policy for zoo employees to get all tight-assed and tell them they’re too young. Instead, the zoo has enacted a far more humane practice of recognizing that their animals are mature and responsible, and should be allowed to roam the local mall with their friends without an overbearing zookeeper monitoring their every move.

The zoo has finally admitted that this overprotective policy about their animals’ trips to the mall is not only unnecessary given how responsible and mature their wildlife is, it also completely embarrasses the animals in front of their friends and pretty much ruins all the fun of the mall for them.

Yes! This is the kind of respect all zoos should be giving their animals!

“To further our commitment to animal dignity, any ape, lizard, or bear that wishes to go to the mall by themselves will be given $10 by a park employee to spend on anything they want and will then be allowed to travel to the mall all by themselves to get their ears pierced, try on shoes at Footlocker, or just hang out at the food court,” said zoo president and CEO Douglas Myers. “San Diego Zoo employees have also been instructed to stop telling the animals to ‘behave themselves’ or ‘be safe’ when they drop them and their friends off in the mall parking lot, but to instead just chill and stop treating them like babies.”

Zoos around the world, take note! This is how you give your animals the ethical treatment they deserve. And next time you’re at the mall and see a tiger with hoop earrings outside a Cinnabon, you can take heart, because it’s a sign that progress is being made for the rights of animals everywhere.