Awesome! The New Roomba Will Embalm You If You Die Alone In Your Apartment 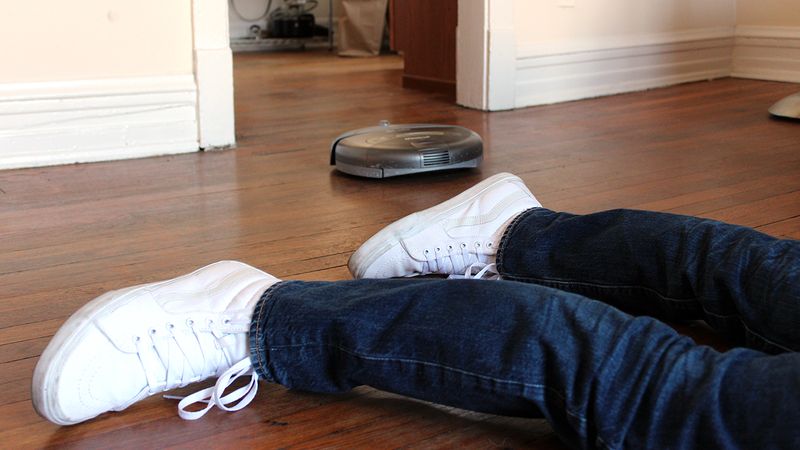 Gadget geeks, get ready to lose it, because Roomba maker iRobot just took it to the next level. The company announced this morning that the new Roomba will embalm you if you die alone in your apartment.

Incredible. This is a game-changer!

Along with its standard navigation and dirt detectors, the Roomba 1100 will feature sensors designed to locate and identify your recently deceased body. According to the press release, the activation of these sensors will prompt the robot to climb on top of your corpse, home in on your mouth, and begin pumping your body full of various embalming chemicals. Amazing!

If the new model seems bulkier, that’s because along with its dirt chamber, it houses a separate reservoir full of enough fluid to effectively preserve an average adult male. With a stronger battery, the new Roomba can complete a standard two-hour embalming procedure and still vacuum your entire apartment before returning to its charging dock.

The Roomba 1100 also syncs up with any smartphone, iRobot says, meaning that the device can be run from anywhere, whether you’re out of town on vacation, lying dead on your kitchen floor, or just too busy to run it manually.

Well, it looks like we’re officially living in the future. Nice work, iRobot!