Beautiful: The Make-A-Wish Foundation Just Locked Kit Harington In A Scalding Sauna To Remind Terminally Ill Kids They’re At Least Not Going Out Like That 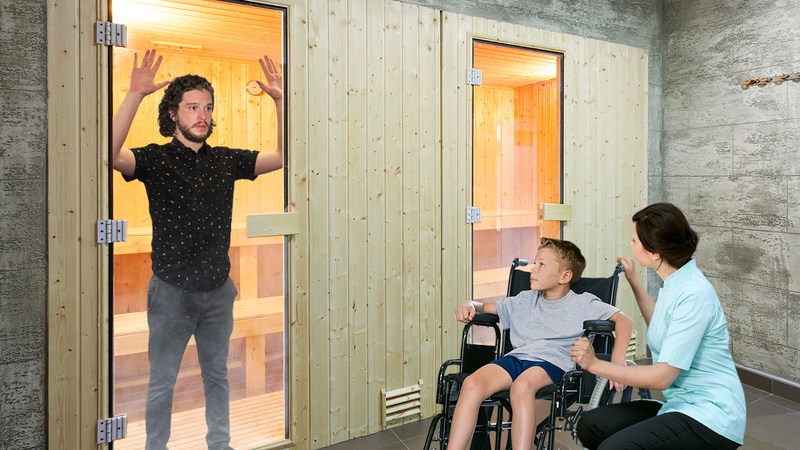 For children with life-threatening illnesses, feeling optimistic about the future is something that isn’t easy to do. Luckily, one organization is doing something amazing to give these kids hope: The Make-A-Wish Foundation just locked Kit Harington in a scalding sauna to remind terminally ill kids that at least they’re not going out like that.

Seriously, is that not the most touching thing you’ve ever heard?

Between the constant hardships posed by their diseases and the long hospital stays, life definitely isn’t easy for terminally ill children. But by damning Game Of Thrones star Kit Harington to a slow, torturous death in a sauna, Make-A-Wish is really going above and beyond to show these kids that, relatively speaking, things could be way worse. For the past 24 hours, the nonprofit has been bringing in groups of kids with life-threatening medical conditions to sit in front of a viewing window and bear witness as Harington—dressed head to toe in his heavy Jon Snow furs—bangs on the walls of the 150-degree sealed sauna in agony, desperately begging for water while he slowly perishes in the ungodly heat.

While it’s an undeniably brutal spectacle to behold, Make-A-Wish is pulling out all the stops to show these kids that, while life may be hard, at least they’re not roasting alive in their own bodily fluids inside a diabolical death chamber specifically designed to maximize their suffering. The children are also learning just how much more humiliating things could be for them as they watch an Emmy-nominated actor pitifully weeping on the floor, hunched forward as he tries to urinate into his own mouth in a last-ditch effort to hydrate himself. Indeed, while some of these children may not live another year, at least their deaths won’t be as pathetic and terrifying and Harington’s.

Wow. This is truly a once-in-a-lifetime experience that the children will never forget, and you’ve got to hand it to Make-A-Wish for going the extra mile to make the world a brighter place. Kudos to this amazing organization for helping terminally ill children make peace with their destinies by showing them there are definitely worse ways to die. Faith in humanity restored!