Beautiful: This Incredible Artist Imagined What Gandhi Would Say If He Had Lived Long Enough To Own A Computer 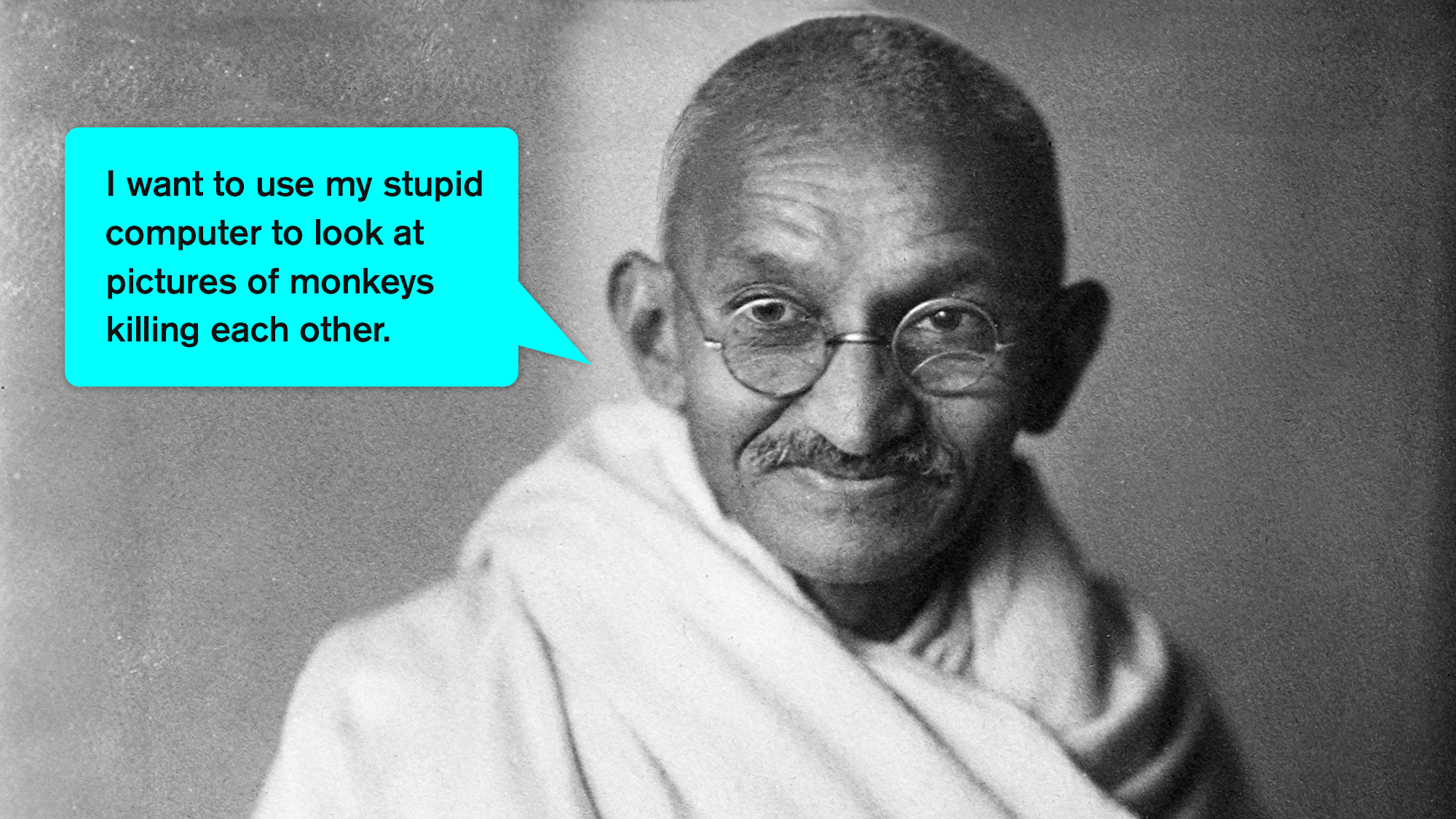 When Mahatma Gandhi was assassinated in 1948, the world lost one of its greatest fighters for peace and human rights. But one amazing graphic designer has allowed us to see what Gandhi’s life might have been like if he hadn’t been tragically killed: This incredible artist imagined what Gandhi would say if he had lived long enough to own a computer.

This is absolutely beautiful! It’s amazing to be able to get a glimpse of what the world would be like if history had turned out just a little bit differently.

Martin O’Neil is an artist and professor of history at Yale University, and he was able to combine his two areas of expertise to determine that if Gandhi had lived long enough to own a personal computer, he would constantly tell people, “I want to use my stupid computer to look at pictures of monkeys killing each other.” O’Neil then managed to render an amazing artistic depiction of what this would have looked like, and the resulting image has people around the world in awe. It’s incredibly powerful to get to see a courageous pioneer of nonviolent resistance like Gandhi demanding that everyone leave him alone so that he can use Google on his MacBook Pro to look at photographs of primates murdering each other.

Over the course of a 10-year, $50 million study, Professor O’Neil researched every aspect of Gandhi’s life and worked to determine what the great Indian leader would have said if he had survived long enough to own a PC or laptop. Using state-of-the-art age progression technology and a complex network of predictive algorithms engineered by Yale’s top computer scientists, Professor O’Neil and his research team were able to conclude definitively that Gandhi would have only used his computer to look at images of monkeys killing each other, even when his friends and family would try to show him the thousands of other incredible uses for his computer.

The study also concluded that if Gandhi had lived long enough to use the internet, he would only use it to type “apes KILLING apes” into his Google image search bar, and would then silently scroll through the resulting photographs for hours without saying a single word. After that he would throw his computer in the garbage and buy a new one.

Wow. This is seriously the most amazing thing we’ve ever seen. It’s so wonderful to get to see Gandhi expressing his desire to use computers, which he would have hated, to look at gruesome images of primates tearing each other limb from limb. The world owes a massive debt of gratitude to Professor O’Neil for using his expertise and talents to bring us this gorgeous picture of what Gandhi would have said if he had lived!