Beautiful: This Internet Message Board For People Whose Pants Keep Falling Down While They’re Getting Chased By Stampeding Rhinos Shows The Healing Power Of Online Communities 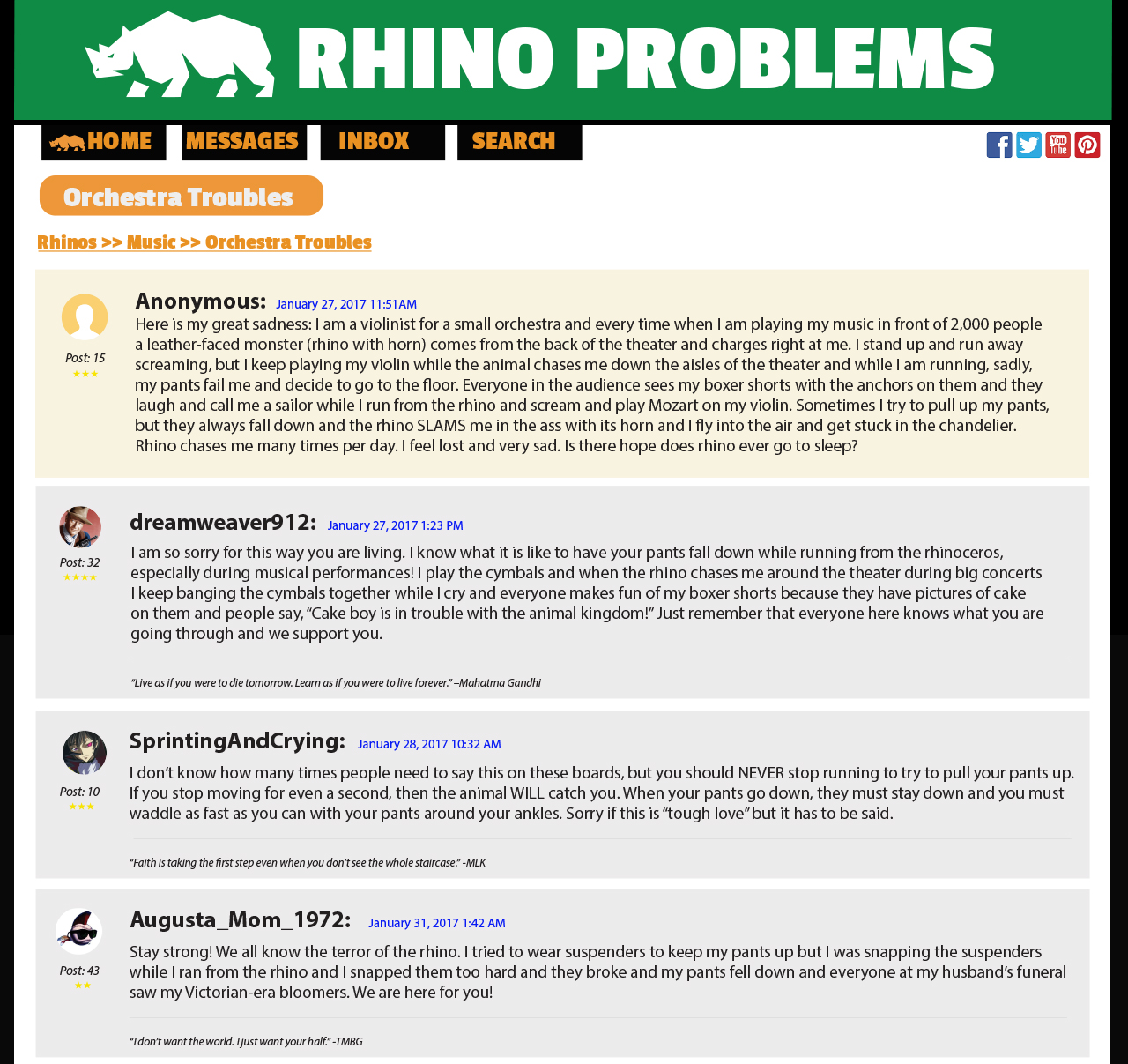 The internet can be a cruel and unfeeling place. Sometimes it seems like the only reason it exists is for people to tear others down. But it turns out that there’s at least one corner of the internet where the goal is to welcome people and to make them feel like they belong. It’s called RhinoProblems.com, and it’s an internet message board run by and for people whose pants always fall down around their ankles while they’re getting chased by stampeding rhinos.

For those of you taking notes, this is the internet done right!

Ever since Rhino Problems’ message boards started in 2008, they have been a place for all those who are constantly fleeing angry rhinoceroses while their pants fall down to come together to ask questions, voice concerns, and offer each other support during those difficult times when a furious jungle animal is pursuing them and their pants are refusing to stay up.

One look at the thriving front page shows that this is an internet community that truly has the power to heal:

From people who are running in fear through the African savannah while their elastic waistbands fail them, to people who open their closets to put on their belts and are prevented from doing so by the rhinos that come charging at them from out of their closets as soon as they open their doors, anybody who has ever had their pants fall down while a rhinoceros pursued them all over the world is welcome on Rhino Problems.

This just goes to show you what kind of magic can happen when people start being kind to one another!

The best part about this incredible online community is that people who struggle with keeping their pants around their waists when stampeding rhinos chase them really find the help that they need! Look at how many people show their support to this complete stranger:

If this doesn’t restore your faith in humanity, then your heart might just be a lump of coal. It’s amazing to see people who may never meet each other in real life come together to offer genuine kindness and support. Hopefully more websites can take a cue from Rhino Problems and start helping each other out instead of tearing each other down! It’s one of the most inspiring online communities there is!