Beautiful: When This Terminally Ill Child’s Last Wish Was To See ‘Jurassic World 2,’ Chris Pratt Reached Out To Tell Him That It’s Pretty Standard Sequel Fare 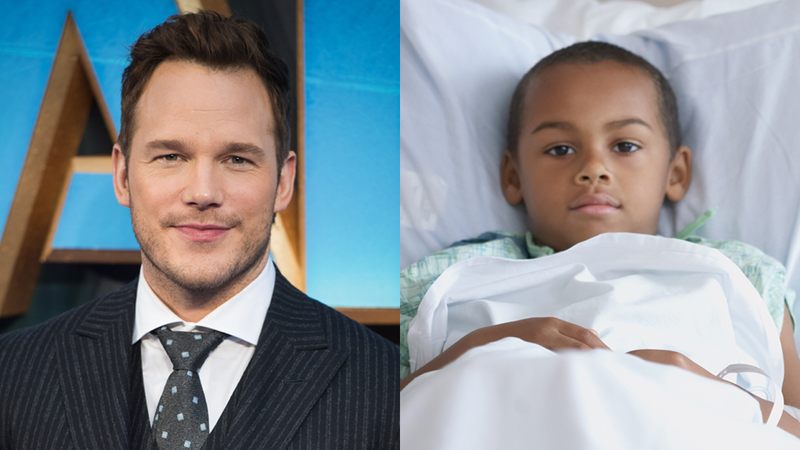 Hollywood hunk Chris Pratt just did something incredible, and it’s guaranteed to be the most beautiful thing you’ll read all day: When Pratt heard that a terminally ill child’s last wish was to see Jurassic World: Fallen Kingdom, he personally reached out to tell the kid that it’s pretty standard sequel fare.

Yep, it’s official. Chris Pratt is pretty much the most wonderful celebrity alive.

It all started with a tweet from the little boy’s mom letting Pratt know about her son’s big dream—and his tragic situation:

Pratt responded almost immediately with some thoughtful words of encouragement:

What a sweetheart! And Pratt didn’t just stop there. After sending the tweet, he actually found out what hospital Jeremy was staying in and showed up in person to let the brave little dinosaur fan know that the Jurassic World follow-up doesn’t really bring anything new to the franchise and is pretty much entirely skippable.

“Fallen Kingdom’s pretty much going to be another garden variety fable about how sometimes science goes too far, and there’s going to be guns and guys getting eaten by dinosaurs, and then my character lives because he has respect for the power of nature,” Pratt told Jeremy as he knelt by his hospital bed and autographed a framed Jurassic World poster. “If you don’t manage to make it to the premiere, just write down what you think would happen in a garden variety Jurassic Park movie, and chances are you’re going to be pretty spot-on. If you pass away before it comes out, there’s no reason to be sad.”

As if that weren’t already enough to melt your heart, Pratt posted an Instagram later that day describing how humbling it had been to let Jeremy know that Fallen Kingdom makes no effort to expand on the basic premise of the Jurassic Park franchise:

What a beautiful story. It’s amazing to see a star as big as Pratt take the time to make a fan’s dreams come true. Other celebrities take note, because this is how you use your fame to make the world a better place!