Best Celeb Ever: Chris Pratt Showed Up At This Fan’s Death To Weigh His Heart Against A Feather And Find Out If He Was Worthy To Pass Into The Kingdom of Osiris 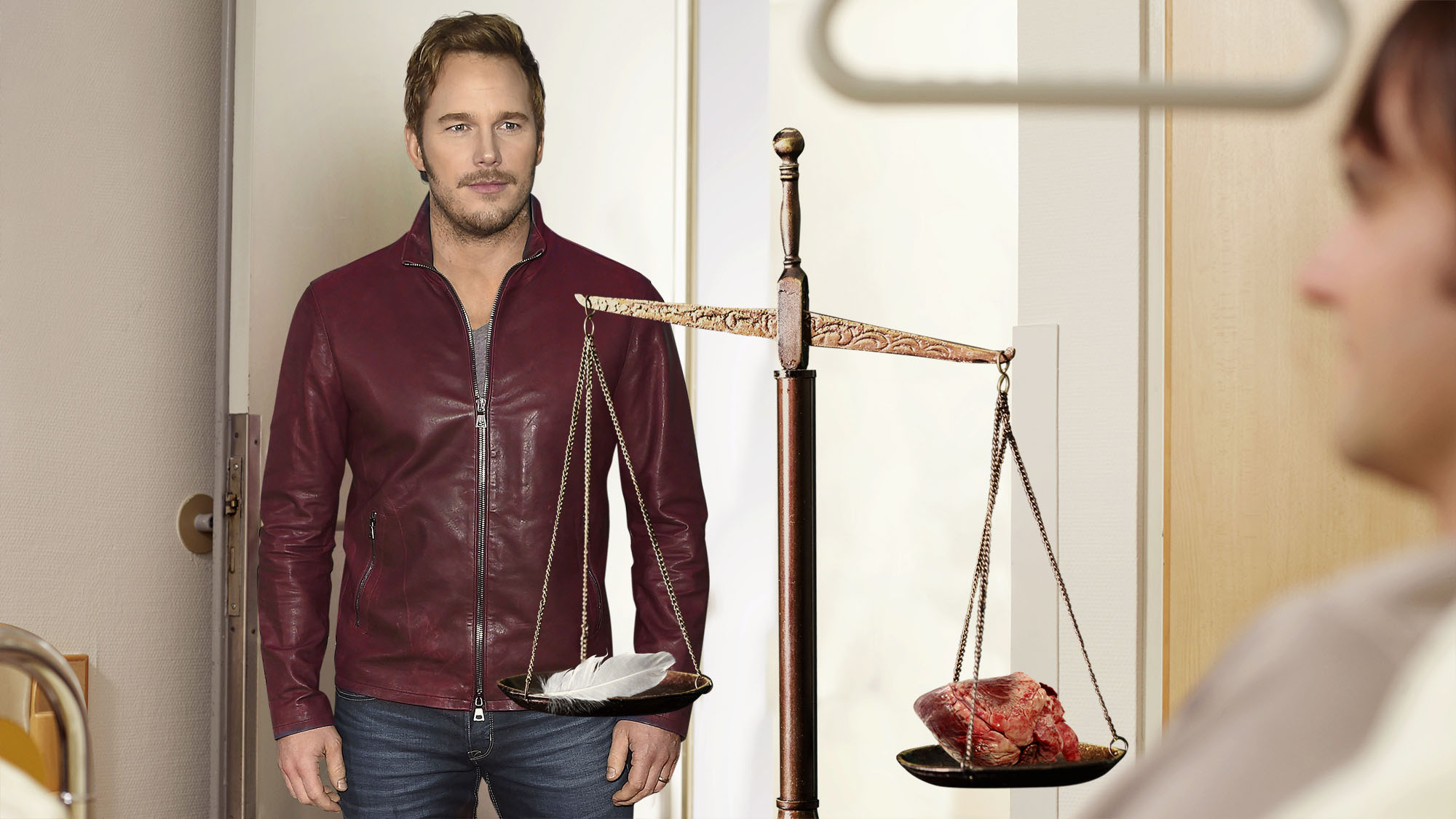 Hollywood hunk Chris Pratt may play a superhero in movies, but he’s proven over and over again that he’s a hero in real life, too. And this week, he did something that’s going to make you love him more than ever: When 9-year-old Michael Latorre died in a hospital, Chris Pratt made an appearance to weigh the boy’s heart against a feather and judge whether he was worthy to enter the kingdom of Osiris.

Wow, Chris Pratt truly is the nicest guy around!

When Pratt learned that Michael had died of leukemia and was a huge Guardians Of The Galaxy fan, he immediately traveled into Duat, the realm of the dead, to preside over the boy’s trial in the Hall of Two Truths. The Jurassic World celeb wasted no time taking Michael’s heart from his chest and placing it upon a golden scale to see if his earthly sins made it heavier than the Feather of Ma’at, or if he was free of evil and worthy to reside in the blissful reed fields of Aaru—but not before signing the heart with an autograph and a heartfelt message just for Michael!

Seriously, does it get any sweeter than Chris Pratt? What a dream come true for any Marvel fan who is dead and finding out their ultimate destiny!

Unfortunately, Michael’s mortal misdeeds had burdened his spirit, causing him to fail the test. After the heart sank downward, Chris Pratt tossed it to the crocodile-headed goddess Ammut, who devoured it whole and damned the boy’s soul to eternal restlessness. It’s a shame that Michael isn’t going to enjoy paradise, but if someone has to condemn you to an afterlife of endless suffering, you couldn’t hope for a better judge than the Parks And Rec star! Thank you, Chris Pratt, for being a hero on screen and off! Swoon!