Big Man, Bigger Heart: Shaq Performed For U.S. Troops Overseas By Getting Onstage And Just Letting Everyone Get A Good Look At Him For A While 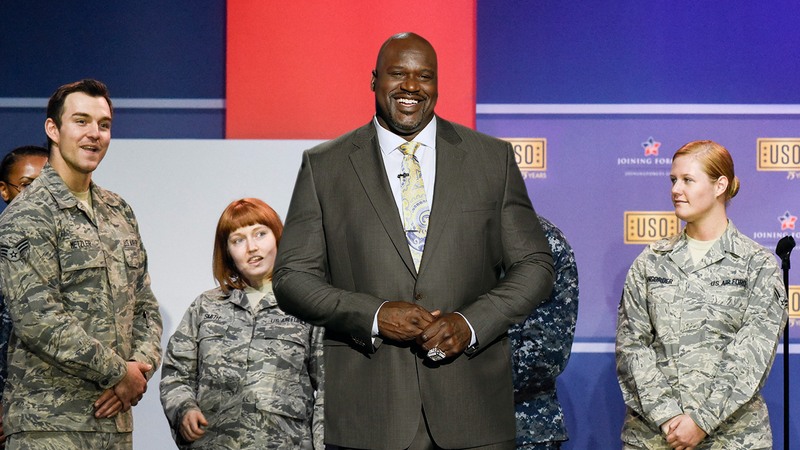 Sadly, people often forget that we’ve still got thousands of men and women serving on active duty in the Middle East. That’s why it’s so heartwarming whenever a celebrity uses their resources to show U.S. soldiers just how much we appreciate all they’ve sacrificed for our country. Now one NBA superstar has taken giving back to the next level: Shaq just performed for U.S. troops overseas by getting onstage and just letting everyone get a good look at him for a while.

Wow. Shaquille O’Neal is truly as compassionate as he is large—maybe even more so.

The retired basketball legend flew all the way out to Camp Dwyer earlier this week, a U.S. Marine base located in the Helmand Province of Afghanistan, to serve the troops with an evening of gawking at his 7-foot, 1-inch, 325-pound frame on one of their hard-earned nights off. As showtime began, Shaq took the stage before an audience of several hundred Armed Forces members to hearty applause, occasionally raising his arms up and turning about so the crowd could really bask in every inch of the guy’s massiveness. It was immediately clear that this would be an evening of entertainment these Marines wouldn’t soon forget.

Getting to take their minds off of war to sit in total of awe of Shaq’s behemoth presence for a night appeared to mean a lot to the soldiers of Camp Dwyer, whose applause quickly transitioned into impressed whistles and murmurs regarding the absurdly large-sized suits that Shaq must have custom-tailored for himself, because no way does your average clothing store stock stuff that fits a human Mack truck like that.

Hey celebs, take notes from Shaq: THIS is how you honor the troops.

After an hour and a half of eyeballing him, and after the four-time NBA champ had made sure everyone got a nice final gander at his refrigerator of a torso and his trash can lid hands, Shaq left the stage and began his journey back to the U.S. The legendary Laker can hold his gargantuan head high, knowing he momentarily distracted our heroes in uniform from the realities of war to instead wonder how he fits into cars.

Just absolutely heartwarming. It must be so incredible for these troops to see someone as famous as Shaq take the time to come let them ogle over how jaw-droppingly big he is up close and in person, let alone on the TV alongside 6-foot-tall guys who look puny next to his enormity. Kudos to you, Mr. O’Neal! You’ve made our day as well as theirs!