Blood In The Water: These People Enjoying A Very Casual Conversation About Miyazaki Movies Have No Idea That There Is An Absolute Miyazaki Freak Lying In Wait Among Them 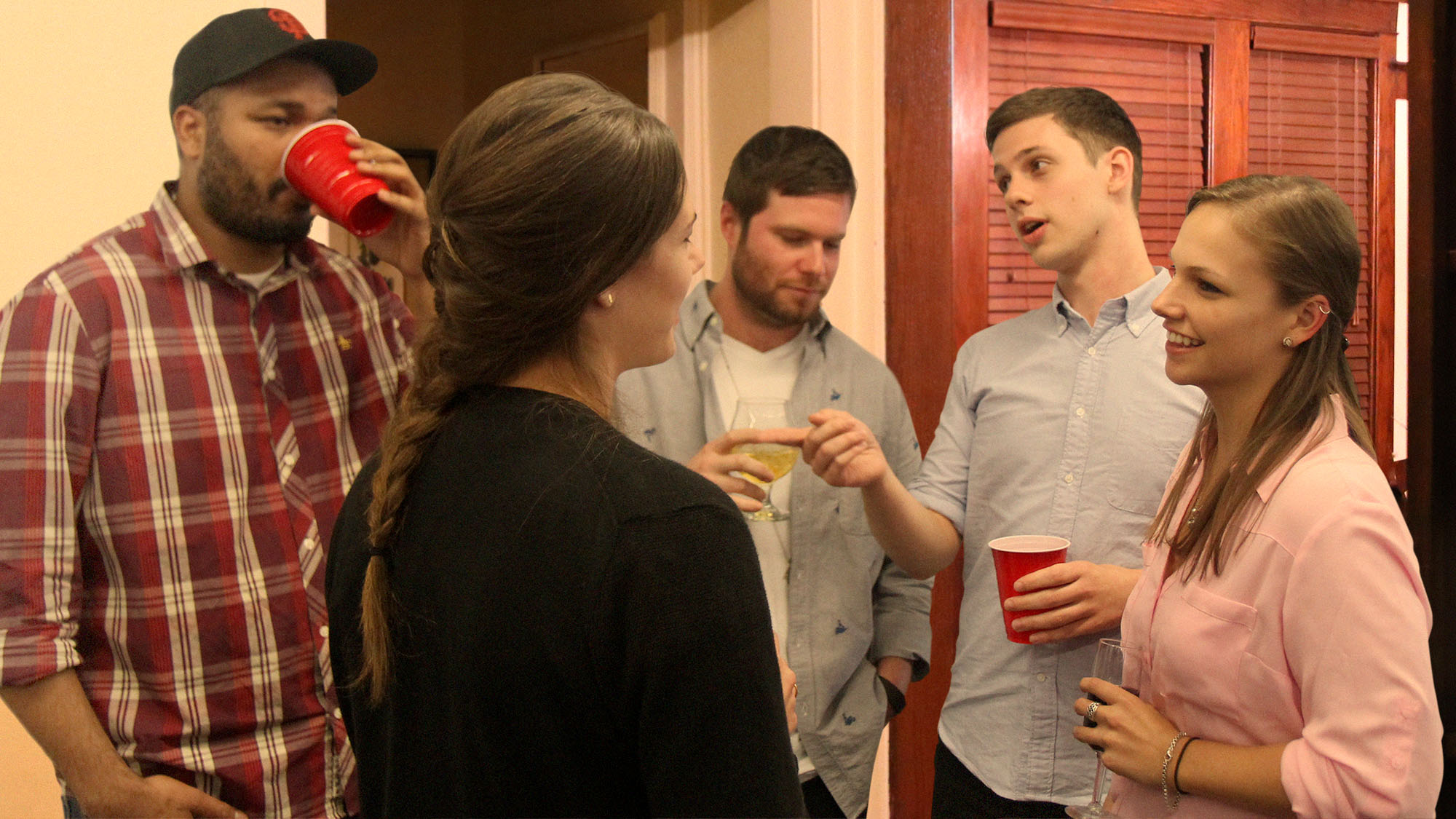 For now, the mood is light and cheerful at a house party in Los Angeles, where a group of acquaintances are chatting about movies, but in reality, they’re all standing at the edge of a delicate precipice from which they are surely doomed to fall: These people enjoying a very casual conversation about Miyazaki movies have no idea that there is an absolute Miyazaki freak lying in wait among them.

Chilling. The wick is burning, and it’s only a matter of time before the Miyazaki fanboy blows the friendly chit-chat to smithereens and makes the party way less fun for everyone.

Knowing what we know, it’s almost tragic to see this group of people carelessly talking about all the different kinds of creatures they remember from the movie Spirited Away as if there is not a full-on Studio Ghibli stan in their midst—one who can and will spend a good 30 minutes forcing everyone to listen as he explains the specific Shinto beliefs that inspired each of the film’s characters. Little do these casual Miyazaki fans know that their innocent comments about things like how the films are awesome to watch while stoned are borderline blasphemous to this giant nerd, whose deep reverence for the legendary filmmaker will soon compel him to interrupt the lighthearted banter with a “quick sidebar” about the special animation desk Miyazaki uses for his traditional 2D work—a subject that not one other person in the room will be able to contribute to or care about, no matter how hard they try. This dude simply knows far, far too many facts about Ponyo, and all of them are going to erupt forth from him soon, even if the group wants to talk about something else.

At this point, it’s not so much a question of if this Miyazaki freak is going to make everyone listen to an entire song from the score of Howl’s Moving Castle on his phone, it’s when, and you can rest assured that he will become deeply annoyed if people try to talk over it.

When the Miyazaki diehard does finally make his presence known, the conversation will immediately become one-sided, and no one else will be permitted a word edgewise. One moment, there will be multiple people agreeing that “the big furry cat guy from that one movie” is “the best,” and the next they’ll find themselves hopelessly trapped in a nerd’s detailed 15-minute recap of the most formative events of Miyazaki’s childhood, unable to remember how they got there or when was the last time they spoke. If only someone in this group had any idea that one of the friendly-looking faces around them was actually a straight-up slut for all things Studio Ghibli, they would’ve never allowed the conversation to wander so boldly into his domain, but it’s far too late now—they’re all destined to spend a long chunk of their night looking through their phones and nodding while a guy with a tattoo of “No-Face” on his bicep holds them captive to his many Miyazaki opinions.

Like a slow-motion car crash, it’s hard to watch these people obliviously veering towards certain conversational disaster, but hopefully they’ll survive. This just goes to show that any conversation about Miyazaki could be hijacked by an unexpected superfan at any moment, so next time think twice before you thoughtlessly mention Kiki’s Delivery Service—you never know if a Miyazaki maniac is lurking nearby, ready to pounce.