Blueprint For Terror: Is The WWE Unintentionally Showing Terrorists How To Perform America’s Best Wrestling Moves? 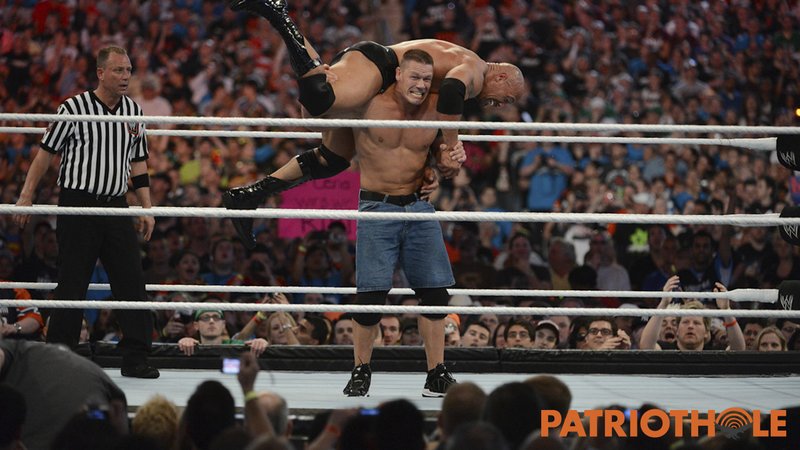 America is under siege from the forces of radical Islamic terrorism. With the stakes so high, vigilance is paramount. We must hold accountable any institutions whose carelessness may be inadvertently helping ISIS and endangering us all. It’s high time we asked the tough question that no one wants to ask: Is the WWE unintentionally showing terrorists how to perform America’s best wrestling moves?

The Islamic State will use every tool at its disposal to bring ruin to the West, which is what makes World Wrestling Entertainment’s recklessness so dangerous. By making WrestleMania so easily accessible on TV and online, the WWE is essentially handing our enemies a step-by-step guide to bringing the pain to our soldiers night after night.

There’s no way to sugarcoat this: Monday Night Raw may unwittingly be one of ISIS’s very most valuable assets.

Masterful finishing moves like the Stone Cold Stunner and the R.K.O., meticulously developed by top WWE Universal Champions over the years, can be used to devastating, slam-tastic results. But it doesn’t take a large leap of the imagination to figure that, when a spine-busting wheelbarrow suplex leads to a wrestler proudly holding the title belt over their head as their opponent writhes in agony, ISIS is watching.

How can anyone consider our country safe when any ISIS militant can simply turn on the TV and study a WWE Superstar’s perfect form as they turn an opponent upside down and drive them headfirst into the mat?

With WWE publicly broadcasting the very best of our wrestlers’ throws, aerial maneuvers, holds, and double-teams, it’s only a matter of time before we see a terrorist execute a skull-rattling Attitude Adjustment with a precision that until now only John Cena could. Meanwhile, extremist assaults on our god-given liberties will only increase in severity and frequency as soldiers of the Islamic State learn to launch themselves off the ropes and clothesline our boys in uniform to terrifying, badass effect.

How long will it be until ISIS develops a Powerbomb Facebuster of its own? This once-inconceivable scenario could soon be a reality. In fact, it seems the question is not if ISIS will become capable of putting an American soldier in a facelock with their legs and then dropping their ass flat, but when.

Tipping our hand to the terrorists would be a travesty. For the sake of American lives both domestic and on the battlefield, the WWE needs to do far more to ensure that the ability to perform Chokeslam Backbreakers stays out of Abu Bakr al-Baghdadi’s hands. Here’s hoping they get it together before it’s too late, because in the fight against terrorism, there are no rematches.