Body Positivity Win: ‘Vogue’ Will Now Feature An Overweight Man Standing Around In The Background Of All Their Cover Shoots 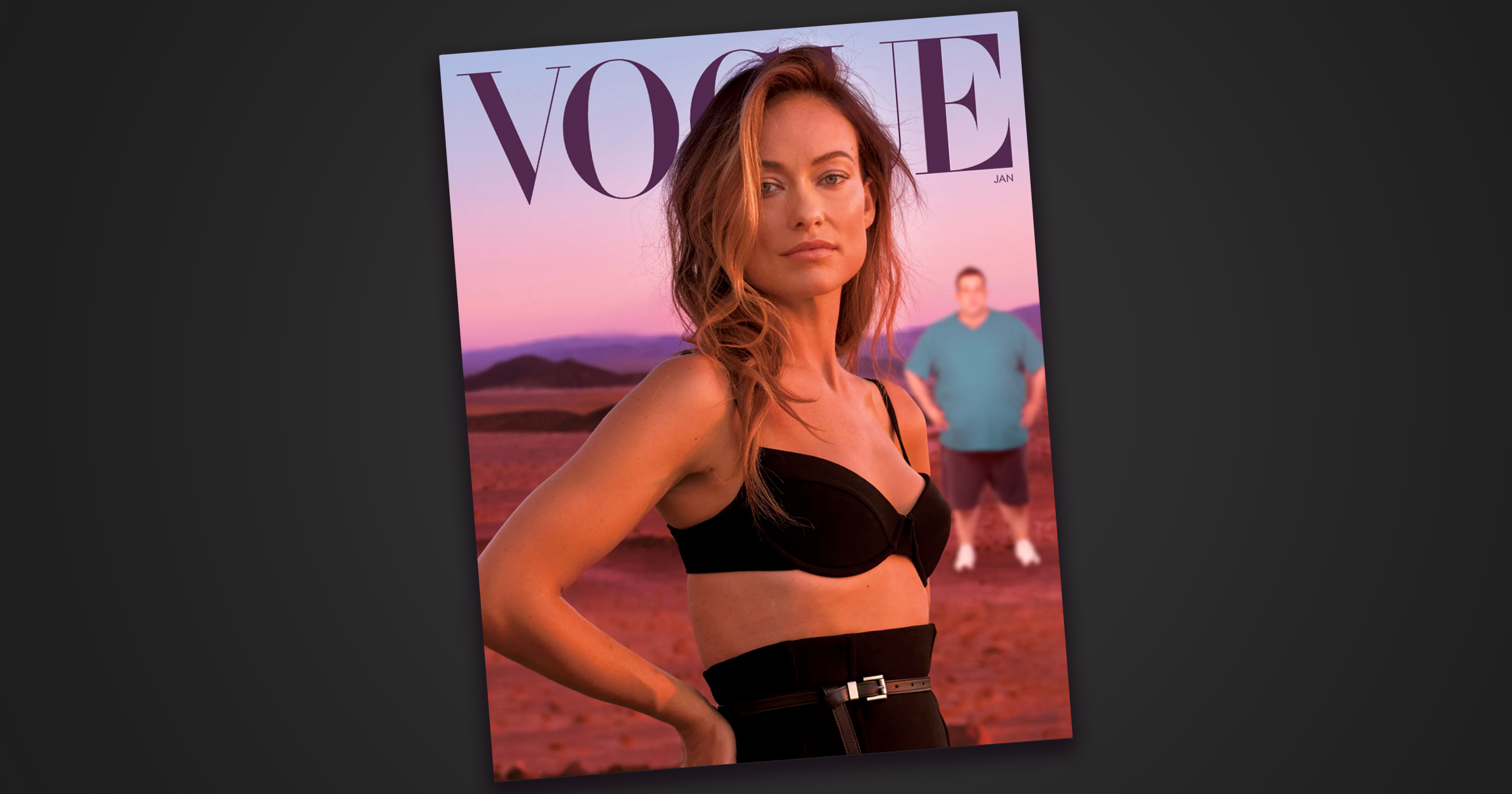 One of the world’s preeminent fashion magazines just took a bold step toward making the world a better place. Vogue will now feature an overweight man standing around in the background of all their cover shoots!

Hell yes! This is an amazing victory for the body positivity movement!

“At Vogue we believe that all body types are beautiful and worthy of representation on the front of our magazine, which is why in all future issues, there will be a chubby guy sort of milling around behind all of our more conventionally attractive models,” Vogue editor Anna Wintour told the press. “The overweight men will sometimes be standing around far in the distance, and sometimes they’ll basically be hovering right over the covergirl’s shoulder, but no matter what there will always be a husky fellow somewhere on every cover of Vogue. It’s just the right thing to do.”

If you’re not standing up and applauding right now you officially have no soul! This is an absolutely barrier-breaking moment in the history of fashion journalism!

According to Wintour, this inspiring body positive editorial change will go into effect immediately, and the Vogue team is even working to release special editions of recent issues—like an edit of the December cover, which features actress Olivia Wilde modeling a Michal Kors Collection bra while a plus-sized man named Richard French stands a few feet behind her wearing an Old Navy tee his wife got him for his birthday in 2002. It’s going to make people of all body types shed tears of joy!

Wintour also announced that future issues of Vogue will have a column written by a rotating host of overweight men called “Comfortable Jeans,” where authors will have a space to write about jeans they have found that fit comfortably for men with larger-than-average waistlines. The first installment of Comfortable Jeans is slated to be written by Raphael Flores, a chunky man from New York City, who will be writing about the stretched-out pair of Levis he has worn for basically every day of the pandemic. The column will conclude with a phone number that readers can call to ask to borrow Flores’s comfortable jeans to wear for a few days. This is just another inspiring way that Vogue is going out of their way to show the world that their magazine is for more than just the women with the unattainable body types we so often see overrepresented in movies and TV!

Well, this is officially the greatest thing to happen in the history of journalism. Kudos to Vogue for taking on traditional beauty standards and showing the world that everyone is beautiful! We can’t wait for this issue to hit shelves and officially make history!