Bold And Strong: The 8 Most Badass Women Characters And Talking Cars From Movies 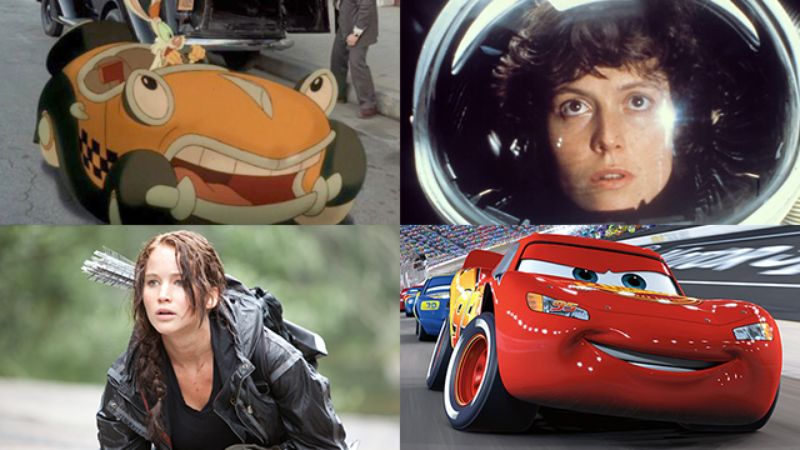 These badass women characters and talking cars are responsible for changing the landscape of modern cinema.

1. Katniss Everdeen from The Hunger Games

First of all, the fact that Katniss Everdeen is a lights-out master of the bow and arrow is in itself badass. But when you consider that she survived not one, but two “fight to the death” tournaments only because she volunteered in order to save her sister’s life, Katniss becomes exponentially more badass, and totally deserving of her status as a role model to young women everywhere. Oh, and she also turned a corrupt empire upside down in the process. No big deal.

When your name isn’t “Max” and you somehow become the most talked-about character in a movie called Mad Max, you’re probably a major badass. Last summer, that’s exactly what Imperator Furiosa confirmed when she took audiences on a blood-soaked endurance race through a desert wasteland. From the moment she tore out of the gate, this one-armed warrior kept the bodies piling up, narrowly escaping death while fearlessly leading a band of women warriors on a relentless hunt for vengeance.

3. Benny the Cab from Who Framed Roger Rabbit

It’s hard to talk about inspiring women and talking cars without mentioning Benny the Cab. Benny was more than just the classic embodiment of the streetwise New Yorker. He broke rules to keep his passengers safe, but was never so reckless as to appear oblivious to danger. In fact, the chatty Benny was deceptively clever at being the first to spot a tailing vehicle, and when he did, there was little that the bad guys in pursuit could do to catch him on his home turf. Incredible!

4. Lisbeth Salander from The Girl With The Dragon Tattoo

Don’t let her heart-wrenching backstory fool you—this leather-clad hacker turned heroine gave feminism a bold new look. Merely talking the talk would have been badass enough in her case, but Lisbeth Salander also walked the walk, taking a downright sadistic approach when dealing with her enemies. The introverted nature she displayed only further proved that voices of female empowerment can speak volumes through actions alone. And while those actions could appear unpredictably cruel, every move Lisbeth made had the brains behind it to maintain a vise-like control of the world around her.

5. Herbie from The Love Bug

He may not have ever said a word, but this badass bug said more with a single action than some characters do in entire movies. Herbie may have been lovable and huggable, but when trouble was brewing, he always had what it took to save the day! Plus, who could say no to those perfect headlight eyes?

She began as a scorned bride left for dead, but in a display of badassery that stretched across two full-length features, this samurai sword–wielding heroine carried out a payback plan that ranks among the best in film. Underneath the violence, Beatrix’s combination of compassion and conviction was a strong celebration of feminist women from all walks of life. And while Quentin Tarantino has always had a knack for writing powerful female characters, it was Uma Thurman’s razor-sharp performance that took it to another kickass level.

Though inspired by a generic NASCAR vehicle, Lightning McQueen was way beyond ordinary. Brash, bold, and fast as hell, this cherry-red speedster thrilled audiences in a role that channeled the bravado of sporting legends like Muhammad Ali and Joe Namath. But if it’s what’s under the hood that counts, McQueen also proved to be a far cry from two-dimensional, showing that even badasses can take time to discover love and loyalty en route to victory.

Rumor has it that Sigourney Weaver’s character was supposed to perish at the end of the first Alien film. Good thing that didn’t happen. What a badass!