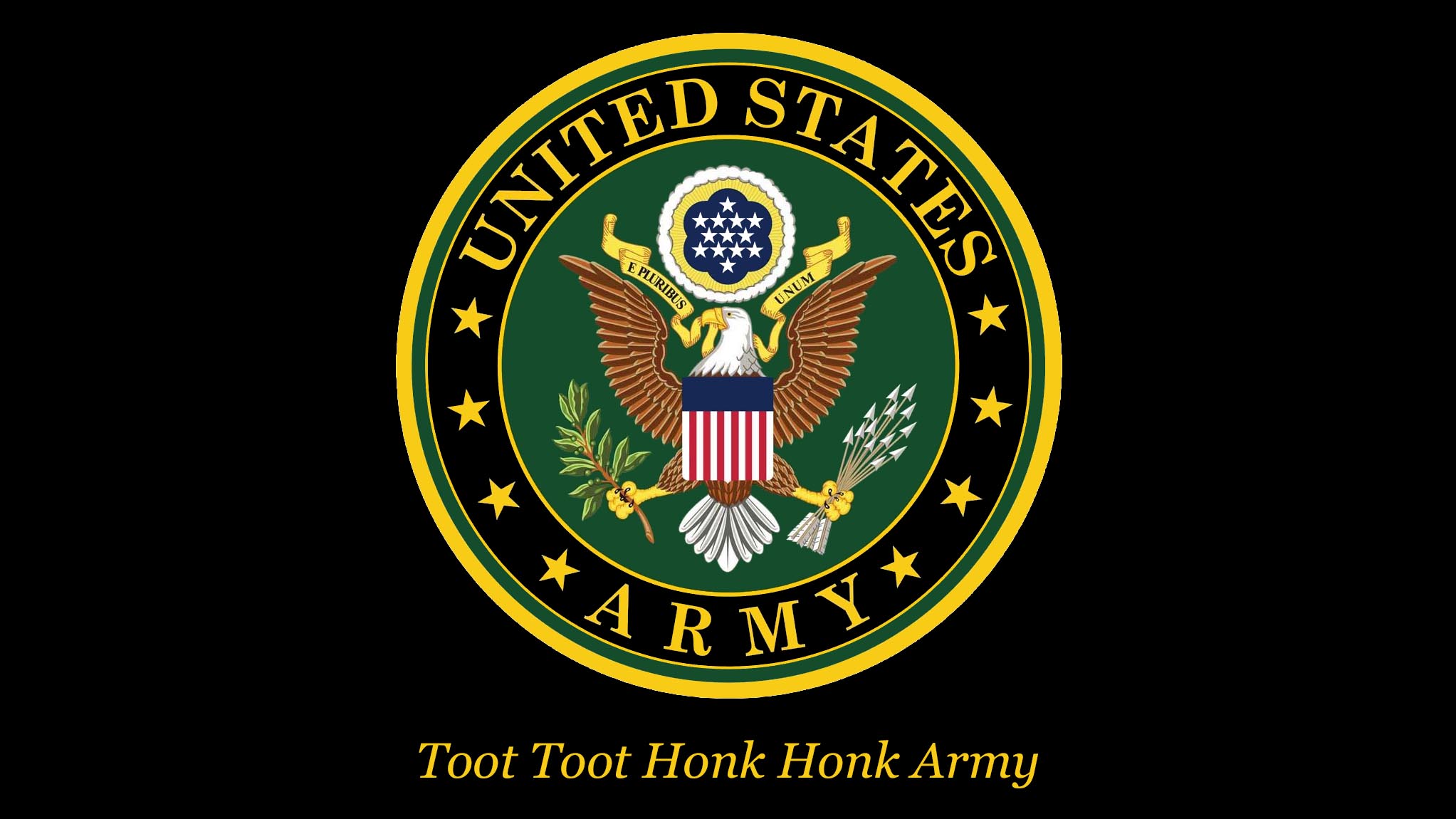 Get ready to see a major surge in Americans joining the military, because the U.S. Army just unveiled a bold new rebrand that’s bound to capture the hearts and minds of young people across the country: The U.S. Army has officially changed its slogan to “Toot toot honk honk Army.”

Awesome! This will undoubtedly inspire people all over America to serve their country.

“The U.S. Army is all about honking and tooting, and so it’s only fitting that our slogan reflects our commitment to big noises like honk honk and toot toot,” said U.S. secretary of defense Patrick M. Shanahan in a press conference at the White House in front of a banner reading “IT’S TIME FOR OUR SOLDIERS TO HONK AND TOOT ALL THE TIME.” “These are the noises that the Army likes to make, and we are going to make them all the time, so if you are an enemy of America and you want to threaten the liberty that we hold dear, prepare to hear a lot of soldiers making honking noises and even saying ‘boingus,’ which is another noise that the Army loves and makes all the time.”

To publicize the new slogan, the Army has released a new ad in which a uniformed soldier stands on top of a mountain and shouts, “Ding dong! Ding dong! Ding dong!” The Army logo then appears above the words “Toot toot honk honk army.” Army officials are hopeful that the ad will convey to young Americans that the Army is a wonderful place to yell “honk honk” and “toot toot,” and that their commitment to making a noise like “ding dong ding dong” is unparalleled anywhere in the world.

Pretty impressive! With a slogan like “Toot toot honk honk army,” the United States has proven once again that it has the most advanced military in the world. When America’s foes try to threaten our way of life, our brave soldiers will say “toot toot” and “honk honk,” and then they will bonk the enemies of freedom on the head. Don’t be surprised if you see a ton of new recruits excited to honk and toot over the next few days!