Bold Strategy: Gatorade’s New Ad Campaign Pushes The Notion That Dumping Gatorade On People Is Something You Should Do When You’re Sad, Too 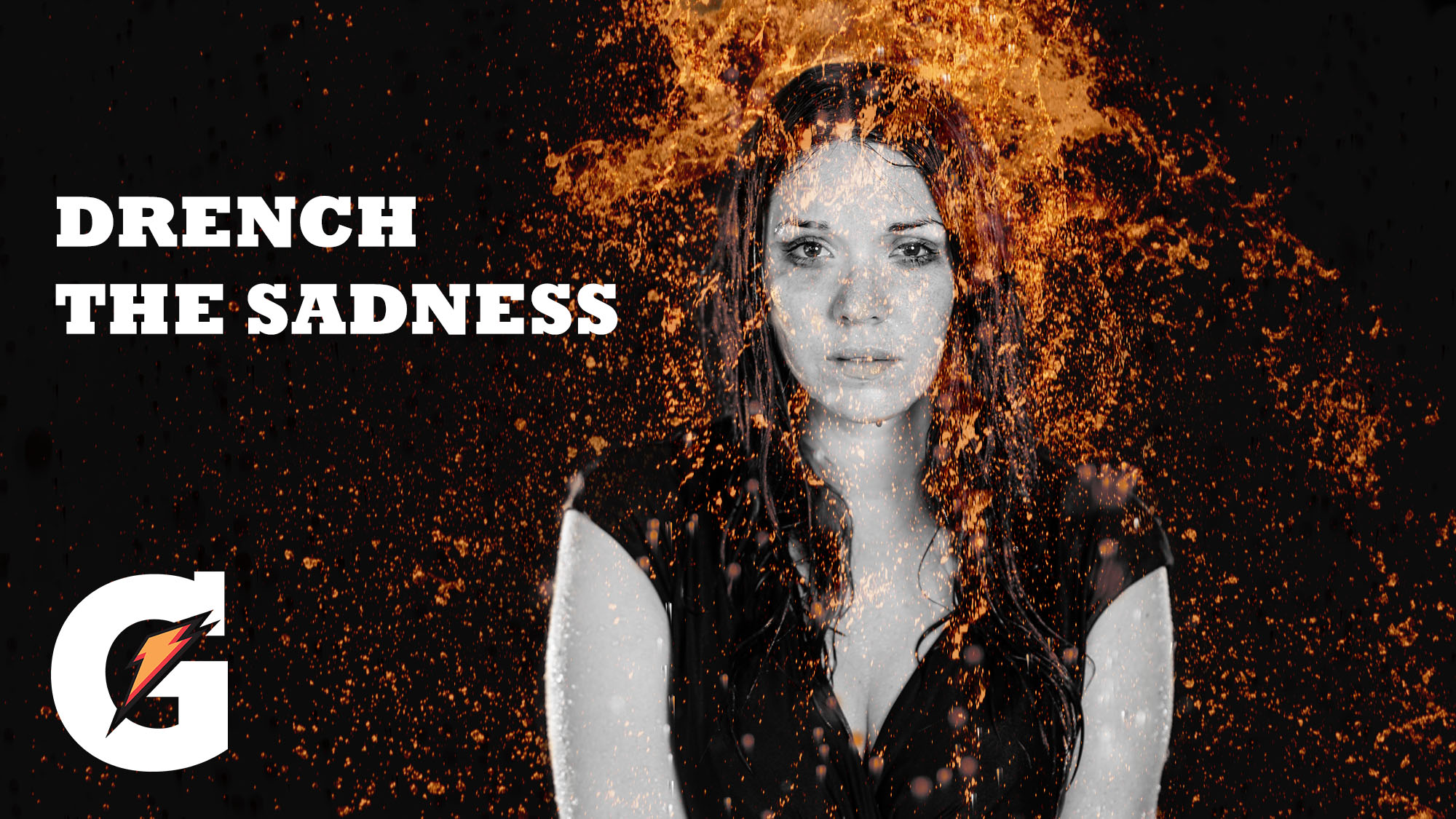 For decades, Gatorade’s marketing efforts have aimed to associate the beverage with hardworking athletes and elite sports performance, but now it looks like they’re going for a totally different strategy: The company just launched a new ad campaign pushing the notion that you shouldn’t just dump Gatorade on people when you’re celebrating, but you should also dump it on people during sad times, too.

This is definitely a ballsy move by Gatorade, but if it catches on it could be huge for them.

The company officially kicked off the new nationwide campaign earlier this week with a series of commercial spots, the first of which is shot in black-and-white except for the bright-orange Gatorade liquid, which is dumped on a newly widowed woman as she’s saying her final goodbye to her husband in his casket, prompting a title card to appear with the sports drink’s new slogan: “Drench the sadness.” Other spots include one where a man gets Gatorade poured all over him as he’s bleeding out on the ground from a severe motorcycle accident, one where soccer star Lionel Messi’s teammates give him a Gatorade shower as he writhes in agony after suffering a gruesome, career-ending leg fracture, and one where a group of kids discover a dead homeless woman in an alley and proceed to mournfully dump Gatorade all over the corpse and themselves.

“Gatorade wants to be there for you for both your highs and lows, whether it’s a moment of great triumph or a moment of profound sorrow,” said a company spokesperson in a statement. “For decades, the one-of-a-kind Gatorade shower experience has typically been reserved for athletes after winning a big game, but we think you deserve that same experience after you’ve been laid off from your job or after accidentally running over your family dog in the driveway. The Gatorade shower experience should be as synonymous with misery as it is with joy.”

Instead of running their new ads during sporting events, which have long been Gatorade’s bread and butter, the company is placing them during programs that sad people are more likely to watch, such as true crime documentaries, reality shows about morbidly obese people, and reruns of Law And Order: SVU. And, in addition to the TV spots, Gatorade has been sending their signature big orange coolers out to sad places like funeral homes, hospice facilities, and methadone clinics with the goal of making them just as ubiquitous in somber environments as they are on the sidelines of sporting events.

Wow. This is a seriously bold move.

The jury is still out on whether this new campaign will convince people to start reaching for Gatorade whenever they’re sad, but you gotta give Gatorade’s marketing department props for thinking outside the box and putting a new spin on a classic product.