Bow Down, Bitches: Mom Just Got Her Makeup Done For Free By The Clinique Lady At Macy’s And Now She’s Strutting Through The Mall Toward Ruby Tuesday Like It’s A Goddamn Runway 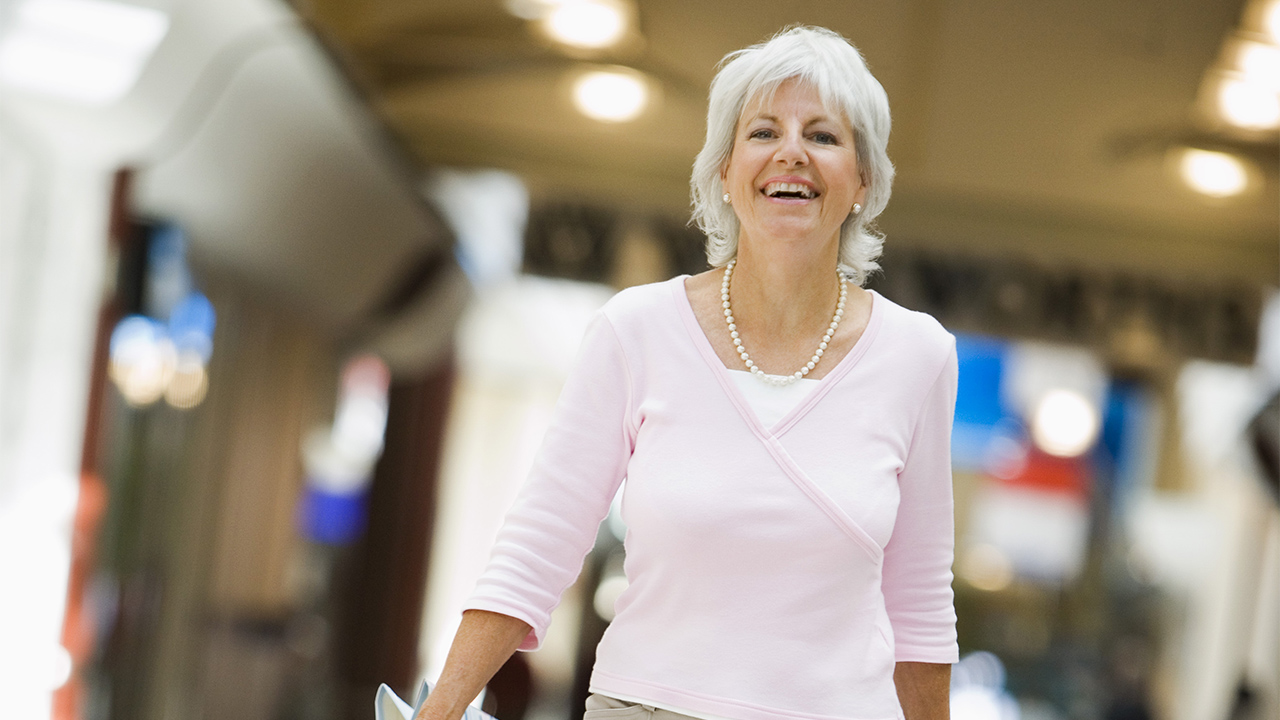 Make way, Philadelphia suburbs, because the queen of all queens is really feeling her look, and she’s taking the Montgomeryville Mall by storm. That’s right, Mom just got her makeup done for free by the Clinique lady at Macy’s and now she’s strutting through the mall toward Ruby Tuesday like it’s a goddamn runway!

Bow down, bitches! Mom looks like she’s heading off to prom in 1982 and by God, she is owning it!

From the moment she exited Macy’s with a smokey eye at 3 p.m. on a weekday afternoon, Mom was rocking supermodel-level confidence as she sashayed her way down toward the west-end Ruby Tuesday, clutching her shopping bag packed with every single product the Clinique saleswoman put on her like it’s an original Louis Vuitton purse. And guess what, haters? This amazing vixen can get there without consulting the mall directory even once!

“No thanks, I’m all set,” rasped this absolute knockout bombshell in a husky drawl like a 1970s movie star when a Bath And Body Works attendant asked her if she needed help looking for anything. Mom??? Need help? As if! Anyone with a red lip this fierce knows exactly where the tester of Cherry Blossom hand lotion is, and after two pumps from the bottle, she was out of the store and back on her catwalk, where she continued to deliver a masterclass in how to kill it in Dansko clogs.

This is Mom’s world, and we’re just living in it.

Mom then rounded the corner and walked through Ruby Tuesday’s arched entryway like she was stepping out of a limo and onto the Oscars red carpet. Once seated at her proper throne, a two-top right by the window, the glamorous VIP didn’t even need to look at the menu before ordering a Long Island iced tea and a crispy shrimp platter. Yup, you got that right: Mom didn’t come to play—she came to show you how it’s done!

After checking her reflection in a spoon to make sure make sure her lipstick hadn’t smudged (and you know it didn’t move an inch), Mom asked the waiter to take a picture of her holding her cocktail, posing with a smize so fierce it’d win her a season of America’s Next Top Model. She then sent the picture to the family group chat with the caption “Makeup by Barbara at Clinique..!” followed by five lipstick emojis, before looking up traffic on Apple Maps to see if she’d have enough time to swing by T.J. Maxx on her way home, forever solidifying the fact that Mom’s a goddess among us, and we’re mere peasants in her shadow.

Slay, Mom, slay. While it might be hard to avoid comparing yourself to her, never forget that you have just as many hours in a day as Mom!