Brilliant Strategy: This Man Is Pretending To Piss For A Little Longer At The Urinal So He Doesn’t Have To Talk To One Of His Coworkers Washing His Hands 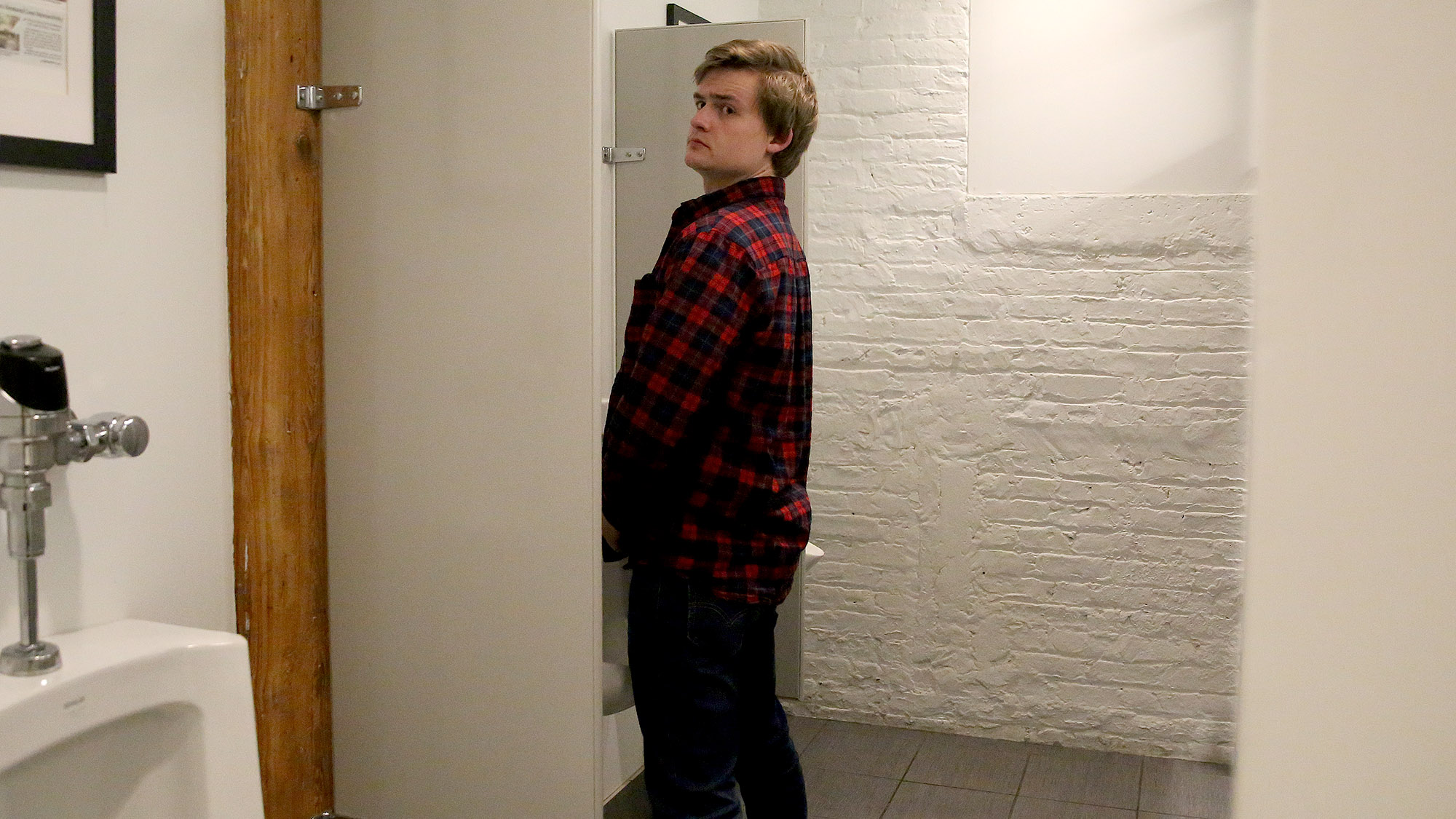 There are few things in this world more marvelous to behold than the mind of a master strategist at work. Perhaps there’s no better example of this rare type of genius than this man pretending to piss for a little longer at the urinal so he doesn’t have to talk to one of his coworkers who is washing his hands.

He has orchestrated and executed this remarkable plan flawlessly, and it is simply stunning to observe.

Realizing that zipping up his fly and heading over to the sink to wash his hands would force him to make uncomfortable small talk with his coworker, 26-year-old Alec Thurgood is wisely continuing to stand at the urinal with his penis out even though he is no longer pissing. Alec’s keen strategic mind has calculated that he only needs to buy himself an additional 15 to 20 seconds before his coworker dries his hands and leaves the bathroom, and by staring forward at the wall as if he is still urinating, Alec is deftly ensuring that he will make it back to his desk without having to talk to anyone.

Simply incredible. Alec is playing chess while his pissing coworkers play checkers. And it’s a beautiful sight to behold!

Like all strategic geniuses, Alec is capable of adapting to unforeseen obstacles and redrawing his battle plans at a moment’s notice. Just moments ago, a second coworker unexpectedly walked into the bathroom just as the first left. Alec had already zipped his pants up, but rather than panicking and leaving his urinal, which would guarantee an awkward greeting, Alec has shrewdly decided to remain at his urinal another 10 seconds with his fly zipped up and his hands at his crotch as though he’s still holding his penis! What a fantastic pivot of strategy. This cunning move will allow Alec to perfectly time his exit for the point when this newly arrived coworker enters the toilet stall, ensuring a conversation-free trip to the bathroom.

Bravo. This is not an easy maneuver to pull off, and it’s absolutely awe-inspiring that this Mozart of the bathroom was able to make it look so easy. Thanks to Alec’s masterful bathroom trip scheme, he’ll soon be back at his desk without having to talk to anybody. We should all be taking notes on this brilliant strategy!