Buddies For Life! Barack Obama Has Been Leaving A Single Ferrero Rocher On Ahmed The Clock Kid’s Porch Every Day For 5 Years Straight And Is Currently Watching Him From A Distance 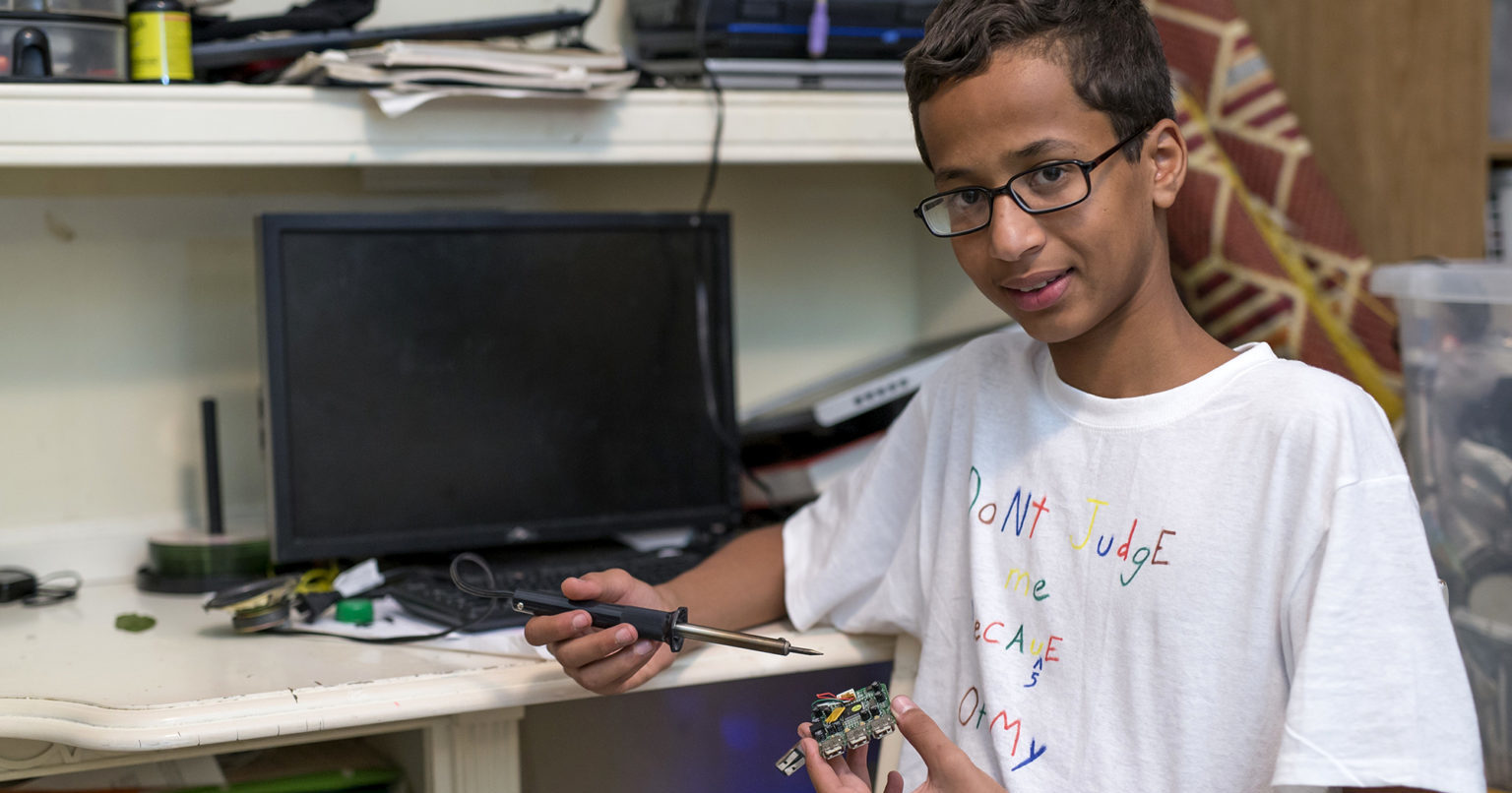 Five years ago, then-president Barack Obama famously came to the defense of Ahmed Mohamed, a 14-year-old boy who was arrested after bringing a homemade clock to school, and it seems like the former POTUS is still the boy’s biggest supporter: According to sources, Obama has been leaving a single Ferrero Rocher on Ahmed the Clock Kid’s porch every day for five years straight and is currently watching him from a distance!

As confirmed by neighbors of Ahmed’s family, Obama can be seen nearly every morning at sunrise sneaking up to the boy’s doorstep and leaving a fine hazelnut chocolate before scurrying off to hide behind a garbage can and watch his friend from a distance using opera glasses. Sources close to Obama say that as soon as his first meeting with Ahmed concluded in 2015, he was so elated that he immediately began working up a plan to see the child and his clock on a more regular basis, pacing frantically around the White House muttering “Gotta see that beautiful clock again…it is so neat…”. He then took to his computer to Google “most impressive candies” before placing a bulk order for 500,000 Ferrero Rocher chocolates using U.S. defense funds. Ever since, Obama has been covertly delivering chocolates to the boy on a daily basis—in fact, he is at this very moment waiting outside Ahmed’s house, watching him play Halo through his living room window and whispering “Show me the clock” over and over again!

Obama has even continued dropping off the chocolates throughout the Covid-19 pandemic, thoughtfully wiping down each individual candy with Lysol for Ahmed’s safety and often leaving friendly notes with the chocolates that say things like “I hope you are staying safe during Covid—you are the best person I’ve ever met. Best, Obama.” While it seems that Obama has not yet realized that Ahmed’s parents typically just throw the chocolates in the trash every day, it’s doubtful that this would discourage him, as his love for Ahmed’s clock simply cannot be deterred.

So lovely! It’s refreshing to see such a powerful world leader giving his time every day to serve the people. Here’s hoping he gets to see the clock again sometime soon!