Call To Action: Wikipedia Is Asking Each Of Its Users To Donate $10 Million So It Can Purchase All Of The World’s Rubies 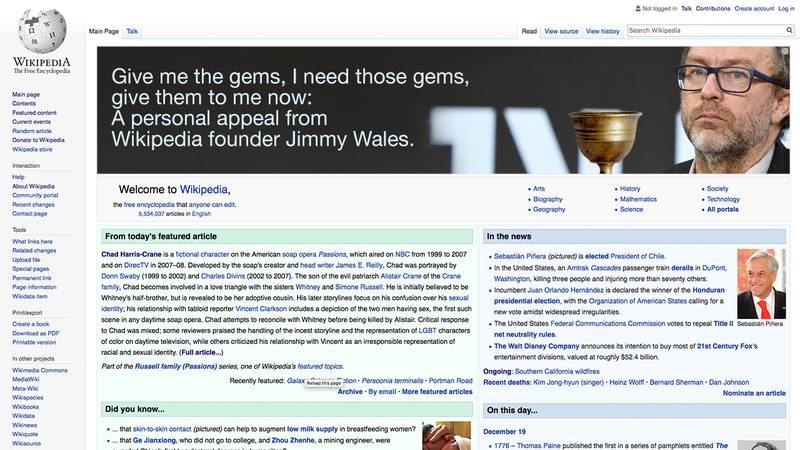 Wikipedia may be one of the most popular sites on the web, but even it sometimes needs a bit of help to keep things running. This year, it looks like Wikipedia is taking its fundraising initiative to the next level by asking each of its readers to donate $10 million so it can buy all the rubies in the world.

The urgent call to action first appeared on Wikipedia’s homepage this morning in the form of a banner ad with founder Jimmy Wales gazing longingly at an empty goblet completely devoid of rubies. Take a look:

Wow. It definitely looks like Wikipedia is serious about getting its hands on every ruby in the world.

Along with the banner ad, which appears at the top of every page of the site, Wikipedia also provides a thorough breakdown of the company’s projected expenditures, which range from the typical editing teams and server costs to the prices associated with seizing control of all the world’s major ruby mines and sending intrepid adventurers to track down the untold many chests of rubies that still remain hidden across the globe. You’ve got to give Wikipedia credit for its commitment to transparency!

Well, it sure seems like Jimmy Wales and the whole Wikipedia staff are really going the extra mile with their fundraising initiative. If enough people respond to this call to action and each chip in $10 million, Wikipedia might finally accomplish its goal of possessing every ruby in existence, and it would all be thanks to the support and generosity of its readers!