CALLING ALL PATRIOTS! America’s Son, Don Jr., Is Under ATTACK! Flood Social Media With Your Nudes In Order To Distract The MSM And #KEEPDONSAFE! 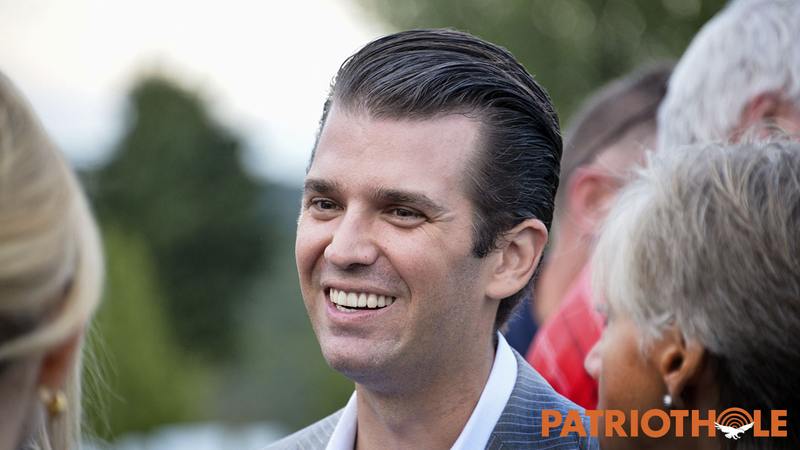 Patriots, this is NOT a drill!

America’s son, Don Jr., is currently under ATTACK by the mainstream media! Patriots, it is time for you to serve your country: Flood social media with your nude pictures in order to distract the MSM and keep Don Jr. safe!

Patriots, there is not much time to explain. All you have to know is that Don Jr. did nothing wrong! The only thing our beloved and gorgeous first son is guilty of is having a BORING meeting, and now the MSM is out to crucify him! The hysterical liberal media elites have gotten out their pitchforks and the only way to stop this witch hunt is if all patriots IMMEDIATELY release their nudes onto the internet as a tactical diversion!

Patriots, we know it is a serious demand to ask that you release your nudes. The image of your naked body is a sacred secret between you and God and your American spouse. But listen very closely now, patriots, because this is extremely important and the stakes have never been higher: Don Jr. is in trouble and he needs our help! It would be un-Christian to stand idly by and let America’s cherub suffer at the hands of the MSM.

That’s why we’re calling on all patriots to release your nudes and help #KeepDonSafe!

We’re talking all kinds of nudes, patriots! Full-body mirror nudes! Tasteful nudes that still show a lot of boob and ass! Dick pics! Unleash a powerful river of nudes onto social media that will bamboozle the MSM and wash away its lies about America’s baby boy! Patriots, there is no time to delay! Put your penis in a picture and put that picture online! That is a direct order, patriot!

Do NOT censor the nudes, patriot! Every time you obscure your genitals with a thigh or a piece of furniture like a lamp or something you are letting the muckrackers at CNN and MSNBC win! Leave the nudes uncropped and uncensored and put them on Twitter, Facebook, Pinterest, etc.!

If a loved one of yours has passed away, release their nudes as well! It is a great honor to serve the first family even in death! Honestly, patriots, if you do not have a cache of nudes of your dead relatives on hand for EXACTLY THIS KIND OF SCENARIO then you might as well be a CNN on-air Soros drone and deserve to burn in the Christian Hell. We need all hands on deck for this one, patriots! They are coming after America’s son!

Patriots, we knew there would be a time when Trump would call upon us to defend him and his family against the deranged hellhounds of the “tolerant” left. Well, that time has come. As you read this, the left-wing nutjobs at CNN and MSNBC are coming after Don Jr. Patriots, America’s son needs you to release your nudes now! Don’t let him down.