Celebrating An Icon: President Trump Has Invited Joe Camel To The White House In Honor Of Being The Coolest Camel He Has Ever Heard Of 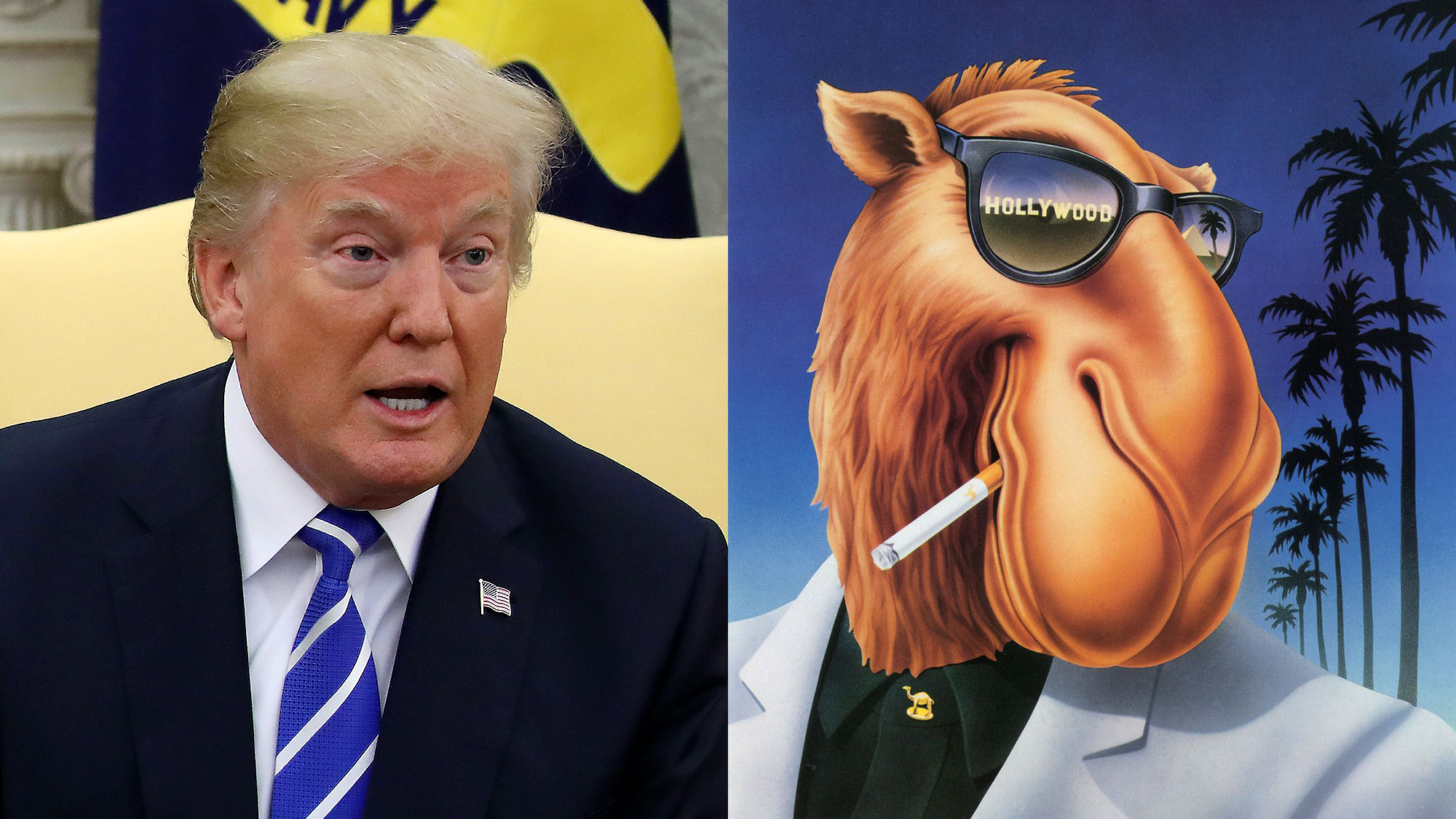 Well, this is a pretty huge deal. Donald Trump just rolled out the red carpet in a major way for someone he apparently holds in very high esteem: President Trump has just invited former Camel cigarette mascot Joe Camel to the White House in honor of being the coolest camel he has ever heard of.

Wow. Sounds like Trump is really eager to meet the cartoon camel he recognizes from all those cigarette ads in the ’80s and ’90s!

A press release issued by the White House yesterday stated, “President Donald Trump hereby invites the esteemed Mr. Joe Camel to a formal banquet dinner in his honor. Mr. Camel is the coolest camel President Trump has ever heard of, and it would be his pleasure to enjoy an evening of dining and entertainment with Mr. Camel. Mr. Camel is welcome to bring his pool cue, saxophone, and as many beautiful lady camels as he likes.”

Today, Trump again promised the leather-jacketed cartoon camel a great time if were to stop by the White House via a series of early-morning tweets.

It’s unclear what exactly spurred Trump to invite Joe Camel—who hasn’t appeared in advertising in over 20 years—to visit the White House. Some have speculated Trump invited Joe Camel to the White House due to a belief that it exculpates from claims of racism, while others assume Trump was probably just looking at the Google image results for “cool camels” and saw Joe Camel in an old Camel ad. Whatever the case, it’s going to be really fascinating to see how Trump’s invitation for Joe Camel to visit the White House plays out.