Chilling: This New Anti-Smoking Campaign Demonstrates The Horrific Effects Of Having To Make Small Talk With A Coworker By The Dumpster 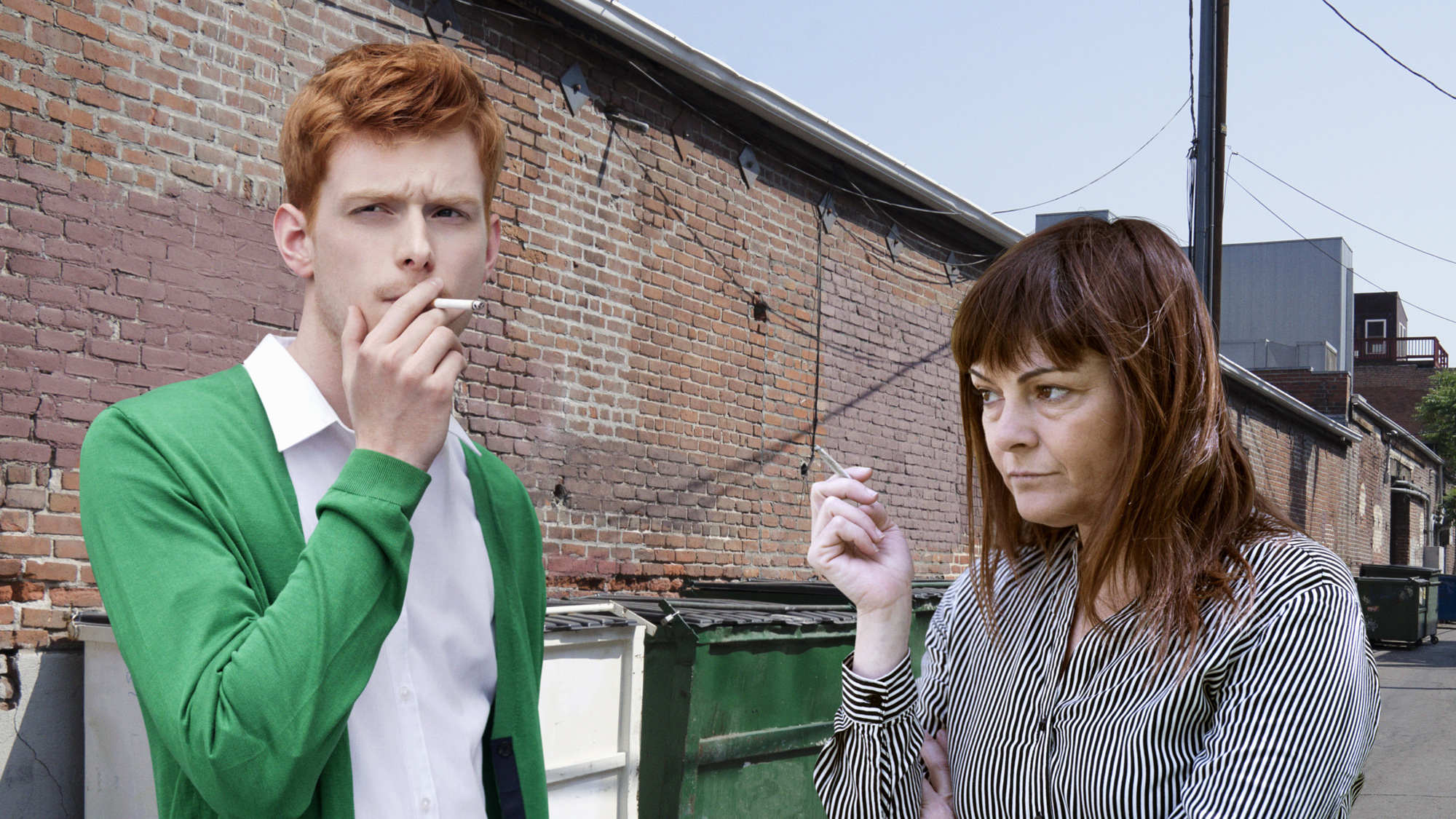 Absolutely chilling. This disturbing message is sure to scare any potential smokers off of tobacco for life.

The FDA released their new anti-smoking campaign this week to show the harrowing effects of having to force a conversation with some co-worker who you neither like nor care about.

The powerful video PSA opens with a middle-aged man in business casual attire enjoying a cigarette beside a dumpster in a city alley. All is going well for him when, suddenly, a dark shadow emerges from beyond the dumpster. Ominous music plays as the shadow is revealed to be his coworker, who pulls out a lighter and cigarette. They stand silently for a few moments. The tension is palpable. Finally, the second man says, “So… it’s nice to finally get some summer weather, huh?” as the first man nods in agreement. The PSA ends as the voiceover states, “It’s never just a smoke break.”

As if that commercial wasn’t already disturbing enough to convince the next generation of kids not to smoke, the campaign also features print ads with testimonies from former smokers telling harrowing personal tales of the excruciating small talk they’ve endured as the result of a lifetime of smoking. In one, a photo of a woman with a tracheostomy hole is followed by a quote describing her experience: “During the worst parts of my addiction, I was making forced conversation in my office parking lot five, six times a day. Interrupting long, unbearable silences to ask coworkers awful questions like, ‘How are things going in your department?’ as if I was possibly interested in the answer and not just trying to make the 10 minutes we’d be standing there move faster.”

In another billboard ad, two coworkers stand smoking next to a dumpster, accompanied by a direct warning of the awful consequences you’ll have to endure if you smoke: “This is Shannon. If Shannon didn’t smoke, she’d still have no idea what this guy’s favorite podcasts are. Don’t get stuck making tedious chit-chat with some person you barely know.”

Wow. These images are truly graphic, but sometimes you need to use fear to convince people to make healthy choices. Here’s hoping this campaign reaches as many people as possible and saves them from the horrors of discussing their weekend plans with one of their coworkers out by the garbage.