Class Action Finally Settled! If You Owned A Tamagotchi In The ’90s, You’re Gonna Be Mailed A Live Dog 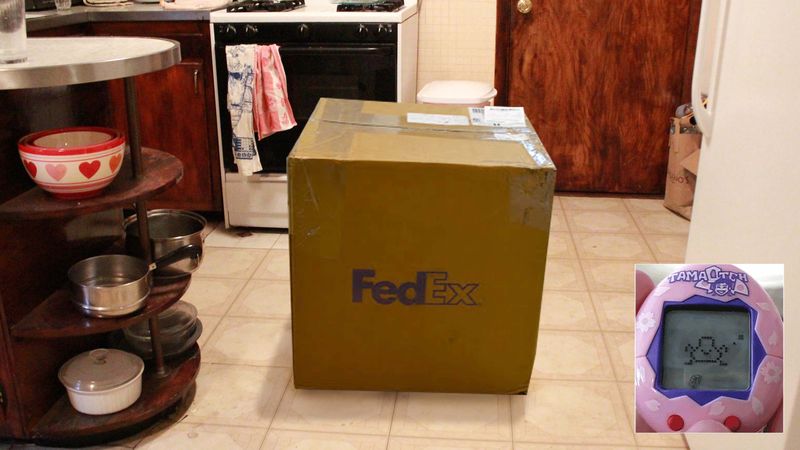 If you owned a Tamagotchi between Nov. 23, 1996 and Jan. 1, 2014, you just won a lawsuit. Earlier this week, the Bandai corporation settled a class-action lawsuit for false advertising over its claim that the toy was a real pet.

Turns out this was deceptive marketing, since Tamagotchis are actually not pets, but electronic toys meant to merely digitally represent animals. Over the past 15 years, the company has been inundated with lawsuits from angry people who purchased Tamagotchis. But here’s the good news: Bandai has agreed to make it right by sending every Tamagotchi owner a live dog!

That’s right: According to the terms of the settlement, Bandai will be packaging and mailing millions of dogs over the next several days. So, Tamagotchi owners should be on the lookout for large boxes filled with dogs in their mail as early as next week!

Shortly after settling the lawsuit, Bandai also offered this apology:

“It was never Bandai’s intention to deceive our customers. We are deeply sorry to the millions that thought Tamagotchis were real pets, and we hope people who receive their dog in the mail this week will feel sufficiently compensated for the inconvenience.”

What breed of dog will you get? There’s no way to know. The settlement’s terms allow Bandai to send Tamagotchi owners any dog, as long as it is alive. It can be any breed, any size, any gender, trained or untrained. All the dogs will be named Tamagotchi, though.

For everyone who was crushed when their “virtual pet” turned out to be a crappy plastic egg, this was an injustice that could not be fixed soon enough. Finally, we’re all going to get the dogs we deserve!